Where are you going? Your survival age is over ...

April 8 2016
263
What does a person feel when experts from the economic sphere or state structures say to him: “Oh, brother, your age is about to exceed the survival rate!” Well, if a person does not immediately understand what is being said, otherwise he may be a specialist interlocutor and fist (crutch, badik), where it is necessary to move.


And after all, it is precisely the increase in the survival rate of Russians in recent times that individual state institutions are engaged in, whose tasks social sphere often includes only on paper. First of all, we are talking about the Pension Fund of Russia, which somehow suddenly decided to roll its well-known chanted advertising on the central channels of the national TV.

So, if someone suddenly does not know, then the coefficient of survival or age of survival (he is the term of survival) - this is the time interval after which a person MUST, according to the findings of the specialists of the Pension Fund of the Russian Federation, DIE that head about how to pay him a pension. Yes, yes - the term of survival is out - be kind enough to appear before the Lord’s court, because there is no money in your retirement account ...

For example, a person by the time of retirement has accumulated an amount of 1,5 million rubles. This million will be divided into 234 months (19,5 years) to get the amount of monthly pension payments. In this case, the pension will be 6410 rubles. This is without taking into account possible indexations, additional payments, etc. What is called "naked" pension.

If a person (and this is a real nightmare of the Pension Fund) suddenly decides to live beyond the very term of living that the “retirement” officials have designated for him, then the Foundation is gritting his teeth. He squeaks because in Russia, according to the law, pension payments are made for life (from the moment a person retires), and since the pensioner has “eaten” all funds, the Fund needs to go to other accounts and take it from there. Ah ah ah! Poor-poor Pension Fund ... - Well, at least that's what his experienced employees say about themselves ...

But after all, it is not a secret to anyone that the minority of Russians retiring “survive” during the entire period of their survival. Most die, not having lived and half of the period established by the FIU. The statistics (and this was announced by Russian Prime Minister Dmitry Medvedev during the week) suggests that the average age in Russia today is 71,4. If both male and female survival are averaged, then it is equal to 77 years. Simple arithmetic says that from the Fund’s resources (in fact, from their own funds), on average, Russians do not receive enough of their pensions for 5-6 years. They simply die before they reach the notorious age of survival of which we are talking. No, of course, someone will live more, but such people (and this is also a statistic) are less than 10% of the total number of retired people. 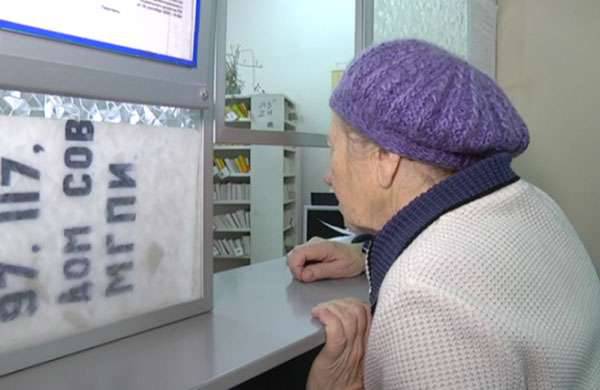 It turns out that a person, in order to take a little more from the FIU, will have to “live through” the term of survival, which the Russians are set by the most humane of the humane officials of the Foundation. But that's the happiness for such officials - 90% of pensioners do not reach this level, actually giving money to the Fund. And it’s not possible to track the fate of these funds more often, because the FIU, in its closeness, will give odds to any organization, including even special services ... Moreover, the fund for informational coverage of the aforementioned side of its activity is equally closed both to pensioners themselves and to journalists whose duties include informing the public, including on pension topics.

And against the background of the fact that 5-6 funds of the “under-lived” millions of retired years are actually settling in the fund, there are new claims that the Pension Fund, you see, has huge losses, that its accumulability is critically weak, and that enough now. On the eve of the newspaper "News" There was a material in which a World Bank specialist, actually echoing individual representatives of the state apparatus, said that you say you want it or not, and you will have to raise the retirement age in Russia. They say that this measure is unpopular, but (this is a quote) "life expectancy in Russia has increased dramatically in recent years, including for men - almost to 66 years ..." They say they began to live a long time, the Herods ... By the way, the World Bank For about a year, it monitors the state of the pension system in Russia by order of the Central Bank.

So, the WB specialist says that the life expectancy of Russians, you see, "has increased dramatically." Men - right up to 66! .. And the fact that from 66 until the end of the term of survival of men, determined by the FIU, there are still more 13 years - how would you comment on this fact in the Central Bank and the World Bank?

In short: where is the money, Zin! .. Where are they going? Is there any transparency in their dynamics? Or transparency at the level of the bitumen stream? ..

And therefore, is it not time, instead of regular attempts to justify the upcoming retirement age, to shake up (while through “I”) the apparatus of the Fund itself, which itself sets incomprehensible life levels and, it must be assumed, is glad that they will live to these levels. still not real.

Ctrl Enter
Noticed oshЫbku Highlight text and press. Ctrl + Enter
We are
Raising the retirement age. Forced measure for the development of the economy or a threat to the social order of the country?Results of the week. You want to live - not so raskoryachishsya
Military Reviewin Yandex News
Military Reviewin Google News
263 comments
Information
Dear reader, to leave comments on the publication, you must sign in.