April 7 2016
14
A Syrian military transporter, accompanied by Russian fighters, delivered and landed humanitarian supplies to the city of Deir-ez-Zor, which was besieged by the terrorists. Ministry of Defense of the Russian Federation. 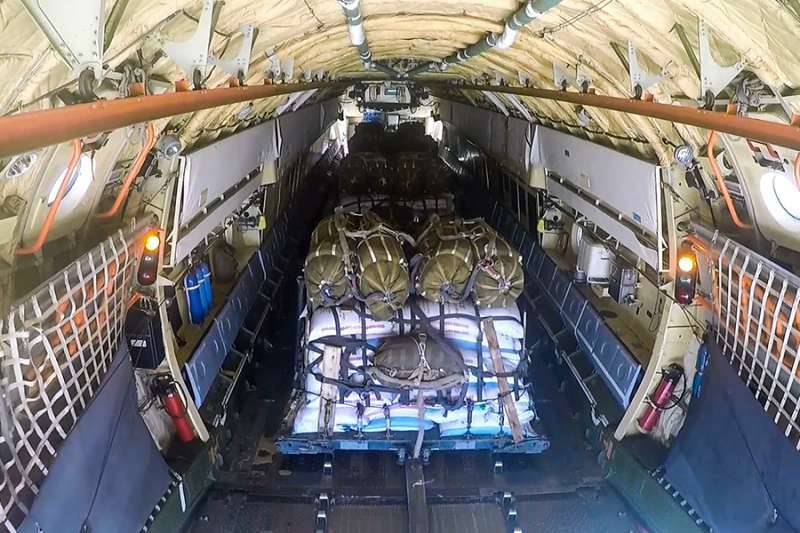 “Cargo delivery from the International Red Crescent was carried out from the Khmeimim airfield by the IL-76 aircraft of the Syrian Air Force, accompanied by Russian fighters Su-30 and Su-35. Four parachute platforms with 30 tons of humanitarian aid were dropped over terrorized areas of Deir ez-Zor, ”
says release.

It is noted that "about 200 thousand inhabitants surrounded by ISIS militants of the city of Deir-ez-Zor are in desperate need of food, medicines, fuel and other essential goods."

For several months, various international organizations have been making unsuccessful attempts to organize the delivery of aid to the besieged city. This “delivery of International Red Crescent cargo to Deir-ez-Zor was made possible with the assistance of the Russian Center for Reconciliation of the Warring Parties in the Syrian Arab Republic,” the Defense Ministry said.