April 7 2016
121
During the week, the All-Russian Public Opinion Research Center presented the results of the poll, during which Russians could give their assessment of the work of individual cabinet ministers. To begin with, respondents who, according to VTsIOM, had 1600 (for each of the survey sections), were asked if they could name the ministry headed by a particular minister. Questions were asked for each of the "ministerial" surnames. 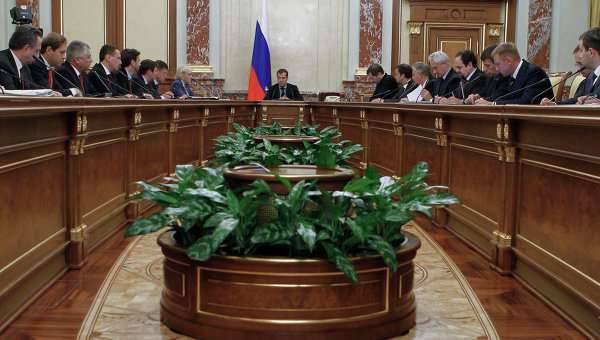 It turned out that only two ministers interviewed Russian citizens are sufficiently informed. 75% of respondents are aware that the Ministry of Defense is headed by Sergei Shoigu. 70% know that Sergey Lavrov is the head of the Ministry of Foreign Affairs. But with the other "ministerial" surnames, the respondents had obvious problems. Vitaly Mutko entered the top three. The fact that he is the Minister of Sport of the Russian Federation, 37 know% of those surveyed by experts VCIOM.

And so about the positions in the government are such people as Arkady Dvorkovich, Mikhail Abyzov, Sergey Prikhodko, Lev Kuznetsov, Sergey Donskoy, Maxim Topilin and Alexander Khloponin know literally a few. Least of all, Russians are aware of the position that Alexander Galushko holds (Minister for the Development of the Far East) - 98% shrugged their shoulders.

Should I emphasize such results? It is possible that yes, but by and large similar polls are being conducted in other countries, and there, more often than not, we are even worse aware of who is in the government in which position. For example, in Finland, a similar survey showed that more than 40% of respondents could not name the names of three (any) ministers of the Finnish cabinet, however, Finland is not experiencing any serious problems with the economy, social sphere or security issues ...

And therefore, commenting on the result published by the VTsIOM, we can say the following: it would be better for ministers to penetrate more often into the pressing problems of ordinary Russians, than the Russians remembered what position in a government this or that person is in. In the end, the cabinet is unlikely to be a set of such pop stars, so that their names are constantly heard. It is important to succeed in the industry, which the minister heads, and not the PR campaign ... And the fame of the minister’s surname for the success of his work in the Cabinet is a secondary matter.

The second question from VTsIOM was related to the efficiency scores that the respondents had to give to the ministers. There were only three ministers in the "horoshist". First place: Defense Minister Sergei Shoigu, who scored 4,7 points on a 5-scale. And this, by the way, is his personal record in the position of the head of the defense department (in 2012, he began with 3,07). On the second line of the Vciomov "rating" - again, Foreign Minister Sergei Lavrov, who "fell behind" his colleague by only 0,03%, "gaining" an 4,67 score. In the top three of the “horror” ministers, Emergency Situations Minister Vladimir Puchkov marked 4,18. And this is also his record. The first period of work after Sergey Shoigu with Vladimir Puchkov ended with a “triple point result”.

The most "successful" of the "troechnik" ministers was the deputy chairman of the Russian government, Dmitry Rogozin, to whom the people gave 3,69 points.
Main intrigue: are there any ministers “Losers”? There is! There are five of them, and at the very bottom of the list are such persons as Minister of Economic Development Alexei Ulyukayev (2,83) and Minister of Education and Science Dmitry Livanov (2,72). It should be noted that these ministers are also leaders, so to speak, for negative stability. Estimates of their activities by the Russians fit into a very narrow "double-triple" interval from 2,7 to 3,4 - for the entire period of similar surveys on the composition of the current cabinet of ministers (from 2012 of the year).

In principle, the estimates given by Ulyukayev and Livanov are understandable. Ulyukaev’s assessment is understandable, if only because the Minister of Economic Development is in the cabinet of ministers, but there is no economic development, and there isn’t even a purely statistical point of view. By the way, quite recently, Aleksey Valentinovich Ulyukayev himself defined the state of the economy, and, therefore, of his work as the title of a book whose authorship is attributed to Vladislav Surkov: “Okolonolya”. True, here Aleksey Valentinovich was somewhat glossed: 2-3 was “okolonol” a year ago, and now the work of the Ministry of Economic Development is already “lowwith” ... But, as is known for some time, we have to trust the ministers crossing does not change, for one broken two unbeaten give, etc. In general, the ministry is still headed by the minister of the “bottomline” ... And how much there should be a “bottoming line” for something to change in terms of personnel - a big question.

The assessment of Livanov is also understandable, because the strategy of the Ministry of Education and Science is still completely unclear. What, so to say, product is it going to get in the end? The words about a “comprehensively developed personality” have already, I'm sorry, saddled at all, without exception, to adequate teachers, and educational standards and programs can be interpreted almost with mutually exclusive conclusions. As a result, in Russia today the largest percentage of students and other students per capita (6,5 million only university students), a significant indicator of paper achievements in terms of the quality of knowledge, but “output” at best, the “Soviet” troika, issued today for “good” "Or" excellent. " People with three diplomas of higher education are not even surprised, as it is not surprising that training in three "universities" by such people took place almost simultaneously, and even without leaving the place of work in the massage salon ... As a result - "A qualified specialist" (bachelor, master) in the field of engineering, who does not know how to find "cosine" even on a calculator, not to mention what this "cosine" is - the sad statistics of today ...

I wonder if at least the ministers themselves draw any conclusions from the results of such polls by VTsIOM?

Ctrl Enter
Noticed oshЫbku Highlight text and press. Ctrl + Enter
We are
Situational analysis of the death of the MH17 flight (Malaysian Boeing 777), made on the basis of engineering analysis from 15.08.2014Data on the attitude of Russians to the Russian army and the Minister of Defense
Military Reviewin Yandex News
Military Reviewin Google News
121 comment
Information
Dear reader, to leave comments on the publication, you must sign in.