National Guard of Russia. They talked about its creation for more than ten years

In 2012, Army General Nikolai Rogozhkin, who at that time held the post of Commander-in-Chief of the Internal Troops of the Ministry of Internal Affairs of the Russian Federation, was appointed to the position of head of the new power structure (Nikolay Evgenievich Rogozhkin spent almost 10 years in this position - from August 2004 to May 2014). However, in 2014, Nikolai Rogozhkin was dismissed from military service and appointed Plenipotentiary Representative of the President of the Russian Federation in the Siberian Federal District. Another possible candidate for the post of commander-in-chief of the National Guard was called back in 2012 by Colonel-General Viktor Zolotov, a representative of the special services, who for a long time was responsible for the security of the highest officials of the Russian (and formerly Soviet) state. 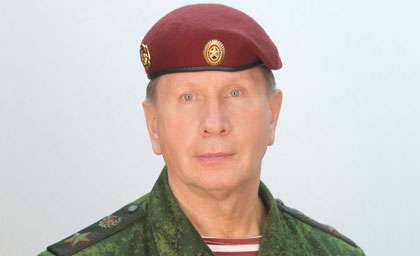 Naturally, the idea of ​​forming the National Guard as separate troops, subordinate directly to the president and focused on solving operational tasks of ensuring national security and protecting the constitutional order of the country, then caused numerous criticism from the Russian opposition, especially of the liberal side. The government was almost blamed for creating “guardsmen” not controlled by the federal ministry responsible for law and order. At the same time, the oppositionists ignored the fact that such structures exist in many countries of the world, including their beloved United States of America (National Guard), as well as such countries of Europe as France (National Gendarmerie) and Spain (Civil Guard). However, neither in 2004, nor in 2012. there were no measures to create the National Guard, so it seemed to many that this idea would remain at the level of long-term projects and is unlikely to be implemented in the foreseeable future. General of the Army Nikolai Rogozhkin, commanding the Internal Troops, said that the Internal Troops would retain their status and former appearance until 2015, as the Security Council of the Russian Federation decided. As you can see, he was right - the situation changed in 2016. From April 5 2016, the National Guard in the Russian Federation can count the beginning of its existence. 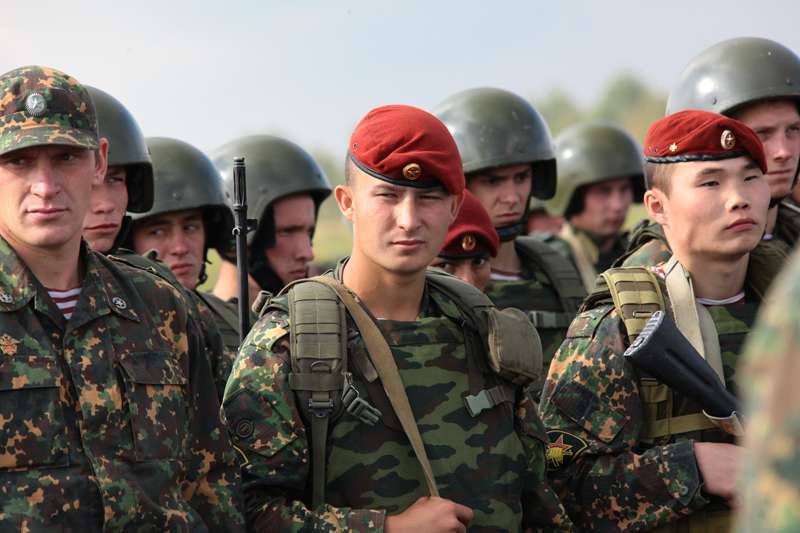 Some analysts speak of the creation of the National Guard as a separate power structure, separated from the Ministry of Internal Affairs of the Russian Federation, as an enhancement of the personal political positions of specific individuals, in particular, the commander-in-chief of the Interior Troops of the Ministry of Internal Affairs, General Viktor Zolotov. This version of the journalists RIA News voiced by the head of the Center for Economic and Political Reforms Nikolay Mironov. A new independent power structure, which will work in close contact with the Ministry of Internal Affairs, but at the same time being well-armed, trained and highly mobile troops, is an additional power resource for power. Naturally, the position of the leader of this power structure and its influence in the higher echelons of the Russian government is increasing dramatically. On the evening of April 5, it became known that President of the Russian Federation Vladimir Putin signed a decree appointing General of the Army Viktor Zolotov to be the director of the Federal Service of the National Guard of the Russian Federation.

At the same time, the Ministry of Internal Affairs of the Russian Federation also received “compensation” - the Federal Migration Service and the Federal Drug Control Service were included in the ministry. In fact, the isolation of these structures from the Ministry of Internal Affairs at one time was quite a controversial idea. After all, the creation of independent migration and anti-drug structures significantly complicated the functioning of the Ministry of Internal Affairs and law enforcement in general, since there was a need for interdepartmental coordination of activities. In addition, the ministry and federal services in some matters performed virtually duplicative functions, and the FMS and Federal Drug Control Service officers still did not have the full powers of the police officers and were not perceived by society as such. An even more important problem was the lack of staff of the Federal Drug Control Service and the separation of the functions of the department from the fight against ordinary crimes, which are closely related to the spread or use of drugs. This created additional difficulties in the fight against crime in the territory of the Russian Federation. So, the decision to transfer the FMS and Federal Drug Control Service to the Ministry of Internal Affairs can be considered quite justifiable, especially in difficult economic conditions, when there really will not be reductions in the budget expenditures related to the financing of independent law enforcement agencies. 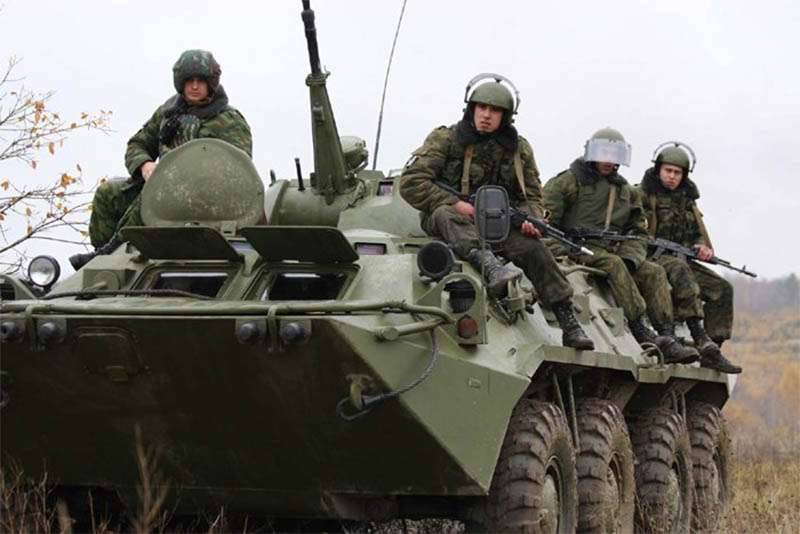 The importance of strengthening the troops ensuring national security and protecting the country's constitutional order is beyond doubt. Moreover, in such a difficult situation that we see today in the world, including in close proximity to the Russian borders. The fight against terrorism and extremism, with the threat of new “hybrid wars”, with “color revolutions” and riots implies the creation of a modern and mobile power structure capable of effectively responding to all the challenges and risks of modernity. Therefore, it is difficult to challenge the relevance of the creation of the National Guard, especially since this issue has been repeatedly worked out by the Russian leadership at the highest level.

However, some questions are caused by the “symbolic” side of the formation of a new power structure. As you know, the First National Guard was created in Paris in 1789 in accordance with the decision of the Constituent Assembly of France - to protect the order in the city during the Great French Revolution and subsequent events. Later, the National Guard called the armed forces of the Paris Commune. In 1872, the French National Guard was dissolved. Then this name began to be used by militarized formations that performed the functions of protecting internal order and national security in a number of countries around the world. It is noteworthy that the name “National Guard” itself is used primarily in those countries with which the Soviet Union, and then the Russian Federation, had very complex relations.

The most famous, of course, is the National Guard of the United States of America, which is an organized reserve of the US Armed Forces and is used to suppress riots and popular uprisings, to eliminate the consequences of emergency situations, to combat crime and illegal armed groups. Their national guards in the twentieth century and now has a number of countries in Central and South America - they created these structures along the lines of the US National Guard. In 1990-s. National Guard units existed in Chechnya under the rule of Dzhokhar Dudayev, in Georgia. The National Guard was created in the post-Soviet republics - Azerbaijan, Kazakhstan, and Ukraine, where it actually replaced the former Internal Troops, taking most of their functions. At the same time, in Ukraine, the National Guard existed twice - from 1991 to 2000. and, again, from 2014, on the basis of internal troops. Up to the present, the National Guard of Ukraine is not a separate power structure, but is part of the Ministry of Internal Affairs of the country.

After the events in Ukraine 2013-2014. and the beginning of the armed conflict in the Donbass, the very phrase “National Guard” has acquired a negative connotation for many Russian citizens. Ukrainian "National Guard" served in the media exclusively as a punitive organization dedicated to the suppression of speeches of residents of Donbass and terrorizing the population of Russian-speaking territories. The so-called “volunteer battalions of the National Guard”, largely staffed by activists of Ukrainian nationalist organizations, became notorious. Many war crimes committed on the territory of Donbass were associated with the activities of these battalions. In one of these battalions, the well-known Nadezhda Savchenko, recently convicted by a Russian court, served as a spotter.

Of course, the very phrase “National Guard” cannot bear negative implications - the guard is the best, selected units, the National Guard is the best, selected troops of the country used to protect national security. However, the war in the Donbass for many made the phrase "National Guard" a household word. Now it cuts off hearing, if not the majority, then a considerable part of Russians for sure. And first of all it concerns the same residents of the Crimea, recently reunited with Russia. In general, with the renaming of the Internal Troops to the National Guard, the same may arise история, as with the renaming of the police to the police. In everyday life, many Russians still call the police the police, the police the police, the exact same situation can be, if, instead of the well-known “BB-Schnick”, appear “national guardsmen”. In any case, the adaptation of the Russians to the new name will take quite a long time.