The new aggravation in Karabakh, as well as the recent border conflicts in Central Asia, raise extremely important questions for Russia about the future participation of our country in the framework of the CSTO alliance in general and in foreign conflicts in particular. It is no secret that following the very first war in Karabakh, the claim of both Armenians and Azerbaijanis towards Russia was absolutely the same and expressed with the words “You did not let us win!” It is obvious that our participation in peripheral conflicts is becoming increasingly ungrateful, unpromising and more importantly, questionable from a national security point of view. 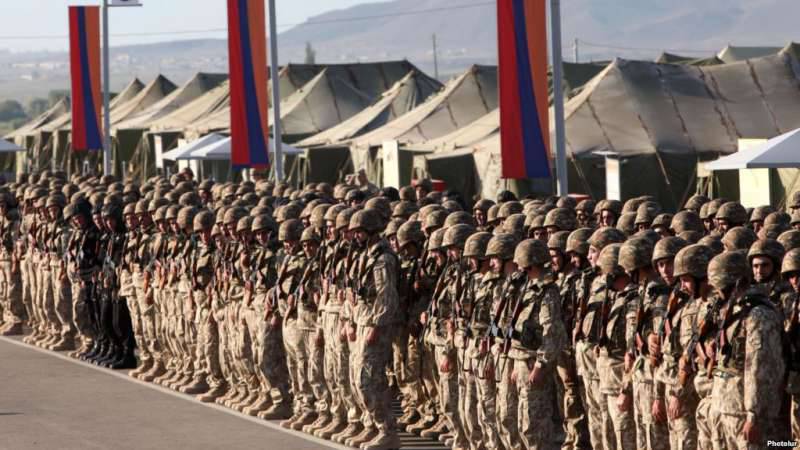 The fundamental questions are even wider. And the price of these questions is a lot of money from the pockets of poor Russian taxpayers, the lives of our military personnel and the interests of the Russian Federation itself. This is where the inconsistencies begin. Everyone knows that the Collective Security Treaty (the forerunner of the CSTO) was signed on 12 on May 1992 of the year, that is, almost immediately after the collapse of the USSR. Initially, it included Armenia, Russia, Kyrgyzstan, Kazakhstan, Uzbekistan and Tajikistan. All these countries plus Belarus and minus Uzbekistan constitute the core of the alliance today. In each of the CSTO countries, Russian military facilities are functioning.

From the very beginning, the creation of the CSTO would have three main objectives - one official and objective, and two unofficial, public announcement of which would reveal the viciousness of the alliance and the categorical discrepancy of such a structure to the national interests of the Russian Federation.

The objective reason was the formation of a certain surrogate of the security system in the former Soviet republics, while the Russian Federation is building a new, already internal perimeter on its borders. Considering that the last perimeter of security, which had been forming for decades, literally collapsed, the creation of its temporary counterpart was quite a reasonable task. True, the new perimeter turned out to be very leaky, which sharply reduced its value, but this is already particular.

The second, already unofficial, reason for the creation of the CSTO was the mutual power support of the oligarchic and frankly feudal regimes that came to power in all (except, perhaps, Belarus) the above-mentioned republics of the former Union. Such actions had nothing to do with supporting Russian national interests or the Russian world. On the contrary, Russia allowed the regimes to be strengthened, which exterminated and expelled the Russian population, corroded everything Russian, which they still do with enthusiasm. Of the most recent and harmless examples - the renaming of the city of Chkalovsk in Tajikistan last year.

The third reason can be called "weight on the legs." Russia sample 1992, the country was completely controlled by external forces. Only later did Yeltsin form a kind of local autonomy, which was inherited by Putin. And then, in the 1992 year, and much later, American politicians frankly stated that they would not allow integration processes in the post-Soviet space. Since the formation of the CSTO in Washington allowed, therefore, this structure is in the interests of the United States. It is understandable, a weakened Russia took on the maintenance of new, often Russophobic, regimes, without demanding anything in return. That is, with their own hands, with wise prompts from across the ocean, weights were hanging on their feet.

Since then much water has flowed. The main objective reason for the formation of such a strange alliance as the CSTO, has lost its relevance to the beginning and middle of the zero, when Russia is crooked, askew, but created an internal security perimeter. So there is no more practical sense in this anachronism. There are only costs.

For example, Russia can send ships to the same Syria. In Armenia - no. To our garrison in this Transcaucasian republic we will have, in the event of a radical aggravation of the situation, to break through the corridor through Azerbaijan or Georgia, or to bow to all of Iran. At the same time, no one so clearly and could not answer what critical interests in Armenia the Russian Federation has, that we need to go to such difficulties and risks. Frankly, such interests are not visible at all, especially if we recall the role that Armenian nationalism played during the collapse of the USSR. Russia is no longer the protector of the Christian nations, it does not carry the messianic idea. On this particular segment stories it has quite trivial and prosaic tasks - to survive, save resources, start modernization.

However, Armenia is only a special case here. Here, for example, how to be Russia, if Kyrgyzstan or Tajikistan (CSTO members) send their military units to the territory of Uzbekistan (not a CSTO member) with whom they have territorial disputes. As recent events have shown, this is quite possible. The question arises how to behave in Russia if Uzbekistan logically responds to the invasion with a military force, and the "allies" turn to Russia for military assistance? At the same time, they will hypocritically claim that the insidious enemy attacked them on their own land, without specifying that the collision took place on the territory that the subject only considers its own because of some personal considerations. Here is an excerpt from the CSTO Treaty describing such situations:

As we see, the situation, to put it mildly, is very non-specific, which makes it possible to interpret it in one direction or another. It is not specified what to consider as aggression, and in what geographical framework. For the sake of interest, it is worthwhile to compare the main treaty of the CSTO with the corresponding NATO treaty, where everything is much more specific and unequivocal. Here is an excerpt from the NATO base document:

- to the armed forces, ships or aircraft of any of the Contracting Parties, if these armed forces, ships or aircraft were located in these territories, or above them, or in another region of Europe, or above it, if they or in it at the time this Treaty entered into force, the occupying forces were stationed in one of the Contracting Parties, either in the Mediterranean, or above it, or in the North Atlantic zone north of the Tropic of Cancer, or above it.

The Anglo-Saxons are famous for competent drawing up of legal obligations. In our case, very unpleasant incidents can occur, some of which can even involve China. Recall from the Central Asian republics to the Middle Kingdom for these 25 years moved a lot of pieces of territory. Who knows if these deals have proper legal registration?

In fact, it is obvious that the creation of the CSTO in 1992 in the year of 1992 was an erroneous step, as was the inclusion in the alliance of the republics of Central Asia with their endless territorial disputes, and even without common borders with Russia. The mistake was the adoption of Armenia with its active (!) Military conflict with Azerbaijan, and also not having common borders with the Russian Federation. Previously, these enclaves, by inertia, were perceived by Moscow as part of a single space, to which there will always be direct access. History has shown that this is not at all the case. Therefore, a global rethinking of the entire configuration should occur.

It should be understood that any practical use of the CSTO, in contrast to 1992, has become zero, because the internal security perimeter has already been approximately established. From the alliance for Moscow, there are only “weights on their feet”, in the form of support for the Russophobic regimes, and a beautiful picture on TV for a few electorate who understands: they say, Russia is leading the integration processes in the post-Soviet space. The fact that in the objective reality the processes are directly opposed to any kind of integration is known to us only very few. “The outpost of Russia to [substitute the necessary]” - sounds, of course, proudly, but the practical value of such an “outpost” in fact turns out to be even not zero, but a negative figure.

As with Alexander the Third, Russia has no allies except its own army and fleet. Those countries that loudly call themselves “Russia's allies” are in fact parasites and parasites who want to solve their problems at the expense of Russian money and the blood of Russian soldiers. Although the CSTO treaty provides for mutual assistance, there can be no doubt that small, but proud countries will not lift a finger to help Russia in any circumstances that are critical for us. Today, it is becoming clear that the CSTO in its current form makes sense to curtail, in whole or in part, retaining only bilateral agreements on key unique objects for Russia - the Baikonur cosmodrome in Kazakhstan or the Okno space observation complex in Tajikistan. This, perhaps, will be our main strategic interest.

In the extreme case, a military alliance can be revived a little later in an optimal form, like the alliance of Russia with Belarus and Kazakhstan. In its present form, we can fully maintain such a configuration without overstretching our rather scarce resources. The outbreak of violence in Karabakh is just another bell, confirming the fact that the forces of the Russian Federation, which it can throw on the scales, are not infinite.

Ctrl Enter
Noticed oshЫbku Highlight text and press. Ctrl + Enter
We are
The tragedy of the American army ("The Atlantic", USA)Situational analysis of the death of the MH17 flight (Malaysian Boeing 777), made on the basis of engineering analysis from 15.08.2014
Military Reviewin Yandex News
Military Reviewin Google News
150 comments
Information
Dear reader, to leave comments on the publication, you must sign in.