April 3 2016
100
The President of Ukraine has appointed a new commander of the Navy, said the head of the country's Navy press service, Oleg Chubuk. 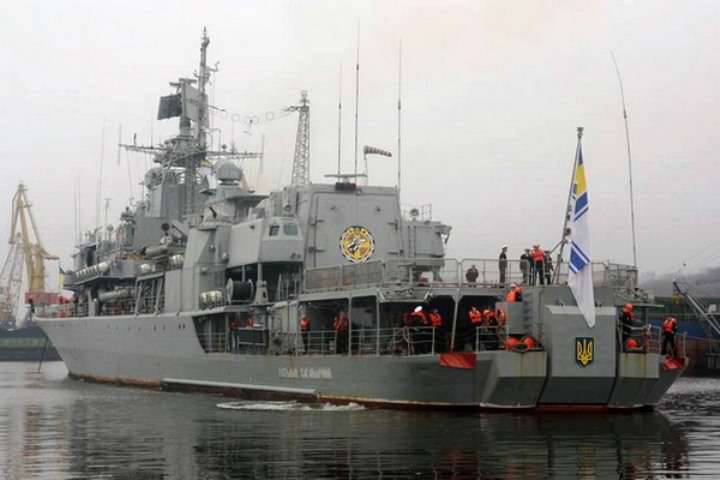 The name of the new commander is not called. Yesterday Chubuk announced that the presentation of a new fleet will take place on board the Hetman Sagaidachny.

“The presentation of the new commander will be today (on Saturday), yes, but the event is closed to the press,” the newspaper quotes Chubuk Look.

Nevertheless, the Dumskaya publication, citing its sources, reported that “the former commander for coastal defense, a member of the ATO, Lieutenant General Igor Voronchenko, became the new commander.”

Earlier, in March, it was reported that the commission of the Ministry of Defense, which conducted an audit on behalf of Poroshenko, revealed serious shortcomings in the organization of the service on navy. In particular, "multiple cases of desertion" were opened, as well as cases of Ukrainian officers visiting Crimea. "

In addition, it turned out that “Rear Admiral Sergei Haiduk, commander of the Naval Forces of Ukraine, after being detained in March 2014 by Russian FSB officers in the headquarters building of the Ukrainian naval forces in Crimea, transferred to the Russian special services all the officers of the fleet.”

Ctrl Enter
Noticed oshЫbku Highlight text and press. Ctrl + Enter
We are
Reports from the militia of New Russia for 3 September 2014 of the year
Military Reviewin Yandex News
Military Reviewin Google News
100 comments
Information
Dear reader, to leave comments on the publication, you must sign in.