Turkish police detained Celik, who said that he had killed a Russian pilot 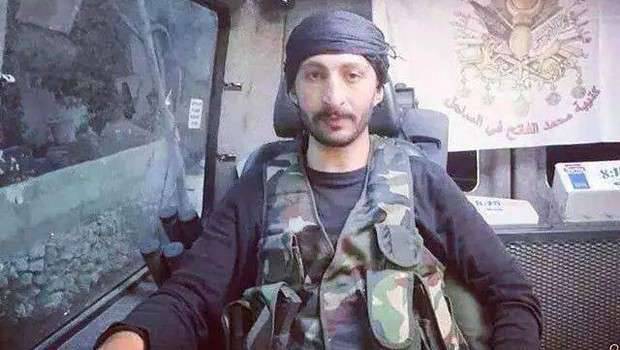 Together with Alparslan Celik, the police detained 14 people. However, the reasons for the detention of these persons in Izmir are not reported. According to some information, during the detention of Chelik and his accomplices they had a Kalashnikov assault rifle and several pistols. After the arrest, Chelik and other persons were taken to the Izmir version of the "slaughter" department - the police department to investigate serious crimes against the person.

One of the Turkish human rights activists said that so far no official charges have been filed with Alparslan Celik.

Recall that the Turkish media rather closely followed the movements of елиelik. Not so long ago, several Turkish newspapers published materials that told how Celik visited the funeral of one of his "comrades". After the mourning event, Celik announced that he would continue his struggle and was ready to return to the north of Syria. It is possible that he was returning, but he realized that it was now too hot in the north of Syria, and that even the Turkish artillery was not able to cover up. The restaurant is much calmer.

There is an opinion that even if the detention of Celik is somehow connected with the murder of a Russian pilot, official Ankara is not recognized through the media.

Ctrl Enter
Noticed oshЫbku Highlight text and press. Ctrl + Enter
We are
Turkish prosecutor’s office dropped charges from Alparslan Celik in the shooting of a pilot of a downed Russian Su-24M bomber Oleg PeshkovThe representative of the Turkish prosecutor's office: the Prosecutor General will consider the possibility of issuing Celik Russia, if received a request
Military Reviewin Yandex News
Military Reviewin Google News
56 comments
Information
Dear reader, to leave comments on the publication, you must sign in.