March 29 2016
50
Russia is ready to sell India two frigates of the 11356 project, the issue of obtaining power plants for them is being worked out, reports MIC with reference to the director of the military-technical cooperation department of the United Shipbuilding Corporation Alexei Dikiy. 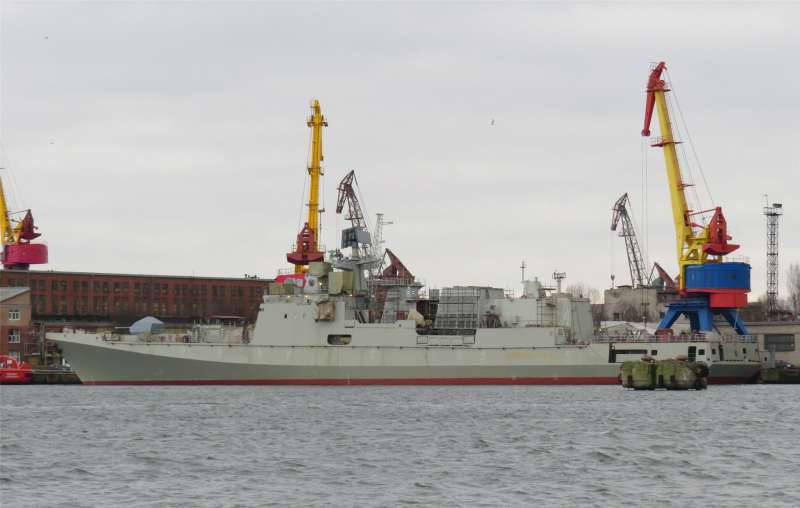 Previously reported readiness to sell the second three frigates in full. The construction of these ships for the Russian Navy has been suspended due to the non-fulfillment by Ukraine of contractual obligations for the supply of ship power units.

“The fundamental possibility of the completion of two hulls laid at the Yantar shipyard (Kaliningrad) of the 11356 frigates in the interests of the Indian Navy is being considered. If the Indian side decides to purchase these frigates, there are several equipment options, ”Wild said on the sidelines of the Defexpo India 2016 exhibition.

Help newspaper: “The displacement of the 11356 frigates of the 4 is thousands of tons, the speed reaches 30 knots, the autonomy of navigation is 30 days. These ships are equipped with the Caliber-NK missile system, the Shtil-1 anti-aircraft missile system and the Palash missile and artillery, the 190 mm A-100 artillery, torpedo and anti-submarine armament. In addition, each ship carries a helicopter. "

Ctrl Enter
Noticed oshЫbku Highlight text and press. Ctrl + Enter
We are
Innovation Day of the Southern Military District: Pictures from the ExhibitionThe action “Military service under the contract is your choice!” In Rostov-on-Don: future contract servicemen, exhibitions and “Russian Knights”
Military Reviewin Yandex News
Military Reviewin Google News
50 comments
Information
Dear reader, to leave comments on the publication, you must sign in.