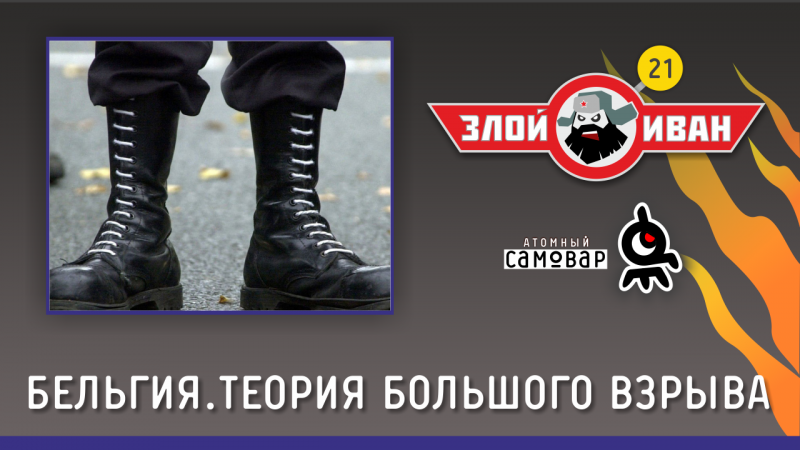 Hello to all ours and not to ours! I am Ivan Victory ... And today I am angry again!


The next attacks occurred in Europe, this time in Belgium, with the dead and wounded. ISIS already hurried to boast that it was their merit. Today I will not repeat the obvious things, about "I told you," and about "you are guilty." And now I will not even investigate the causes of the explosions and assign the perpetrators. These are minor details of what happened. We should be interested in the consequences of these events.
What will change in Europe now, and what awaits it in the near future?

No, one should not hope that Europe realizes that the tragedy that occurred is a boomerang after the countries it has destroyed together with America. For Yugoslavia, Iraq, Afghanistan, Libya, Ukraine, Tunisia, Yemen, Syria. For millions of broken destinies around the world. To count on such awareness would be too naive. It will not be, as there will be no repentance of Europe.

Neither Russia, nor Turkey, nor Israel or the countries of the Middle East, where terrorist acts occur more often, will not become worse for Europe. Europeans will still be indifferent to all these attacks. After all, they do not feel sorry for anyone more than themselves.

Now Europe is again experiencing horror and fear. And this is exactly what was the goal of the directors of this tragedy. It is these two feelings that are able to stir up the flames of hatred in the souls of small, cowardly, tolerant and multicultural Europeans.

The manageability of the European system is falling. Games of tolerance, multiculturalism and democracy have become too costly and expensive. The efficiency of the economy has long been in the negative. The global crisis is growing. Europe, in the grip of exorbitant debt by world financial money lenders, simply has no other choice. Or re-revive order and efficiency ... or stay only in textbooks storieslike a lost civilization.

So meet. An old acquaintance is European Fascism. And even the final act of the monstrous play with refugees with a long name "Welcome dear refugees, we will love you, pay you money and smile, and you will rape our women and shit on our heads" is coming to an end.

It served all the same purpose. To bare that nerve, the nerve responsible for intolerance and Nazism, he was overgrown with fat for well-fed and quiet years and could not be awakened by ordinary methods. And everything, as usual, will end the massacre of refugees, concentration camps, and at the same time, for the umpteenth time, they will richer the Jews. Well, the traditions in Europe are like that. The fact is that intolerance, Nazism, bestial cruelty ... this is the essence of the Europeans, no matter how they try to hide it behind the sugary smiles.

The whole history of Europe consists of mass, brutal murders, executions, genocides, extermination of other races and peoples. And do you really think that over the past 50 years with all sorts of gay parades, feminism, transvestites, tolerance, multiculturalism and other crap, you can erase the thousand-year animal instincts.

You could have the false feeling that Europe is mortally ill, that the disease of tolerance has long been neglected and simply cannot be cured. Unfortunately, this is not the case. The cyclical nature of historical processes obliges us to take into account the worst scenario. Namely, when united, now under the fascist and Nazi dictatorship, Europe, will again begin its sacred "Drang nah osten" - a campaign to the east!

It is in the destruction of Russia and the mastery of its resources that they see their salvation. It is sad to admit, but a new world war is on the threshold. And all the latest events that launch backstage puppeteers, are aimed at creating from the fattened and cowardly Europeans - hungry, angry, persecuted by fear and the survival instinct of animals. Who, habitually having gotten together in the jackals of the pack, will try to expand their “living space” at the expense of the Russians and Russia. This crazy fix idea haunts Europe its entire history. And this time everything threatens to happen again.
But unlike previous times, Russia today has all the means to annihilate this whole crazy European rush. Turn any amount of military equipment and enemy soldiers into dust. And there is no doubt that, at the right moment, the hand pressing the button will not falter, I do not.

And finally. My condolences to the relatives of those who died in Belgium. They were only statistical units and zeros in the launched program for the destruction of the familiar world.

Everything! Believe in your people and your country! Ahead of us are waiting for great battles and great victories. And you need to be ready for them! See you soon!
Wanging is not a rewarding business, but could not resist. What will change in Europe after the terrorist attacks in Brussels? About this this video. =)

Ctrl Enter
Noticed oshЫbku Highlight text and press. Ctrl + Enter
We are
A great interview with Sergey Lavrov: about Ukraine, Obama and IranWhat you didn't want to know about England
Military Reviewin Yandex News
Military Reviewin Google News
134 comments
Information
Dear reader, to leave comments on the publication, you must sign in.