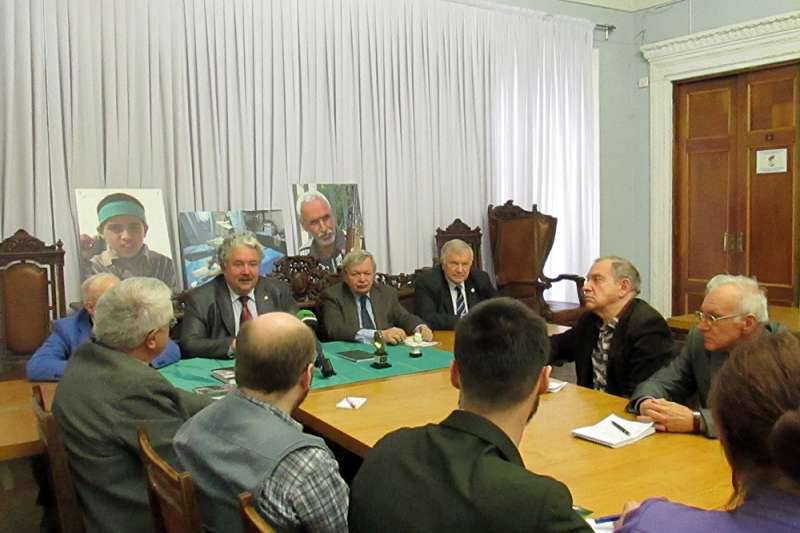 Through the efforts of the United States and its NATO allies, the month of March has been turned into a continuous series of mourning dates. We have already recalled that March 15 is the anniversary of the outbreak of war in Syria, March 19 is the anniversary of the attack by the United States and the NATO bloc on the Libyan Jamahiriya. Continue this series and other dates. So, March 20 is the very day when, in 2003, the foot of the American aggressor set foot on Iraqi land. March 24 is the anniversary of the criminal bombardments of Yugoslavia, carried out without the sanction of the UN Security Council ... But in the next article on Yugoslavia, I would like to continue the Middle Eastern theme.

On March 21, a round table entitled “Libya - five years later” was held in Moscow at the premises of the International Association of Peace Foundations. It was attended by politicians, journalists, oriental scholars, diplomats who worked in this Arab country, the fallen victim of aggression.

The meeting was organized by the Russian Committee of Solidarity with the Peoples of Libya and Syria, which was formed from the very beginning of the attack on Libya, at the very time when it became clear that the so-called “Arab Spring” turned into huge blood - in May 2011. The committee was headed by the well-known Russian politician Sergei Baburin. It was he who addressed the audience at the round table with an opening speech.

Baburin said that he had repeatedly been to peaceful Libya. And then this country showed that it was possible to develop without American participation. The Libyan Jamahiriya was an alternative to American imperialism, it was true democracy, not the so-called Western democracy. And those who destroyed this state, simply neglect the interests of other nations. 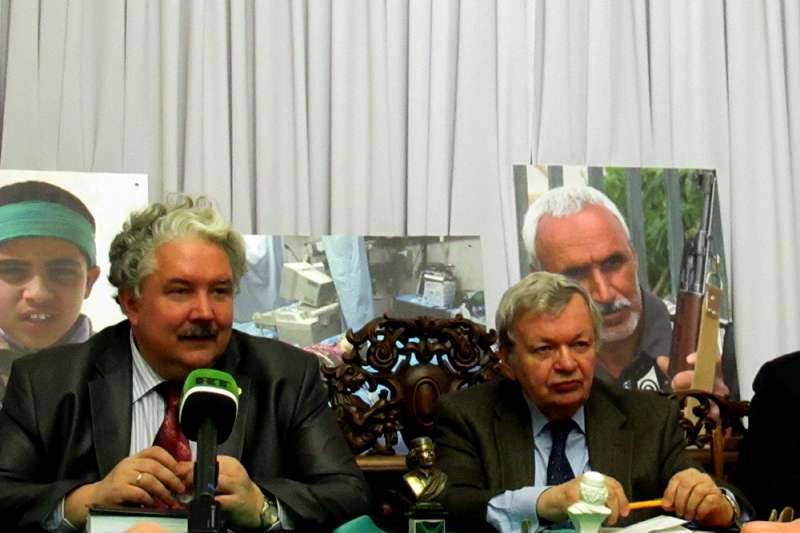 Baburin also noted that the life of Muammar Al-Gaddafi is an example of a political feat. So, on the day of the death of the Libyan leader, 20 in October 2011, in Moscow, on the territory of the Russian State University of Trade and Economics, a portrait of the murdered man was exhibited, who was an honorary doctor of this university. And people from different parts of the capital came there to put flowers on this portrait. (Then Baburin was the rector of this university, but, unfortunately, at present this educational institution is disbanded - it is likely that this was the revenge of the liberals for the active civil position of the labor collective).

But back to the round table. Alexey Podzerob, who was Russia's ambassador to the Libyan Jamahiriya (1992 — 1996), shared his memories. He confirmed numerous information that there were unprecedented social guarantees in the country. Large sums of money were paid to Libyans at the time of marriage, with the birth of children. Education and medicine were free, and if a citizen of the Jamahiriya would need medical assistance abroad, the state paid these costs. In addition, the patient and his escort were compensated for travel expenses.

Podcerob noted the fact that Libya had been holding on to NATO bombings for quite a few months, and that would have been impossible if the population did not support the government.

Bashir Malsagov, Deputy. The chairman of the Association of Russian Diplomats, who worked in Libya for more than six years, recalled Muammar Al-Gaddafi: he was an unusual person. He always knew how to listen to interlocutors, to find an approach to everyone, was deep-minded, had his own bright, unique style.

All the speakers agreed that Russia made a big mistake when it did not block UN Security Council Resolution No. XXUMX, which gave the green light to the American-NATO aggression. Podtserob noted that the main role in this aggression was played by the then French President Nicolas Sarkozy, who was literally in a hurry to start the bombing. 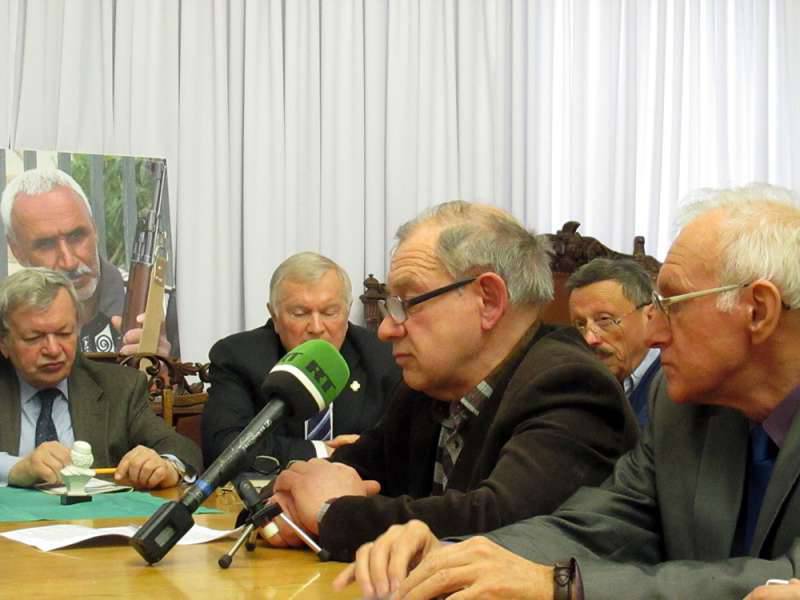 Diplomats noted that, despite the vague position of Russia, in the Libyan Jamahiriya, the authorities were very friendly towards the staff of the embassy and ordered to strengthen the protection of the diplomatic mission. Gaddafi was well aware that Russian diplomats sympathize with him and his country in this situation.

Nikolai Sologubovsky is a journalist who was in the most critical time in Tunisia and Libya. He has released a series of books "The Arab Chronicles". And there, in Libya, I traveled with a camera to many cities of this country. It was his photographs that decorated the hall where the meeting took place.

From his photographs, Libyan children are watching us. Whether these children are alive today is not given to us. Also, we are not given to know the exact number of Libyans who died during the NATO aggression. 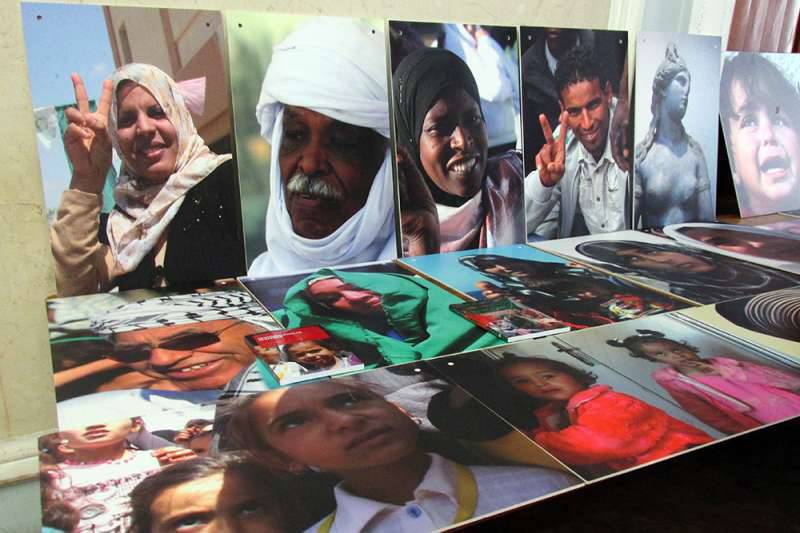 In his speech, Sologubovsky called for the repeal of D. Medvedev’s decree, according to which sanctions continue to be applied against the surviving members of the family of Muammar Al-Gaddafi. In particular, none of the children of Gaddafi still can not enter Russia. 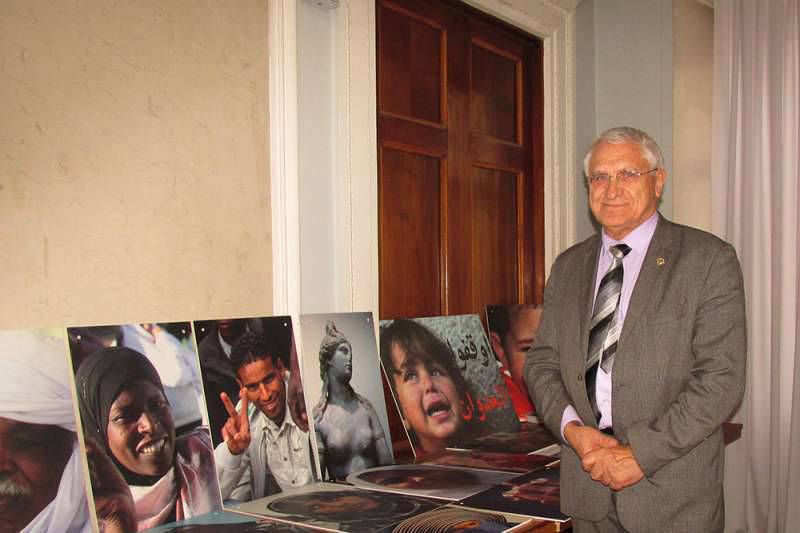 Unfortunately, diplomats noted that in order to repeal this decree, which is based on UN Security Council Resolution No. XXUMX, this very resolution must be repealed.

I'd add: the United States and NATO have significantly exceeded the powers given to them by this very resolution. The “no-fly zone” that was provided for in this document was turned into a zone of unpunished air killings. The resolution is trampled and stained with the blood of innocent people. And now it turns out that because of the big political mistake made five years ago, Russia cannot show elementary humanity and provide shelter to members of the persecuted family? But the opposite side - the United States and NATO - so often trampled on any international documents, explaining their bloody actions with “humanity” ...

Ctrl Enter
Noticed oshЫbku Highlight text and press. Ctrl + Enter
We are
History of the Navy of Iraq. Part 3. From the invasion of Kuwait to Freedom of Iraq (1990-2003)Libya: after Gaddafi
Military Reviewin Yandex News
Military Reviewin Google News
16 comments
Information
Dear reader, to leave comments on the publication, you must sign in.