In Rostov-on-Don, a passenger Boeing crashed 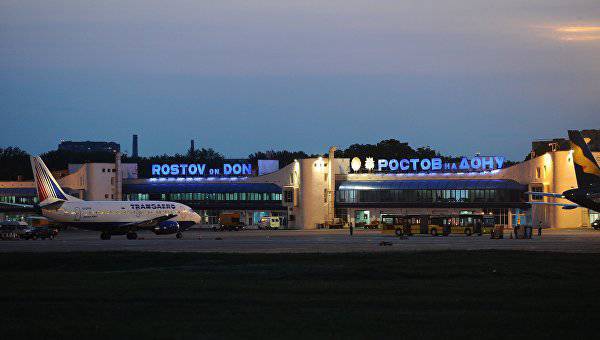 Passenger aircraft en route from Dubai fell to the left of the runway at Rostov-on-Don airport when landing in poor visibility conditions. All Boeing passengers were Russians, the source said.
All those aboard the Boeing 737-800 were killed in the crash at the Rostov-on-Don airport, said RIA News source in the emergency services of the region.
The liner, coming from Dubai, fell to the left of the runway at the Rostov-on-Don airport when landing in poor visibility conditions.
According to preliminary data from the investigation, the flight 981 of the airline Flu Dubai Dubai - Rostov crashed to 3: 40 Moscow time.
According to the source, all the passengers of the flight were Russians, the crew were foreigners.
The investigative committee reported an explosion on board the crashed ship.
"After the plane touched the ground, an explosion occurred," the investigation department reported.
EMERCOM of Russia has opened a "hot line" - 8-800-775-17-17. A group of psychologists has been sent to the airport.
Ctrl Enter
Noticed oshЫbku Highlight text and press. Ctrl + Enter
We are
60 years ago made the first regular flight of the Soviet passenger liner Tu-104The action “Military service under the contract is your choice!” In Rostov-on-Don: future contract servicemen, exhibitions and “Russian Knights”
Military Reviewin Yandex News
Military Reviewin Google News
295 comments
Information
Dear reader, to leave comments on the publication, you must sign in.