March 16 2016
48
Syrian Kurds living in the lands controlled by them in the north of the country can announce the creation of a federation, reports RIA News Reuters report. 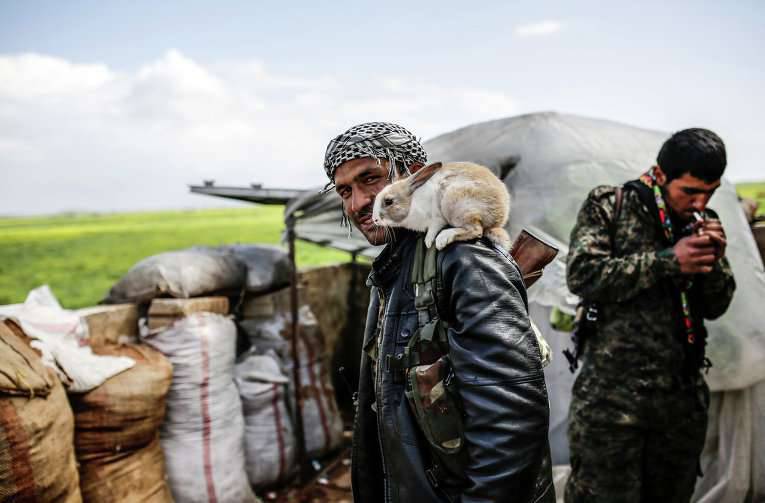 Earlier it was reported that the High Committee on the negotiations of the Syrian opposition rejects the idea of ​​federalizing the country.

“The decision on federalization was a kind of response to the fact that the Kurds were not invited to Geneva to participate in the inter-Syrian negotiations,” said Rodi Osman, a representative of the Syrian Kurdistan in Moscow.

The information was also confirmed by the representative of the Kurdish Democratic Union Party, Salam Ali. "Three Kurdish cantons intend to proclaim the creation of a federation," he said, noting that "there is no question of disconnecting from Syria."

However, not all Kurds agree with this decision. “Independent Kurdish parties are outraged by the decision of several other Kurdish parties to declare federalization in Syria,” said the leader of the Youth Party Baruin Ibrahim.

According to her, at present, "representatives of several Kurdish parties are meeting in the city of Ramilan in the province of Al-Hasek, after which it is planned to announce the introduction of a federal structure in the territories."

Ctrl Enter
Noticed oshЫbku Highlight text and press. Ctrl + Enter
We are
Syrian Kurds have announced the creation of a federal region in the north of the SAR. Damascus Reaction
Military Reviewin Yandex News
Military Reviewin Google News
48 comments
Information
Dear reader, to leave comments on the publication, you must sign in.