The International Energy Agency is showing another example of global market manipulation.

March 14 2016
48
At the end of the week, it was reported that the International Energy Agency (IEA) deliberately overstated the excess oil in the market, provoking a decline in prices for it. The source of this media sensation was John Kemp of Reuters, an English agency. Some experts noted: Kemp's calculations are not perfect, but they could not challenge them with the numbers in their hands. 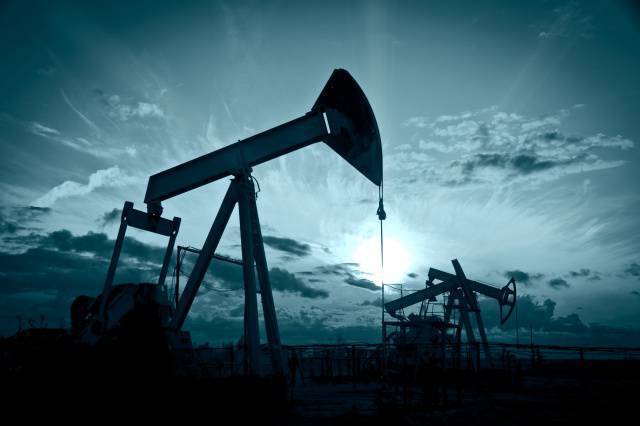 How the energy agency lost 500 million barrels of oil

John Kemp analyzed the latest IEA data and came to the conclusion that the energy agency deliberately overstates the volume of excess oil supplies. In his article, Kemp writes: “Of the 1 billion produced, but not used barrels, about 420 million are in the oil storage facilities of the Organization for Economic Cooperation and Development (OECD) countries. Approximately another 75 million barrels, we can assume, is located in oil tankers, which are used as storage, or these tankers are located between the fields and the refinery. ”

Kemp counted all the surplus on 495 million barrels of oil. And the agency declared a billion! What happened to over 500 million barrels? There is no answer to this question. Meanwhile, the volume of the error is very decent. It exceeds half of the oil surplus called by the IEA, which puts pressure on the global market today.

Usually experts make mistakes in the estimates. They happen and vary, as a rule, with an error from one to five percent. In the case identified by John Kemp, where more than half is “attributed”, deliberate targets are clearly visible. After all, the figure appeared serious - comparable to the annual export of such oil-producing countries as Algeria, Iraq, Libya, Kazakhstan, Qatar. Among other things, this is a very significant amount. To transport 500 million barrels of oil would require over 300 large tankers of third class with a deadweight of 250 thousand tons. Not a needle in a haystack. However, Kemp did not find physical confirmation of the IEA data.

It's time to look closely at this energy agency, created after the oil crisis 1973 — 1974. It includes three dozen member countries of the aforementioned OECD, including the full G7 club state and all their main allies. Among the countries that made up the IEA, there are no major producers and exporters of oil, because the agency was created as a counterweight to OPEC.

The IEA has formed a kind of collective energy security system. An important element was the obligation to maintain our own oil reserves of at least three months' imports and, if necessary, influence the price policy of oil exporters at the expense of this resource. Nowadays, the total strategic reserves of the IEA countries exceed 4 billion barrels of oil.

Over the years of its existence, the energy agency threw into the market its oil reserves three times in order to maintain an acceptable price level. So it was in 1991 during the Gulf War, in 2005, when, due to Hurricane Katrina, mining fell sharply in the Gulf of Mexico and the United States, and in 2011. Then the IEA compensated for the decline in production, caused by the civil war in Libya.

There is an instrument in the energy agency’s arsenal such as regular reports on the state of the world oil market. They influence prices no less, and maybe even more than direct interventions from strategic stocks. Under pressure from the United States, the IEA reports have repeatedly exaggerated or underestimated the risks in the oil market. British The Guardian caught on this energy agency in 2009 year. A year earlier, Swedish scientists from Uppsala University proved that the IEA's forecasts are seriously overstated. Thus, according to scientific estimates of the university, by 2030, oil production will not exceed 75 million barrels per day, and according to the agency's forecast, daily production will rise to 105 million barrels. The Swedes called that IEA report a “political document.”

There were other cases where the energy agency misled the world, both by predicting potential levels of oil production and by the state of current reserves. Following the IEA estimates, oil prices were also moving. This policy continues. Suffice it to recall the information disseminated by the IEA this year. Here are just some of the headlines: “IEA: a glut of the global oil market is aggravated by a slowdown in demand”, “Overproduction on the oil market is increasing - IEA”, “IEA: overproduction on the oil market is increasing”. This is all from the publications of recent months, the roll rolling on the pages and screens of the media. Moreover, in the conditions of cheapening oil, objective information from independent experts about the reduction in the number of drilling rigs and the reduction of production at expensive, difficult to extract fields, especially in the United States, is multiplying.

As we see, the information disseminated by the IEA was not washed out to clarify the situation on the oil market, but on the contrary - to manipulate it. A special place in this series is occupied by the statement of the executive director of the energy agency, Turk Fatih Birol, made by him in January at the World Economic Forum in Davos. English Reuters then quoted Birol: "If the price of oil remains at $ 30 per barrel in 2016, the Middle East countries will lose a third of their GDP, Russia will lose 10% of GDP." Meanwhile, 2015 was left behind the year when oil prices almost halved, but even this did not lead to such radical changes in the economies of exporting countries, as the head of the IEA now predicts.

Why is the energy agency trying so hard with its dubious forecasts and estimates? The answer is simple. It shapes market expectations in the interests of the United States and their main Western partners. About this let out the other day the International Monetary Fund. In its report addressed to the ministers of finance and the governors of the central banks of the G20 countries, the IMF was sad about business in the global economy. Among other risks and problems, he noted the "weaker than expected effect of lower oil prices on the growth of the global economy."

In other words, lower oil prices were a prerequisite for global economic recovery. On the shoulders of the problems of raw materials and mining countries, developed countries intended to restore their potential and even make a spurt to growth. For this, the energy agency tried to actively manipulate the oil market. Judging by the IMF report, not everything worked out for Birol and his team. In addition, she was still caught manipulating information, which John Kemp reflected in his analysis.

"Paper oil" in the real market

For all that, the International Energy Agency cannot be regarded as an independent player in the oil market. It leads its party, and no more. The market is conducted by the American financial community, united through the shareholder banks of the US Federal Reserve System (FRS). Not so long ago, a whole series of publications took place in the world media on this topic. It highlights the article by American financial expert Michael Macdonald.

MacDonald claims that bankers control the oil market through loans to energy companies. The total amount of such loans now exceeds 4 trillion. dollars. The creditors are the leading banks of America (they are also shareholders of the Fed) Citigroup, JP Morgan Chase, Bank of America, Wells Fargo, etc.

Other experts "twisted" the information and found more powerful tools for manipulation - futures contracts for oil and similar contracts. Their trick is that the prices of the current day are determined by the prices of future deliveries (in a quarter, a year). They, in turn, are formed from the so-called "expectations". This is where the time comes for rating agencies, experts, the media and the American-led energy agency to take action. Recall the headers given earlier with reference to the IEA. Already at the beginning of the year, it formed "expectations" of an oversupply of oil, and, therefore, low prices for it.

Banks earn good money on price fluctuations and brokering. Moreover, the financial market has long been a thing in itself. For example, last year, according to Bloomberg, only on the two largest exchanges in the world (NYMEX in New York and ICE in London) “the volume of oil futures trading has already exceeded annual oil consumption in the world more than 10 times”.

“Paper Oil” has become for bankers a kind of bonus for the control of commodity markets, in particular, the oil market. Therefore, when today people talk about the long-term trend of low oil prices, it does not mean at all that in the long run, as they say in classic textbooks, “supply will outpace demand”. So it is necessary for banks-shareholders of the Fed (experts call them a global financial cartel) in order to keep their main currency afloat - the dollar, which is pretty much divorced from commodity security. (In conditions of low oil prices, speculators prefer to invest in currency.) To achieve this goal, the cartel does not hesitate to do anything, even outright manipulations.

Does this need other countries involved in the activities of the International Energy Agency (Norway, for example, whose GDP directly depends on energy prices)? The big question. The world has long come to terms with the cheekiness of the Americans, who have arranged their lives for others. So many IEA member countries today have become, essentially, extras in politics pursued by the United States in the oil and global markets.