International terrorism exists while whole states are interested in it.

February 29 2016
16
This, in general, is not a new idea, which was particularly vivid at the panel discussion of the international conference held by the Valdai Club in Moscow at the end of the week. At the center of discussion were the Syrian crisis and the Russian-American initiative for a truce in Syria. Although, in general, the topic of the starting session was much broader, which was reflected in its title “The Middle East in a whirlwind of changes”. 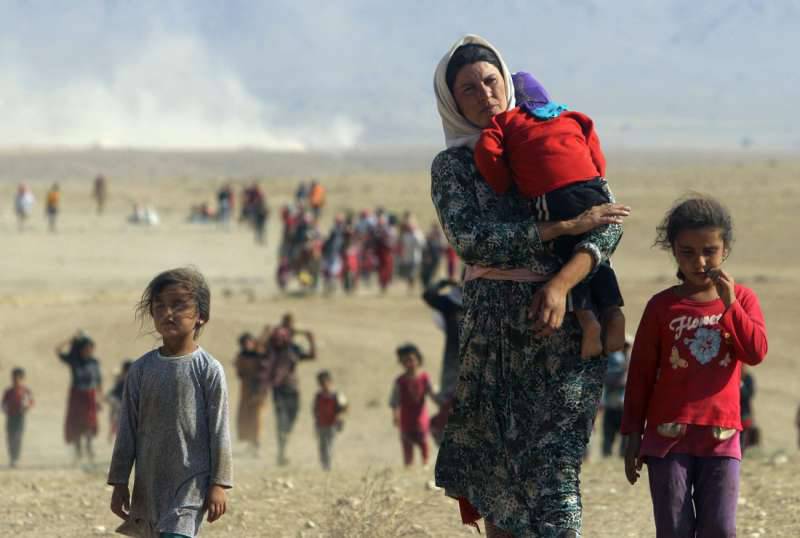 Global threat ripened on the ruins of Iraq

The Valdai International Discussion Club was founded in 2004 and received its name from the lake of the same name, not far from which the first conference of this forum was held, which over the years has become a global expert-analytical center. Conference "Valdai" held annually. More than a thousand reputable politicians, scientists and experts from 60 with more than one country have already participated in them.

The previous Valdai conference was held last fall in Sochi and was remembered by the speech of the President of Russia Vladimir Putin on it. The organizers of the event then chose a topic for discussion “War and peace: man, state and the threat of a big conflict in the 21st century”. Vladimir Putin took part in the final plenary session and gave his assessment of modern threats in the world. The most serious of them, he called international terrorism.

By the autumn of last year, a terrorist group that called itself “Islamic State” already controlled vast territories in Syria and Iraq. “Just think about it,” Vladimir Putin said in Sochi’s “Valdai”, “in the case of the capture of Damascus or Baghdad, the terrorist gangs could be given the status of almost official power, a springboard for global expansion would be created. Does anyone think about this or not? It’s time for the entire international community to finally understand what we are dealing with. ”

This time the conference organizers released a book entitled “War from the East. How will the world respond to the challenge of ISIS? ” Thus, having designated the main issue of the discussion - discussion of Middle Eastern problems through the actions of the largest terrorist group in the world today, called various abbreviations (ISIL, DAISH, IG).

It originated in 2003 in Iraq as a unit of the Al-Qaida group that left a bloody trail in Asia, Africa and even in America. The world remembers Black September Tuesday, 2001, when Al-Qaida conducted four coordinated terrorist attacks in the United States. As a result, they killed almost three thousand people.

The Iraqi group manifested itself soon after the collapse of the country and the execution of its president, Saddam Hussein. His supporters have joined the ranks of terrorists, driven to the side of life from military and administrative structures. Over time, it was replenished with troops of radical Islamists. With their active assistance in October 2006, the group proclaimed itself “Islamic State of Iraq”.

Since then, it has only expanded, capturing more and more lands, in the process complementing its name with new toponyms. By the autumn of 2015, the IG already controlled a territory of the order of 90 thousand km² with a population of 8 million. In Syria alone, she captured 70 percent of the country. The group had large military units of militants. Last fall, Russian Defense Minister Sergei Shoigu estimated their total number at 60 thousands. For the first time, the world was faced with such a grand threat that Vladimir Putin recorded in his speech at the Valdai Sochi.

Who is behind the terrorist groups?

Meanwhile, politicians and the expert community still can not come to a common understanding of the term "international terrorism". Each interprets it in his own way. In theoretical discussions this exercise in rhetoric can be quite harmless. But practical differences lead to a serious political confrontation. So it was in Geneva, where, with the mediation of UN special envoy Stefano de Mistura, international talks on Syria took place.

There, the parties submitted mutually exclusive lists of moderate opposition and terrorist groups. Of course, there was a lack of agreed criteria, but to a greater extent the fact that behind each of the detachments represented at the talks were the interests of well-defined countries. From here - different interpretations. One of the reasons they were named by Russian Foreign Minister Sergey Lavrov: "The militants who are around the Syrian city of Aleppo, including representatives of moderate groups, are supplied from the same Turkish point."

It is clear that for Turkey they are not all terrorists, but the rebels - the status is quite acceptable for the Syrian dialogue. But a dead end for negotiations, as subsequent events showed. De Mistura was forced to postpone further meetings of the Syrians at first, he endured them several times, but so far he did not allow the conflict to arise.

The reason for this at the Moscow conference "Valdai" was named by the former EU adviser on security in the Middle East, Alistair Kruk. “I have studied armed groups for many years,” he said, “and almost always entire states stood behind them.” In the Middle East, several countries are supported by Islamist terrorist groups. Experts are already directly talking about the involvement of the authorities of Saudi Arabia, Turkey and Qatar to the actions of the Islamists. Yes, and the United States themselves openly "lit up" on the supply of Syrian detachments of weapons, equipment and military equipment.

There is nothing surprising. International terrorism is called such, not only by the degree of threats, but also by its ties with regional or world powers. For the first time this was noted back in 1981 year by the then US Secretary of State Alexander Haig. He publicly accused the USSR of involvement in terrorism for supporting the Palestine Liberation Organization. Haig modestly kept silent about the role of the United States in organizing the Mujahideen formations, from which the Taliban and Al Qaeda later grew, now painfully sting the founding fathers themselves.

However, the matter does not end with these groups. According to the United States Department for the Coordination of Combating Terrorism, there are already about fifty international terrorist organizations in the world. The evil that they bring to people has also multiplied. If for a whole decade after the memorable statement of Secretary of State Haig, 6500 acts of international terrorism were committed, in which 5 thousand people died and more than 11 thousand people were injured, then in 2008 about 12 thousands of terrorist acts took place in the world. This is the year. 56 thousands of people suffered from the terrorist attacks, 15 thousands of them died.

Since then, statistics has changed little, and one thing remains unchanged - the annual damage that terrorists bear to the world exceeds that of a decade of the last century. Most of the victims of this war are peaceful people. Children, women, old people are dying, and terror is not enough their suffering. He goes to new goals. They became the state and religious denominations.

This war does not pass without a trace. Religious differences began to be perceived more acutely, painfully and even hostilely. Here and on the Moscow "Valdai" the performance of the Iranian Americanist Seyed Mohammed Marandi turned into a verbal spat, almost ending in a quarrel. Marandi said that the fault of inter-confessional hostility lies with the Sunnis. In his opinion, it is this branch of Islam that most Islamic extremists adhere to. Marandi then clarified that the Wahhabis supported by Saudi Arabia are waging war against the rest of the confessional groups, but this has not stopped the Sunni experts. Their criticism was fierce and fierce in some way. In a word, even in the expert community a painful confessional split is now felt.

Relations at the interstate level are no less complex. Therefore, the agreement of Russia and the United States on a truce in Syria causes many not only satisfaction, but also a certain mistrust - doubt in the final success. Whatever one may say, the interests of the parties so far only partially coincide. Maybe that's why adviser to Syrian President Busein Shaaban said at the conference: "If all states really fought against terrorism, really combined their efforts, then the terrorists would not have lasted even a week."

Shaaban’s statement seems somewhat vehement and femininely categorical, but very close to the truth. In Syria, which is at war in all azimuths, during the years of conflict, terrorists have already been considered and all the driving forces of the Middle East crisis understand. Even in the conditions of the beginning of the truce, they still confront each other. On Sunday evening, the Russian Ministry of Defense reported the shelling of Syria from Turkey ...