Yarosh announced work on the creation of a new political movement

February 25 2016
37
Ex-pravosek and Rada people's deputy Dmitry Yarosh announced the creation of a new national movement "Sovereign initiative Yarosh (DIA)", which, according to him, should be joined by other political forces, reports RIA News message UNIAN. 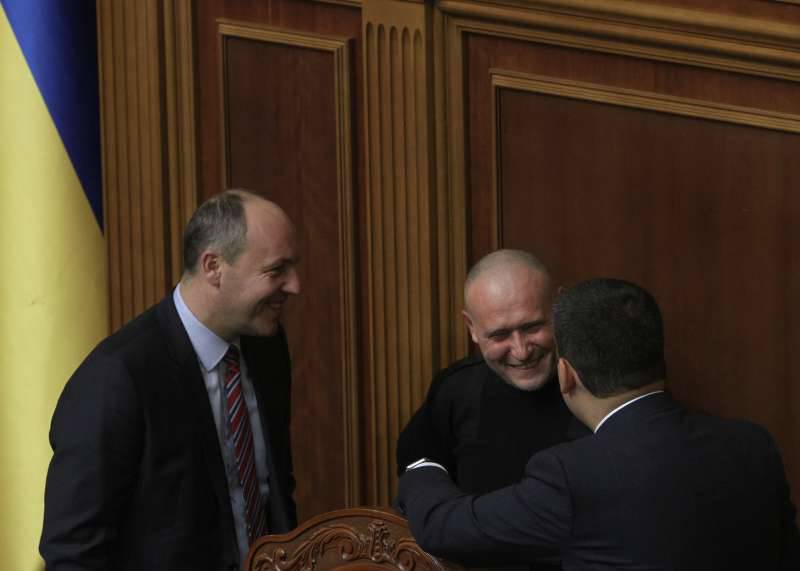 “There is such an initiative to create a national movement that would unite for many patriotic forces in this difficult time for Ukraine and would be able to realize those ideas that the current government does not realize,”
said Yarosh.

“The new structure will unite people of completely different political, ideological aspirations, regardless of language, religious affiliation,” he said.

According to him, “the main goal of the structure is to bring order to the rear, that is, to“ big ”Ukraine, including the capital, without which it is impossible to return the territory of Donbass and the Crimea.”

The agency recalls that at the end of last year, Yarosh resigned the head of the Right Sector, and then announced that he was leaving the organization, saying that he would create a new movement.

Ctrl Enter
Noticed oshЫbku Highlight text and press. Ctrl + Enter
We are
Reports from the militia of New Russia for 27-28 September 2014 of the year
37 comments
Information
Dear reader, to leave comments on the publication, you must to register.