Happy Defender of the Fatherland!

February 23 2016
264
February 23 - Defender of the Fatherland Day. Defender of the Fatherland - in the broadest sense of these terms. For more than a quarter of a century, certain forces forced us to divide our homeland - one for all, inherited from the great ancestors who shed blood to protect its unity and independence and worked, creating a solid foundation for all subsequent generations.


90's hard times showed that the destructive bacillus, which was contaminated by society by the force of contrived and brought from outside the ideological and cultural contradictions, can lead to a catastrophe. The catastrophe turned the Fatherland into bleeding ruins, filled with tragedy separated by families. However, the spirit of Russian (in the widest sense of the word) unity and readiness for self-sacrifice, to gnash the teeth of “our friends,” could not be eradicated from the people, because that spirit lives in us on the gene level created by thousands of great history and culture.

And today, February 23, is a holiday that allows you to feel the continuity of the high mission to protect the Fatherland. It also allows you to fully understand how great the role of statehood and the real sovereignty of a huge country and an even more enormous Russian world is - a world that has always been aimed at creation. 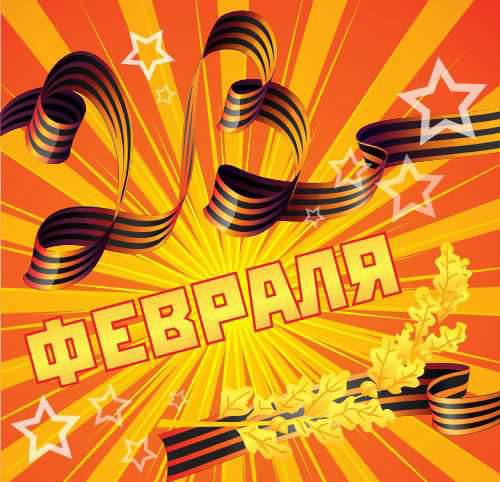 Despite the fact that the date of the holiday is associated with the birth of the Red Army, today it has become a date that reflects all milestones of the history of the defense of the Fatherland, without exception, in which times and whatever it was called - Russia, the Russian Empire, the USSR or the Russian Federation. On this day, Russia honors all defenders of the Motherland, who wear shoulder straps for military personnel or fulfill their duty in civil status, but no less important and significant.

Defense of the Fatherland is a great mission, because you can listen to ultra-liberal songs for as long as you want that “defense of the Fatherland was equated with the defense of oligarchs or undemocratic ideologies”, but you need to understand that millions of people have once lost their homeland. The echo of this loss is still echoing in different parts of a huge country, and first of all it is a long-suffering and heroic Donbass. Gorlovka, Donetsk, Debaltsevo, Lugansk. Radicals once again demonstrate their bloodthirsty mood on the streets of Kiev and Odessa, finally plunging the once prosperous republic into the Middle Ages and the real battlefield between oligarchic capital to the applause of those who made this mess and turned the defenders of the Fatherland into soldiers of the civil war.

The attitude to the holiday of February 23 demonstrates the attitude of citizens to the two main allies of the Fatherland - the army and the fleet. Based on the February survey of the Levada Center, today 81% of Russian citizens express confidence in the army. 81% in 2016 and 82% in 2015 of respondents believe that the Russian army is able to ensure the country's security from an external enemy - this is an absolute record for the last 15-16 years. Confidence in the army on the part of the people plays an important role from the point of view of state security, because, as old folk wisdom says, the army should have a strong and reliable rear. And today there is such a rear. These are patriotic citizens who understand that the defense of the Fatherland is not empty words.

Today, Russian military personnel perform an anti-terrorist duty in Syria, in effect defending the Fatherland on long-distance approaches. The daily successes of the Syrian army and the militia of the Syrian Arab Republic, who are liberating their country from all sorts of militants with the support of Russian pilots using Russian military equipment, suggest that the right cause sooner or later will lead the Syrian people to the final victory over the terrorist plague brought to this Middle Eastern the land of the notorious "doves of peace" from Turkey, the United States, Saudi Arabia.

"Military Review" wishes the indispensable success in the fight against international terrorism to our soldiers in Syria, expresses hope for the early accession of the world in the long-suffering Ukraine, which is now occupied by adherents of chaos and discord. And congratulates all the defenders of our Fatherland on the holiday!

Ctrl Enter
Noticed oshЫbku Highlight text and press. Ctrl + Enter
We are
Holiday "invisible" soldiers. To the Day of Military Intelligence of the Russian FederationHappy Defender of the Fatherland!
264 comments
Information
Dear reader, to leave comments on the publication, you must to register.