February 19 2016
81
The European Commission adopted a package of proposals on EU energy security, as well as a strategy to expand the use of LNG and the rules for EU cooperation on mutual gas supply. It is proposed to move from the system of the national approach to the regional approach. EU states are invited to conduct a joint gas policy and insure each other in crises. According to the new rules, Brussels intends to check draft energy agreements of the EU members with third countries, including with Russia. Existing company contracts with Russia will be audited. 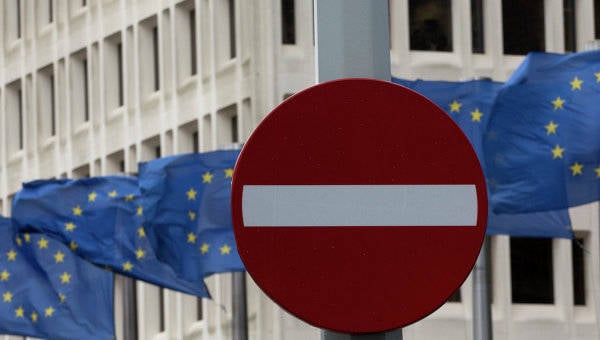 On Tuesday this week, the European Commission adopted a package of proposals to improve the energy security of the EU, reports RIA News".

The EC proposed a new strategy to expand the use of liquefied natural gas; changes in the rules for coordination with the European Commission of agreements for the purchase of energy from third countries; introduction of EU rules for interaction with gas in emergency situations. New rules did not become law; they still need to be coordinated with the European Parliament and the EU Council.

“Negotiations with energy suppliers often require political and legal support, in particular, to give investors confidence in the creation of energy infrastructure. Political support is provided in the form of intergovernmental agreements. These agreements often serve as the basis for more detailed commercial contracts, ”the agency quotes materials from the European Commission.

“Current regulation requires the EU countries to notify the European Commission about their energy agreements with non-EU countries. But to do this - only after the conclusion of agreements. However, it was proved that it is very difficult to revise any terms of the agreements after they are signed, ”the EC states the lack of the current system. An analysis of the intergovernmental agreements submitted to it showed that approximately one third of the contracts related to the energy infrastructure or energy supply contain provisions that do not comply with EU legislation. Therefore, she wants the EU countries to show her the projects of intergovernmental agreements, that is, at the stage of negotiations.

Contracts cannot be signed before the EC gives its assessment on them, said European Commissioner for Energy and Climate Miguel Arias Cañete. The European Commission will submit its final opinion on the compliance of the projects with the EU laws within twelve weeks. The EC proposes to notify her of the conclusion of new contracts for the purchase of gas in the EU if their validity period exceeds one year and the share of the corresponding gas in the EU market is more than 40%, said Cañete.

In addition, the EC proposed to move from a national to a regional approach to energy security. She wants the EU countries to conduct a risk assessment, create action plans for crisis prevention. Union countries are invited to make joint decisions to create capacity for reverse gas flows at the borders within the EU.

Energy Commissioner for the Energy Union Maroš Shefchovic said, notes "Euronews"that "the EU has a clear estimate that by the year 2030 we will need 350-380 billion cubic meters of gas, taking into account our efforts to develop alternative energy sources and commitments to reduce greenhouse gas emissions."

One of the blocks of proposals of the European Commission is aimed at improving the energy efficiency of the European Union. “First of all, we examined the issues of heating and cooling of buildings, which account for up to half of all EU energy costs,” said Shefcovic.

In addition, another block of proposals of the European Commission concerns the promotion of the purchase and use of liquefied gas in the European energy sector. As conceived by the EC, LNG should compete with the pipeline - for the sake of lower prices.

This includes, among other things, the construction of terminals for receiving vessels with liquefied gas. This type of fuel is more convenient to transport than ordinary pipeline gas, although at the present stage it is more expensive than the traditional one. How the gas price will decrease when purchasing LNG, as well as when building expensive terminals, the EC for some reason is silent.

With regard to the likely impact of new proposals for the supply of Russian pipeline gas to Europe, the European officials immediately said: the EC proposals do not mean a “war” with Gazprom.

Miguel Arias Cañete, the European Commissioner for Climate Change and Energy, told the press that the EC’s proposals for energy security are not a declaration of war to Gazprom.

"This is not a declaration of war to Gazprom," quotes the official. TASS. - We want to create conditions for the support of commercial contracts for the supply of gas to the EU, beneficial to European consumers. We want to learn from the gas crises of 2006 and 2009 of the year. ”

But a separate conversation turned to the fate of "Nord Stream - 2".

The European Commission did not decide whether the sea part of Nord Stream - 2 falls under the “third energy package,” said Miguel Arias Cañete.

"We are now conducting a dialogue with all parties to determine which European standards apply to the" Nord Stream - 2 ", - quotes him TASS.

According to the European Commissioner, in the case of the commissioning of the Nord Stream - 2, the EC "may receive the right to check the gas contracts in Germany."

“According to the new EU energy security concept, today Germany would not have to coordinate its contracts with the EC, since they do not reach 40% of gas consumption in the national market. However, if the Nord Stream - 2 is put into action, this situation may change. Much, of course, will depend on the model of gas sales supplied by Nord Stream - 2. It is possible that the contract volume will exceed 40% of the national market, which will give the EC the right to check German contracts, ”the official said.

Recall that these proposals have not entered into force. For their approval, they must approve the 28 states in the EU Council. Then the new rules must be approved by the European Parliament.

We think that the opinion expressed by EU officials about the EC’s reluctance to “fight” with Gazprom should be justly doubted. It is enough to glance in the European mass media and to look for judgments of the above-mentioned Shefchovich on the “Nord Stream - 2”.

"At the presentation of the new set of steps to create the Energy Union, the European Commission called the construction of the Nord Stream-2 gas pipeline an extremely important political issue," the material said.

Marosh Shefchovic refuted the statements of the German government that in the case of “S. P. - 2 ”is about an exclusively commercial initiative:“ You have probably heard more than once that “Nord Stream - 2” is called a commercial project, but I want to emphasize that I did not see commercial projects that would so often be discussed at such a high political level. level. "

And the aforementioned Miguel Arias Cañete said that it is not only a matter of legal intricacies, but also of “high political issues”. He explained that while the share of Gazprom in the German market does not exceed 40%, however, it may change after the construction of Nord Stream - 2. "In this case, 80% gas can be supplied from a single source," - said the European Commissioner.

And in a recent article in the American The Wall Street Journal there is a veiled hint that the new EC rules could become a lifesaver for unfortunate Angela Merkel, who landed in the network of Gazprom.

Magazine with evil irony criticized the behavior of Merkel, who was “horrified” when “Russian fighters tormented civilian objects in Syria,” but never offered to act against the Russians by force or something like that. Why, take at least a recent report from the European Commission, which considers the Nord Stream 2 gas pipeline, which should pass from Russia to Germany along the bottom of the Baltic Sea, bypassing Poland and Ukraine, as a harmful project. Merkel is simply silent, although critics are screaming with might and main that the new pipeline is devoid of any meaning, because “Nord Stream 1” is far from working at full capacity. He has no clearly expressed commercial interest, but the new pipeline is politically effective: Russia is increasing its dominance in gas supply to Europe, which poses a threat to the security of its neighbors. Brussels officials believe that 80% of Russian natural gas supplies to Europe will be concentrated along an exclusive route from Russia to Germany. Germany’s dependence on pipeline gas, which goes to Germany for heating and to the chemical industry, will grow to 60%.

Francois Eisbourg, a special adviser to the French Foundation for Strategic Studies, called the behavior of Angela Merkel a “scandal”. In his opinion, there is no energy base for Nord Stream 2. Moreover, the Germans and Russians are leading this project at a time when Russian Prime Minister Dmitry Medvedev announced that Russia is participating in a new cold war with the West.

The gas agreement between Moscow and Germany is “a terrible, shameful affair,” the journalist writes.

Apparently, let us add from ourselves, Angela Merkel, the scourge of the entire democratic world, there is nothing left but to grab onto the new proposals of the European Commission and let it “check” the project “S. P. - 2, so that nothing is left of it. Then she will save her face, and she will say to her businessmen: “See, it’s not me, it’s the European Commission”. And in the future the Germans will have to buy the gas that the European officials will impose on them, which are clearly acting on instructions from overseas advisers. They will buy at least Qatari LNG, albeit much more expensive than Gazprom’s pipeline, if only Brussels doesn’t have “high political issues” to Berlin.

It is clear that some of the “blocks” of the European Commission’s proposals are addressed directly to Gazprom. This is a kind of raw material sanctions, which are likely to hit both the interests of Russia in Europe and the interests of those Europeans who would like to buy pipeline gas from the Russians.

One way or another, Gazprom will be infringed on the European market, there is no doubt about that. And if so, someone in this market will rise. Who is known today.

In the long term, Norway will remain an important supplier of natural gas to the European market (by the way, a non-EU country). Such an advantageous position will be ensured by the new energy strategy of the European Union, said Tord Lien, Minister of Oil and Energy of the Scandinavian Kingdom.

“The fact that the European Commission considers the role of gas in the EU’s energy sector to be extremely important over the coming years is extremely positive. The package presented today confirms the signal we received during our meetings with Shefcovic and Arias Cañete that the EU wants to buy Norwegian gas, the minister said. "Euronews". “Norway has significant gas resources at its disposal, and we will remain a long-term and reliable gas supplier to Europe.”

So that. Despite the fact that Angela Merkel is playing in silence with the EU, the European Commission will purposefully survive Gazprom from the gas market. Of course, it will not fully survive, but the European commissioners will do everything to reduce the share of Gazprom’s supplies to the EU countries and click the angel on the nose.

Observed and commented on Oleg Chuvakin
- especially for topwar.ru
Ctrl Enter
Noticed oshЫbku Highlight text and press. Ctrl + Enter
We are
Results of the week. "Eh, short kolchuzhka ..."Will not come to the rescue
81 comment
Information
Dear reader, to leave comments on the publication, you must to register.