February 17 2016
30
China has concluded contracts with the Russian Federation for the supply of Ka-7A32BC X-helicopters and two Mi-11E helicopters, reports Look with reference to the deputy general director of the holding company "Helicopters of Russia" Alexander Shcherbinin. 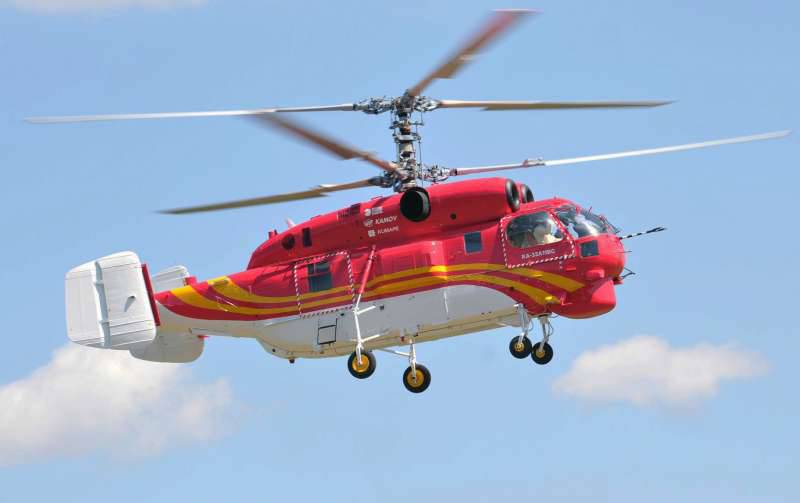 “We have concluded several contracts with China - for seven Ka-32А11BC and two Mi-171Е - these are modernized machines with the VK-2500 engine, specially adapted for flying in the Chinese highland. We will deliver two Mi-171 and five Ka-32 in 2016 year, and two more Ka-32 - in 2017, ”said Scherbinin at the Singapore Airshow 2016. The amount of contracts is not called.

In addition, according to him, it is planned to open a Ka-32 service center in China.

“At the moment, 20 of our Ka-32 helicopters is operated in China, now we are negotiating with AVIC International and other companies for the construction of a service center for the repair and maintenance of helicopters of this model in this country,” said Scherbinin.

“Chinese specialists will work in this center, but at the initial stage they will be advised by the Russian side,” he added.

According to the representative of the holding, this year should also be signed a contract to create a Russian-Chinese heavy helicopter (AHL).

“This year we are already planning to sign a contract document on the creation of a heavy helicopter. In it, the Russian side is responsible for creating part of the main units: we have a transmission, carrier system and a number of other components assigned to us, ”he explained and added that“ the question of the engine for the new car still remains open (previously a number of representatives of the military-industrial complex that PD-14 will be installed on it) ”.

Ctrl Enter
Noticed oshЫbku Highlight text and press. Ctrl + Enter
We are
Russia at the Airshow China 2016Russian aircraft at Singapore Airshow 2014
30 comments
Information
Dear reader, to leave comments on the publication, you must to register.