February 22 2016
31
In Finland, there is a growing interest in stories of Russia


Russia and Sweden do not have a common border, but this was not always the case. Since the times of Novgorod Russia, military-territorial conflicts have arisen between our countries 18 once and in total have lasted 139 years. The much more famous 69 years of the Russian-Turkish wars fade against this background.

It is known for certain that the territory of Finland served as a bargaining chip in the negotiations on the union of Russia and Sweden against Denmark. Written evidence of circumstances and a meeting place for cousins ​​- King of Sweden Gustav III and Catherine II: Hamina (now Finland) or Friedrichsgam as it was. As well as rumors transferred from one historical essay to another, as if for 200 thousands of rubles donated to Gustav in 1783, Catherine secured five years of peace with the most restless neighbor of those times.

The fact that Finland belongs to the Swedish and Russian crown today has only cognitive significance for the majority of compatriots. The Finns, on the other hand, have a revere for the history of their young state - a hundred years old - they cherish, they save various documents, investigate and study. Thus, according to ancient drawings at the beginning of the XXI century, reconstruction of the bastions and military canals of Suvorov began. 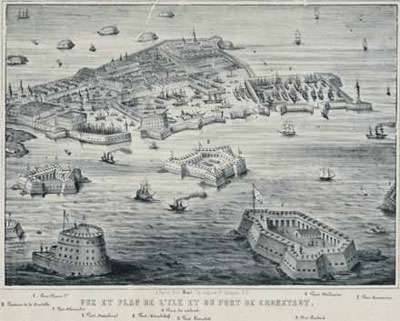 Swedish Gustav III, like Catherine the Great, was considered one of the most enlightened rulers of her time. Like her, he tried to fight bribery, but only strengthened corruption, endowing the inner circle with unlimited influence. He carried out several reforms, setting the parliament against himself. He spent the most brilliant battle in the history of the Baltic Sea, without gaining anything from it ... And while Catherine II fought for the accession of the Crimea, the Black Sea region and the North Caucasus under Turkish rule, he actively supported the opposition in the Russian court, led by his heir Pavel.

In 1788, the restless cousin took advantage of the fact that Russian forces concentrated on the next war with the Ottoman Empire - they took Ochakov - and, incited by England and France, made an attempt to seize Kronstadt and St. Petersburg from the sea. Just 170 kilometers south of the current border crossing of Torfyanovka (I give for convenience of calculating distances) on the islands near Helsingfors there was a powerful bastion system of fortifications of Swedes Sveaborg. From there Gustav III took a sea voyage to St. Petersburg. After an unsuccessful attempt to storm Vyborg, he diverted his galley fleet to Rochensalm (the current city of Kotka is 52 kilometers from Torfyanovka), where the Second Rochensalm battle, tragic for Russia, took place. It went down in history, becoming the largest battle in the Baltic Sea with the participation of up to 500 ships on both sides, the death of nearly 7500 Russian sailors and officers, the loss of almost 40 percent of the Baltic fleet imperial coastal defense and the signing of the Werel peace treaty.

At the end of a strange war with a perfidious cousin, Catherine II began to look for a decent person who could organize and lead the construction of a fortification system on the land north-western border of the Russian Empire. The specialist was found - Alexander Vasilyevich Suvorov, who just took Ishmael.

Fortification commander studied from his youth. His father, General-in-Chief Vasily Ivanovich Suvorov, was the compiler of the first military dictionary and translator of the books of the Marquis de Vauban, Marshal of France and an outstanding military engineer. According to his treatise “The True Way of Strengthening Cities”, Suvorov learned French as a child and learned the work almost by heart.

It took two weeks for Suvorov to explore the medieval fortresses of Vyborg, Neyshlot (Olavinlinna in the present Finnish city of Savonlinna) and Kexholm (in Priozersk).

The story told: in order not to waste time on techniques based on etiquette with the inevitable "dust in the eyes", Alexander Vasilyevich traveled from the fortress to the fortress in peasant clothes, talked with servicemen and gave a reliable assessment of the state of defenses and moods in the garrisons. Sent a report to the empress, proposing a plan for the restructuring of the existing forts and the construction of a new, additional fortification in the present Finnish town of Taavetti (Davydovsky fort). Having reported, he went to war with the Turks and pacify the Don Cossacks.

In 1791, Catherine II again sends Suvorov to the Russian part of Finland. He had to not only inspect Vyborg, Nyslott and Kexholm again, but also reconstruct them. In addition, think over and create a reliable barrier to the capital of the Russian Empire, which is only 250 kilometers away.

Rumor has it that the commander did not lose a single battle to a new assignment was a reference to the sins at court. Having read a lot of materials about that epoch, I wondered: who else could Catherine II entrust with her to quickly master state funds, in return, having received real protection for herself and her throne? In addition, they say, he knew how to communicate in Finnish.

I managed to find modern research results of the buildings of Suvorov or the fortification systems of Southeastern Finland, as the locals call them, which is based on three fortification lines. The first was held in close proximity to the Russian capital and included the existing fortresses of Shlisselburg (the famous Oreshek), Kronstadt, Vyborg and Kexholm. The second chain consisted of bastions of Hamina and Lappeenranta, located 105 kilometers from each other, and the Davydov Fort (Taavetti) located between them, “which should have its movements to all sides in order to reinforce our advanced posts and to resist the enemy’s attempts”. Erected in eight years after the first inspection of Suvorov, the Davydovsky fort was supplemented in the northern part with a citadel with five bastions. Inside the fortress is located garrison town. All the existing roads leading from the Swedish part of Finland to the Russian at that time had to build a third line of fortifications.

Arriving on the site in May 1791, Suvorov began to build powerful fortifications in the town of Kyuminlinna (included in the line of the current Kotka). Soon the Royal road leading along the Baltic coast to Vyborg was reliably blocked by the newly erected fortress and the sea forts Slava and Elizabeth. At the same time, the outdated bastions of Friedrichsgam were rebuilt. The old sandy ramparts turned into a stone fortress with six bastions, on the territory of which a whole city fit with streets-rays radiating from the Town Hall Square. Even today, Hamina’s defense facilities amaze the imagination of a tourist who has glanced into a quiet, incredibly Hollywood town. And during the time of the great commander, they negated the attempts of Gustav III to seize the capital of the Russian Empire.

Of the two years of construction management, Suvorov spent most of his time in Hamina. Whether it was the fault of Madame Greene’s widow, with whom Alexander Vasilyevich lodged, history is silent.

Having built several supporting forts in the Hamina region, Suvorov proceeds with the implementation of the second part of his grandiose plan. It was decided to dig four channels and connect the reservoirs of the Saimaa lake system for unimpeded wires of the navy flotilla.

Technically, Suvorov’s military channels were well thought out. The bottom and walls were lined of natural stone, reinforced with wooden piles. The length of the four channels is different - from 100 meters to almost a kilometer, but the width is the same - 10 meters. Entrances to them could be locked with a wooden gate or stretched anchor chains.

In the mouths of the canals at the bottom of Saimaa, artificial stone obstacles were set up; it was possible to enter the canal only knowing the fairway.

Suvorov was proud of the work done, but military inactivity. And he went to war with the Commonwealth.

And the border fortifications, created with a hundred-year safety margin, played an important role in the Russian-Swedish war of 1808 – 1809, but soon began to fall into disrepair as unnecessary. The result of the last confrontation between the two states was the entry of Finland on the rights of autonomy to the Russian Empire.

Ctrl Enter
Noticed oshЫbku Highlight text and press. Ctrl + Enter
We are
Russia's struggle against Swedish revanchism in the second half of the 18th century. Hogland battleCongratulations on the 285 anniversary of the birth of the Great Russian commander Alexander Vasilyevich Suvorov!
31 comment
Information
Dear reader, to leave comments on the publication, you must to register.