Afghan syndrome? No, the sense of justice and the smell of victory!

February 17 2016
44
Memorial Day of soldiers-internationalists. Typical day. Most didn’t even pay attention to men over the age of 50 with a pair of carnations. You never know, where are these middle-aged guys go ... Life boils. Life requires speed. And pay attention to others have become much less. Sorry, hurry.


In each city there is a place where war veterans come. More often a monument to the boy-soldier in the "Afghan" and landing unloading. Sometimes BMD or BMP. But there is a place. 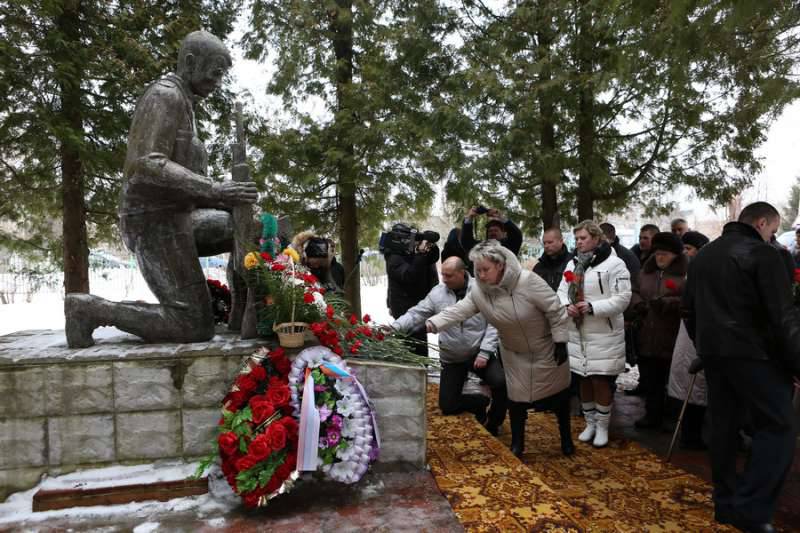 Everyone who participated in local wars experienced the effect of the so-called "Afghan syndrome". When the state, and ordinary people often, were ashamed of the fact that there was a war. With Afghanistan it was hard to hide, and how much is hidden? How many men on the question of the award will say: for the execution of the task of command. And that's all.

I recall a case in Tashkent at the start of the 80's. The case, which showed a real attitude to the soldiers.

The young sailor demob, in full dress uniform, without the then popular "chest in orders and half a dozen aglet." It is a decent form. For Uzbekistan, the sailor is exotic. Anyway, sailors as a percentage of soldier piece goods.

So here. Detained the patrol guy. Normal city patrol - for violation of the form of clothing. At that time, any demob for such violations could be delayed. Although the pad under the Komsomol badge, though epaulets ceremonial "ensigns," but fit on the form. The saying - the people dressed, let the people and laughs, for demobilization was not relevant.

And from the point of view of a normal patrol (well, all people, all humans, we understand) surpassed everyone. Under the standard set of icons in the area of ​​the liver he hung ... "royal" order. At that time, from similar Soviet ones there was only "For the Service to the Motherland". And this classic "royal". Huge, with a bunch of rays, rhinestones ...

Anyone who has ever been to the commandant's office knows the tone of the “educational” conversation and the likely outcome of this conversation. The captain of the Komendachey was spraying full saliva. And the retribution for the mockery of the form of the Soviet Navy foretold terrible. Thrice to quarter and chop off all limbs at least four times.

However, after checking the documents, the captain for some reason shut up. It turned out that the sailor did not create a "masterpiece" on his own. He was created many years before his birth. And this masterpiece is an order. From real white and yellow gold with diamonds. Moreover, this order was received by the boy from the hands of some Arab, whether sheikh, or sultan. Received for clearance of water in the Red Sea.

The sailor was released. But then I saw how he shot the order. From sin away. I drove home. And I wanted to get there.

Afghans faced this as well. Probably, everyone heard on the Day of the Airborne Forces: where did the boy get the Great Patriotic War awards? Why the Order of the Red Star or the ZBZ Medal, or "For Courage"?

Today, our army is involved in the fighting in Syria. And for the first time, and just so, for the first time, the soldiers are treated like heroes. Simple people. What a sincere grief the majority had for the dead. Not ostentatious, namely from the heart. With what pride we read about the successful strokes of the VKS.

According to all polls conducted today, the majority supports Putin’s policies. Just yesterday, the Levada Center published the results of its survey. 59% of respondents support our strikes. And only 27 against. Most believe that our attacks are aimed not so much at supporting the Assad regime as at preventing the war on our territory (53%).

It is clear that a well-organized operation contributes to such sentiments. It is also clear that in the case of the start of a ground operation, the numbers will slightly change. Zinks do little to support the war. But today Russia supports Putin.

Yesterday, February 15, on Memorial Day, we sat in a regular cafe. We are those who came to the monument with carnations. Those who did not see each other there. Each had their own war. But come together to shut up. To raise the third toast.

And most importantly, I am glad that I can sit here with strangers, but family people. With pot-bellied men and slender (why women veterans do not get fat?) Women. Ordinary people who not only did not break on business trips themselves, but also raised the same children.

I do not want to be taught to live. I want to live as I want. By law, by justice. Since I was taught by my parents. And for those 27% I will say: guys, do not confuse the soft and bitter. Broken roads, leaking roofs, poor medicine, and so on - this is bad. Very bad. But we will deal with this. Me and you. And as we see fit. It is we. And so that we can decide, the men in Syria risk their lives.

Paradoxical Russia again surprises the world. Sanctions. The creep of NATO to the borders. Leaking terrorists. Full discord with Ukraine. Where not to throw, everywhere a wedge. And in the shower there is no confusion. No fear. On the contrary. A joyful feeling of a winner. As in 45-m ... It will be difficult. Scary hard. But the winner is never defeated.

Ctrl Enter
Noticed a mistake Highlight text and press. Ctrl + Enter
We are
In the direction of the front: Syrian infantry fighting vehicles (part 2 final)The main combat equipment of the Airborne Forces will be BMD-4M, "Tigers" and "Kamaz"
44 comments
Information
Dear reader, to leave comments on the publication, you must to register.