February 16 2016
35
February 15 in Tokyo, a meeting of Deputy Foreign Ministers of Japan and Russia. The Russian Federation was represented by Deputy Minister Igor Morgulov, and the host party was authorized by the government, Tikahito Harada. According to media reports, the meeting lasted five hours, and according to its results, the main result was an agreement on the visit of Russian Foreign Minister Sergei Lavrov to Tokyo, which is scheduled for mid-April. In the details of the diplomatic kitchen citizens of the two countries do not yet devote, but it is clear that if negotiations are under way, then there is something to discuss. 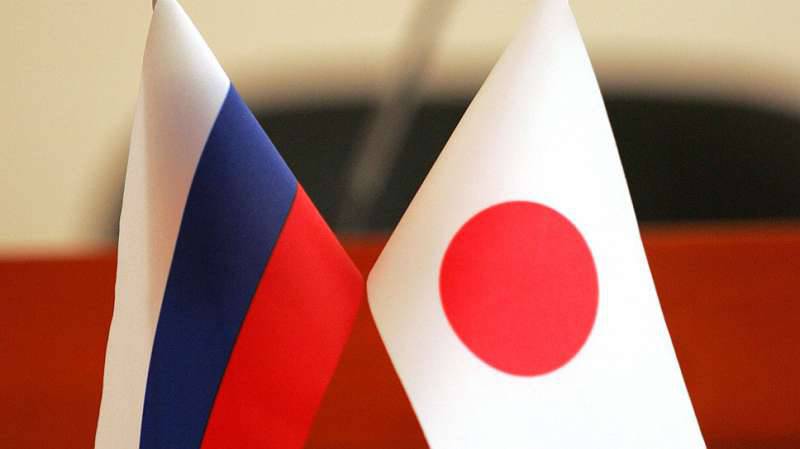 Apparently, there will soon be more clarity regarding the visit of Japanese Prime Minister Shinzo Abe to Russia. A likely visit, of course, since a large number of unforeseen circumstances, as everyone understands, can make it impossible at the last moment, as, for example, at the end of 2014, President Putin’s visit to Tokyo did not take place.

Even in the past, before the Ukrainian crisis, Russian-Japanese relations were not limited to the issue of a peace treaty and the southern Kuril Islands. Now Abe acts as a kind of messenger from the whole Big Seven. For a number of reasons, the Prime Minister of Japan is much better suited for this purpose than any of the European politicians who have repeatedly seen Putin during these two years.

Already announced that the visit of the Japanese prime minister will have an unofficial status. That is, Shinzo's friend arrives to a friend, Vladimir, to admire Sochi's beauties, and at the same time talk about business. However, the most important decisions are made just in such "informal" conversations. The fact that the two leaders can say to each other directly can be very different from the numerous diplomatic messages that Tokyo and Moscow exchange in these months. So according to the results of such a large meeting, we will most likely see a peculiar feature not only under bilateral relations, but under the whole Russia-G-7 plane as a whole.

The main topics for a possible discussion between Putin and Abe are already clear: Ukraine; Near East; loans that Japanese banks can provide to Russia; US missile defense facilities; North Korea; and of course, the South Kuril Islands and the peace treaty. Perhaps, the topic of the gas pipeline from Sakhalin to Hokkaido and to the central regions of Japan will rise again.

One of the main themes of the Russian-Japanese dialogue is, of course, Korea. The situation on the Korean Peninsula remains tense and by all indications it will remain so in the future. In fact, South Korea has begun the blockade of the Kaesong industrial area, which is only economic so far, but they can start shooting from large calibers at any time. Kaeson is a kind of analogue of West Berlin in Asia, this territory is the only major trophy of the North in the Korean War, on which the largest joint project of the DPRK and the Republic of Korea has been operating for a long time. Now the remnants of ties between the two parts of the peninsula are broken, and the United States plans to deploy the region’s largest forces since the Third Crisis of the Taiwan Strait. In this sense, Moscow is valuable for interested players, as a party that not only has access to Pyongyang, but does not demonstrate a clear interest in the existence of the North Korean regime.

The second most important issue that the two leaders will discuss during a possible spring meeting is the southern Kuril Islands. The Japanese press is now expressing the view that the economic difficulties that have forced Putin to go for a new privatization of state assets may also affect his position. It is difficult to say how justified these discussions are. If the Japanese prime minister fails to achieve a compromise from Putin on the southern Kuril Islands, then further negotiations at this level automatically lose their meaning. And Putin is not planning to yield specifically on the Kuril issue.

Changing attitudes in the Japanese press and society as a whole is also important. If earlier in the media and blogs it was said only about the need to conduct a “close dialogue” on the Kuril problem, now more and more often there are calls to be “harder” with Russia. Some observers directly suggest taking an example from Ankara, Kiev and Riyadh. While this position has not become generally accepted, but the drift in its direction clearly takes place. Incidentally, patriotic and pro-American circles are united in Japan, and the official Tokyo’s position cannot but take into account their position. While the fate of the entire line of negotiations hangs in the balance. In case of escalation in the Ukrainian or Syrian-Turkish direction, it will be frozen. For all the significance of the Russian direction, cooperation with the United States is much more important for Tokyo.

Ctrl Enter
Noticed oshЫbku Highlight text and press. Ctrl + Enter
We are
Eastern turn: what is he carrying to us?Situational analysis of the death of the MH17 flight (Malaysian Boeing 777), made on the basis of engineering analysis from 15.08.2014
35 comments
Information
Dear reader, to leave comments on the publication, you must to register.