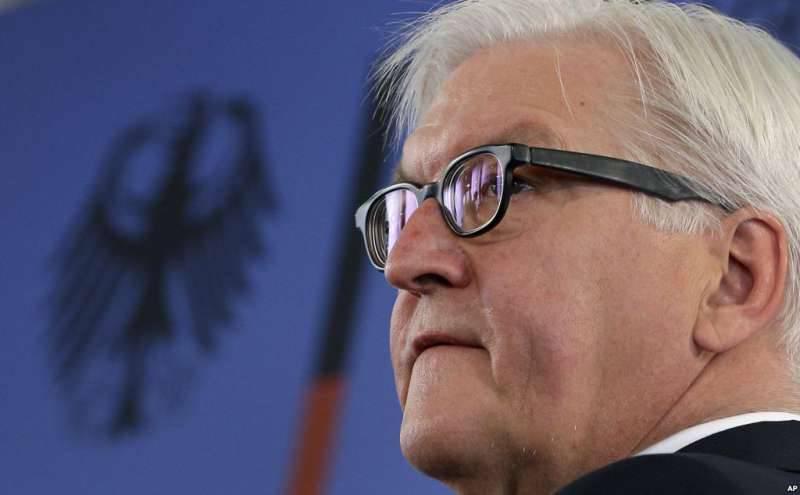 The Foreign Minister sharply criticized his Russian counterpart: in the event of allegedly perfect rape, he protests against interference from Moscow.

The federal government has warned Russia that reports of alleged rape are inciting hostility in Berlin. Foreign Minister Frank-Walter Steinmeier said that there is no reason or excuse to use the 13-year-old girl for political propaganda and thereby stir up the already hot debate in Germany on the issue of migrants. He can only advise the authorities in Moscow to pay attention to the course of the investigation, and not to speculative sources of the press.

The case of Liza also served as the topic of conversations between the representative of the German Foreign Ministry and the Russian ambassador, after which Foreign Minister Sergei Lavrov said on Tuesday that information about the disappearance of "our Lisa" was hidden for a long time. Then Lavrov said: “I hope that this problem of migrants will not lead to an attempt to politically correct the reality for internal political reasons” (in the German source it was repaint).

The schoolgirl was reported missing January 11. After 30 hours she appeared again. Later, a rumor was spread on the Internet that she was abducted and raped by a group of southern men. Police see no reason for this version. But the prosecutor's office has a suspicion that prior to the disappearance there was sexual contact by mutual agreement between the girl and two young men of Turkish origin. By age criteria it is punishable.

Government spokesman Stefan Seibert said it was inappropriate to "politicize this case." Germany is a legal state. Justice should work calmly and without external pressure. A spokesman for the Ministry of Foreign Affairs, Martin Schaefer, said that, despite the general attitude of the Russian media to the case and regardless of this matter, citizens are able to understand the situation correctly. The principle is still relevant: "Lies have short legs."

The first 7 comments have been deleted.

Dogwalker: Violence is not only physical violence, but also psychological. And in fact: you do not believe that 13-year-olds today voluntarily enter into intimate relationships? What world do you live in?

JR: Refugees can be excluded from the circle of suspects, this was done by the Turks.

Maxleser: Russia leads an asymmetric war against the West, and especially against Germany. With the help of misinformation, they want to break the inner calm and destabilize the society.

Zauberwald: I believe in romantic history a la romeo and juliet.

Stephan Doo Doo Dixon: It's amazing how obvious and boldly the Kremlin's propaganda machine works even in Germany. They lack the struggle under the carpet, they are looking for open confrontation.

Claude C.: Do you mean that Russia organized a wave of refugees or organized attacks in Cologne?

Quendolin475: But you have a very short memory. If someone says that they should not interfere in the internal affairs of Russia, they call him a Kremlin troll. Lavrov is now engaged in the same nonsense, and immediately there is a loud cry from those who claimed that Putin personally killed Nemtsov.

Der golden Reiter: The loss of power always scares the Kremlin, and the general collapse will occur at the latest next year if oil prices do not rise sharply.

What_s in a name 378: There will be no collapse, just the opposite - flowering landscapes up to Syria.

EurasienSCO: You, experts, and what about the oil prices or the Russian economy?

Suryo: The rule of law in Russia is worse than in Vietnam and China, while Germany is in the top 10.

Habergelmiyoryardan: It seems that Russia is over. It is time for the Russian spring. The Russian people do not deserve the dictator Putin.

Fischers Fritze: "Voluntary contacts between a girl and two young people of Turkish origin." Damn it! Again, these were not Fritz and not guys from upper Franconia.

Ludwig99: Of course, the nerves are at the limit, but there are still adults and at least some clever people. If I were Herr Steinmeier, I would expect an apology from Herr Lavrov. I would ask him why the Germans from Russia came here and did not stay in Russia. Not owning the situation, they go to the demonstration. If it's so bad here, there is a plane to Russia.

mejo: “What role does it play if a girl voluntarily entered into contact with young men of Turkish or some other origin? While this is not a crime, it concerns only the girl and her parents. ” I think “voluntarily” is the wrong word when it comes to a child. And yes, it is a crime.

Ctrl Enter
Noticed oshЫbku Highlight text and press. Ctrl + Enter
We are
A great interview with Sergey Lavrov: about Ukraine, Obama and IranWhat you didn't want to know about England
128 comments
Information
Dear reader, to leave comments on the publication, you must to register.