February 12 2016
42
According to the draft budget for the 2017 fiscal year, the United States proposes to spend 4,3 billion dollars on the "containment" of Russia. Washington intends to support the NATO countries with money, as well as its European allies in order to "resist Russian aggression." Some particularly zealous "hawks" are unhappy: for example, Senator McCain believes that the "defense spending" of the United States should not decrease, but grow. Meanwhile, the NATO bloc is starting to prepare a bridgehead at the borders of Russia, media reported. 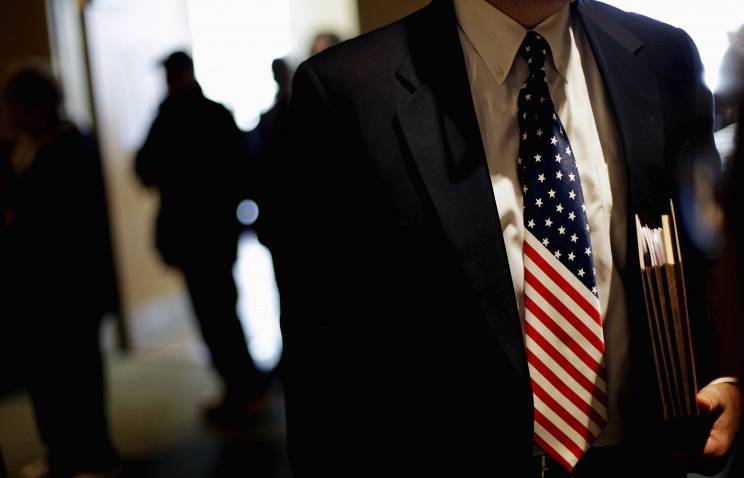 Financial support of the states of NATO and the European allies of Washington is included in the project of the budget of the USA for 2017 financial year with a view of "resisting the Russian aggression", transfers TASS.

“The budget includes more than $ 4,3 billion to provide political, economic, diplomatic and military support in order to increase resilience and reduce the vulnerability of NATO partner countries and allied countries in Europe, Eurasia and Central Asia,” said a document published on the website of the budget administration of the White House. It is alleged that this was done “in response to the growing attempts of the Russian Federation to exert pressure on the foreign and domestic policies of neighboring countries”.

The White House insists that the money is meant for “strengthening democracy, government, strengthening the defense capabilities” of the allies. Assistance will also contribute to “strengthening the rule of law,” anti-corruption reforms, “promoting European integration, diversifying trade, and improving energy security.” The US administration notes that the costs will be aimed at "deterring" the actions of the Russian Federation in Ukraine, Georgia and Moldova.

The TASS correspondent also reports that the State Department is planning to allocate 2017 million to the article “Countering Russian Aggression” in the 952 fiscal year. A representative of the Department of State brought them to a telephone briefing for journalists. The TASS correspondent asked him to clarify which programs lie behind the article with this wording. The presenter of the briefing explained that the allocations are focused primarily on Ukraine, Georgia and Moldova. They are also intended for the countries of Central Asia. The American diplomat confirmed that funding was intended, among other things, to strengthen the military potential of the listed countries.

In general, under the article "Countering Russian aggression", the executive branch of the United States would like to spend $ 4,3 billion, the correspondent said. The lion's share of these funds should get the Pentagon (3,4 billion dollars). The US Department of War expects to strengthen its NATO allies and expand the US military presence in Europe.

However, even such articles with such large expenses are not enough for some American soldiers.

“The Committee will consider in detail the President’s request on the defense budget, but it’s already clear that this request is not adequate to the threats to national security that we face and the growing demands that they impose,” said the senator. After all, adhering to the spending limits established by agreement, B.H. Obama proposes to spend billions of dollars less on 17 for the US defense than the assessment of his own administration requires.

Mr. McCain believes that Obama rightly requests additional funding to support European allies, the presence of US troops in Afghanistan, and military operations against IS. However, the belligerent senator does not consider it appropriate to reduce the cost of “other important needs”: “But instead of demanding an increase in defense spending that reflects our military needs, the president demands to try to pay for the increased needs by reducing other important needs.”

What do Russian experts think about the estimated expenditures of the United States under the budget line “Countering Russian Aggression”?

Director of the Franklin Roosevelt Foundation for the Study of the USA Yuri Rogulev told the newspaper "Sight"that such documents are always aimed at expanding the military budget.

“To increase it, you need to somehow justify this increase. Therefore, the corresponding rhetoric with regard to Russia comes into play, ”he told the correspondent.

The expert recalled that, accepting similar documents earlier, the United States as soon as they tried to explain the appropriations: they talked about opposing Moscow, and even about the US lagging behind the USSR or the Russian Federation militarily.

“Any state should develop its own armed forces, looking at the advanced armed forces of other states,” said the deputy director of the Institute for US and Canadian Studies of the Russian Academy of Sciences, head of the Military Reform Support Fund, retired Major Pavel Zolotarev, told Vzglyad. “And the fact that they chose to compare our armed forces is a positive thing, it is to a certain extent an assessment of the level and direction of development of our armed forces.”

But Pavel Danilin, general director of the Center for Political Analysis, doubts that the phrase “resisting Russian aggression” or “deterring Russia” may appear in the US government document. In the comment Reedus This expert said that the draft budget with such formulations does not have a chance to pass a congressional hearing.

The expert recalled that the relevant expense items were always included in the US federal budget, but were called differently, for example, the cost of "supporting democracy in Russia."

Meanwhile, NATO has begun preparations for a bridgehead at the borders of Russia. At least, the Russian media write about this, pointing to the statement by the NATO Secretary General about strengthening the alliance’s military presence in Eastern Europe.

News under the heading "NATO begins to prepare a bridgehead at the Russian borders" appeared on the website of the newspaper "Sight" late evening 10 February.

The submission states that the 28 defense ministers of the NATO member states at a meeting on Wednesday in Brussels approved a proposal to strengthen the alliance’s military presence in Eastern Europe. This was stated by NATO Secretary General Jens Stoltenberg.

“We have just agreed on a series of principles regarding the modernization of the defense of NATO and its deterrent forces,” the alliance’s head said at a press conference. In addition, "within the framework of the decisions taken, the NATO defense ministers agreed to expand the forward presence in the eastern part of our alliance."

Mr. Stoltenberg stressed that the expansion of the presence will be ensured by the multinational grouping of NATO forces, and the military personnel involved will be in the "eastern part of the alliance" on a rotational basis.

"The United States also decided on a plan to increase the presence of its forces in Europe through the constant rotation of armored and mechanized units," the secretary general added.

The exact number of servicemen of the new troops of the North Atlantic alliance in Eastern Europe will be determined by the headquarters structures in the spring. The final decision will be made at the NATO summit in July.

In addition, it is reported that NATO ministers approved the expansion of the military presence in the Mediterranean and the Black Sea.

The Alliance made a commitment not to deploy its troops along the Russian borders on a permanent basis. “But there is slyness: the term“ permanent military presence ”is being replaced by“ continuous military presence, ”the newspaper said "Sight" expert of the Russian Institute for Strategic Studies (RISS) Sergey Ermakov. - It is said that limited contingents of NATO countries will act on a rotational basis. And we are talking not only about the northeastern borders of the alliance (Baltic states - Poland), but also about the Mediterranean region, where the naval component will be strengthened. ”

“During the threatened period, the alliance can seriously increase and strengthen its contingent at our borders, using the already prepared and developed military infrastructure,” believes Yermakov. “It is also necessary to pay attention to the programs that, independently of NATO, are implemented by the European command of the US armed forces,” the expert added. Already “by 2017, the Pentagon plans, also on a rotational basis, to deploy forces to the level of a brigade”.

“If now there are about 150 US troops in the region, then we will talk about a unit of about 5 thousand people equipped with heavy weapons, including Tanks “Abrams”, armored vehicles, large-caliber artillery, etc., ”the expert summed up.

Having depicted a “threat”, NATO members actively engaged in “opposition” to it. Like any task in the capitalist world, the question of “confronting Russian aggression” posed by the world hegemon is solved with the help of money. In the 2017 fiscal year, the United States intends to spend 4,3 billion dollars to “contain” the actions of the Russian Federation in Ukraine, Georgia and Moldova.

In addition, all the 28 defense ministers of NATO member states supported the idea of ​​strengthening the alliance’s military presence in Eastern Europe. The expansion of the presence, stressed Secretary General Stoltenberg, will be ensured by the multinational grouping of NATO forces, and the military personnel involved will be in the "eastern part of the alliance" on a rotational basis.

The enemy is designated. No one can hear either from the White House or Brussels that there is no cold war, but only “aggravation” of relations with Moscow. In the United States and Europe, decisions are being made openly to build up the "grouping" and "opposition."

The word "opposition" once again confirms aggressive intentions. No, not Russian.

Observed and commented on Oleg Chuvakin
- especially for topwar.ru
Ctrl Enter
Noticed oshЫbku Highlight text and press. Ctrl + Enter
We are
Projection of forceThe Pentagon intends to preserve the power of the US Army
42 comments
Information
Dear reader, to leave comments on the publication, you must to register.