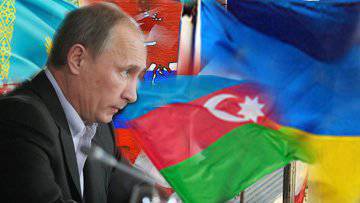 Now that the issue of importing Russian oil products has been resolved, the most serious problem for Kyrgyzstan in the way of its full entry into the Eurasian integration process is the problem of re-exporting Chinese goods to Kazakhstan and the Russian Federation. Kyrgyzstan insists on setting low tariffs for the importation of these goods into the territory of the CU countries, arguing that the resale of cheap Chinese goods to Kazakhstan and further to Russia is the basis of the Kyrgyz economy: in one way or another, Kyrgyz live off this re-export .

Obviously, the CU members should not make serious concessions related to the importation of Chinese goods into their territory, if only for the benefit of Kyrgyzstan itself, thereby working to create powerful light industry on its territory that can meet the needs of inexpensive and high-quality goods. consumption of a significant part of the population of our countries, and in the future completely oust Chinese consumer goods from the common market. Of course, Kyrgyz re-export of finished Chinese products is not the best option for the development of the economy of this country. The more unenviable the fate of Kyrgyzstan, the longer it will sit on the so-called Chinese sewing needle. And in connection with the inclusion of Kyrgyzstan in the integration processes, the center of which is Russia, and the essence, no matter what they say, is the revival of economic ties that have been formed over decades, Kyrgyzstan needs to be pushed to increase its own production, albeit from Chinese raw materials, for which it is possible to temporarily introduce preferential terms of import, and in the future to refuse it, replacing Chinese cotton with Central Asian cotton.

In support of this point of view, let us quote the responsible secretary of the TS, Sergey Glazyev, who does not rule out introducing preferential conditions for the import of raw materials into Kyrgyzstan: “For Kazakhstan, a TS has been introduced for 80 for imported items that can be imported at the same tariffs. For the economy of Kyrgyzstan, commodities are necessary for light industry, that is, goods from which clothes are sewn and imported into the country not for resale. ”

No matter how serious the integration of the CU member countries is, they do not have a truly unified position on joining other countries. For example, the prospect of Kyrgyzstan joining the association is largely alarming Kazakhstan. This is not surprising: the border of Kazakhstan and Kyrgyzstan is perfectly equipped, and Kazakhstan is quite satisfied with the current state of affairs. In addition, due to the exacerbation of the threat of religious extremism, Kazakhstan does not yet feel a great desire to open its southern borders in such an ambiguous and politically unstable direction, which is Kyrgyzstan. In addition to political considerations, Kazakhstan is also guided by economic reasons, wishing to isolate its domestic market from the Kyrgyz food exports. Proof of this is the recently introduced Kazakhstan ban on the import of meat and dairy products from Kyrgyzstan, as well as restricting the supply of Kyrgyz vegetable oil and confectionery products by 40% increase in import customs duties on these types of products. Speaking frankly, Kazakhstan is not very keen on the full acceptance of Kyrgyzstan in the CU and the CES.

Thus, without the political will of Moscow again can not do. The main requirement of Russia during the accession of Kyrgyzstan to the Eurasian integration project is the proper arrangement of the external border of the common space in its Kyrgyz sector, which will be a very casual matter, especially if this task is assigned exclusively to Kyrgyz border guards. Therefore, deepening the existing forms of cooperation between border agencies of the Russian Federation and Kyrgyzstan will be absolutely necessary.

As for participation in the Eurasian integration of other Central Asian states, in particular Tajikistan, here it is still very uncertain. There are enough doubts about the timeliness of this step both in Moscow and in Dushanbe. Recent история with the condemnation of Russian pilots in Tajikistan and the deportation of a significant number of Tajiks from Russia, they added such doubts. Nevertheless, there are no obvious reasons for the integration of Tajikistan into the CU and Eurasian Economic Community by the leadership of our countries. Putin only neutral noted that for such a step it is necessary to first join Kyrgyzstan, since Tajikistan simply does not have common borders with Russia, Belarus and Kazakhstan.

In addition, it will not be surprising if Dushanbe does not force the process of incorporating Tajikistan into the CU. As some experts say, some representatives of the Tajik elite for some reason do not want to establish control over the vehicle at their external borders. And if Tajikistan is involved in the integration process, Dushanbe will be obliged to introduce a common cargo administration system for the CU, as well as ensure Russia's active participation in protecting the external border of the Union, especially the border with Afghanistan.

Against the background of talks about the possible accession of Tajikistan to the CU, the upcoming visit of the President of this country, Emomali Rakhmon, to Moscow, where he will take part in the so-called informal summits of the heads of the CIS, EurAsEC and CSTO, during which the leaders of the countries forming these associations plan discuss issues of improving the activities of these organizations, as well as take stock of their twenty years of independent existence, as well as assess future prospects for integration in the post-Soviet space. It is noteworthy that on the eve of his visit to Moscow, the leader of Tajikistan planned an official visit to Ukraine. What Rakhmon is going to talk with Yanukovych is still a mystery, but the fact that the topic of the Eurasian Union will become one of the central issues at the talks of the presidents is central. It is likely that Rakhmon and Yanukovych will attend the informal summit scheduled for December 19-20, having developed some kind of joint position on the inclusion of their countries in Eurasian integration.

The main concern in Russian society about the inclusion of Kyrgyzstan and Tajikistan in the CU and CES is the problem of the liberalization of the migration regime for the citizens of these countries in Russia and Kazakhstan. Recall that in the countries of the future Eurasian Union provided for free movement of labor. Therefore, new countries that are involved in the integration process will seek to apply the existing rules equally to their citizens. The problem of migration is one of the main stumbling blocks for the participation of Kyrgyzstan, followed by Tajikistan, in the CU, CES and Eurasian Economic Community. If for the integration of Kazakhstan and Belarus with Russia this problem did not exist, then for the participation of the countries of Central Asia in these associations it is very significant. It is clear that neither Russia, nor Kazakhstan, nor Belarus need a massive influx of labor migrants from Kyrgyzstan and Tajikistan. In the Russian Federation, their number is already quite significant, which creates tangible troubles of a known nature. The solution to this problem lies in the creation of such a system of economic relations within the framework of the new Union, in which internal migration in the direction from Central Asia would be minimal. It will also be necessary to change the structure of migration: instead of a stream of workers from Central Asia to Central Russia, it will be necessary to organize intellectual migration, in which specialists from Russia will go to Central Asia to design new industries, energy facilities, build infrastructure and get in exchange for this cheap clothes, fruit, and most importantly, reliable friends on whom you can rely in the future. Hopefully, this is still possible.

Ctrl Enter
Noticed a mistake Highlight text and press. Ctrl + Enter
We are
Russia, Kyrgyzstan, Kazakhstan: the game on the field of integrationKyrgyzstan is ready to become the fourth member of the Customs Union: who will be in the black?
12 comments
Information
Dear reader, to leave comments on the publication, you must to register.