The US Department of State cannot choose between Erdogan and the Kurds ...

February 9 2016
42
As it is known, the President of Turkey Recep Tayyip Erdogan recently indirectly appealed to the United States with a demand to make an unequivocal choice when answering the question: “With whom is the United States: with me (with Erdogan) or with the Kurds?” the president, because in fact he is trying to oppose himself to the whole ethnos, whose millions of representatives inhabit Turkey. 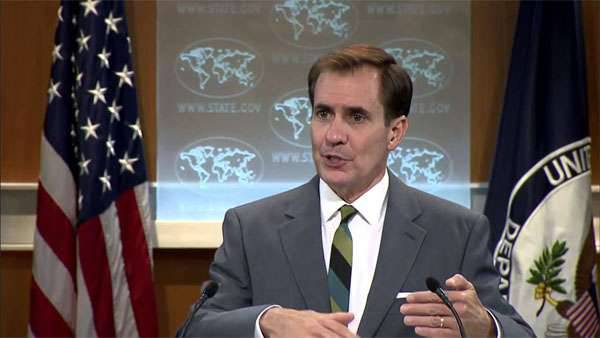 During a briefing by State Department spokesman John Kirby in his address from the correspondent Russia Today Gayane Chichakian raised the question of what comments States are prepared to make regarding the demands of Erdogan. Kirby, who has recently been answering questions from journalists RT and the Associated Press, falling into a clearly overexcited nervous state, decided to simply shy away from the answer. According to Kirby, "the United States works with all parties (both with Erdogan and the Kurds), for the United States both sides are partners."

From the question of Gayane Chichakyan:
How do you handle a situation in which one of your ally calls another your ally a terrorist?

After a pause, Mr. Kirby said that here, it turns out, everything is very simple: the United States does not consider the Kurdish formations as terrorists, but consider them, like Turkey, a useful partner in the fight against ISIL.

American diplomacy, she is so ...

Ctrl Enter
Noticed oshЫbku Highlight text and press. Ctrl + Enter
We are
The representative of the State Department accused RT that the journalists of the TV channel asked him uncomfortable questionsThe action “Military service under the contract is your choice!” In Rostov-on-Don: future contract servicemen, exhibitions and “Russian Knights”
42 comments
Information
Dear reader, to leave comments on the publication, you must to register.