February 7 2016
209
Information Agency Associated Press reports that a nuclear power plant in the state of New York (USA) has released radioactive substances as a result of the accident. We are talking about the Indian Point nuclear power plant, located about 50 km north of the largest US city (New York) - in the village of Buchanan. It is reported that the radioactive substance fell into the groundwater. At the same time, New York State Governor Andrew Cuomo said that "there is no threat to life and health for New Yorkers yet." 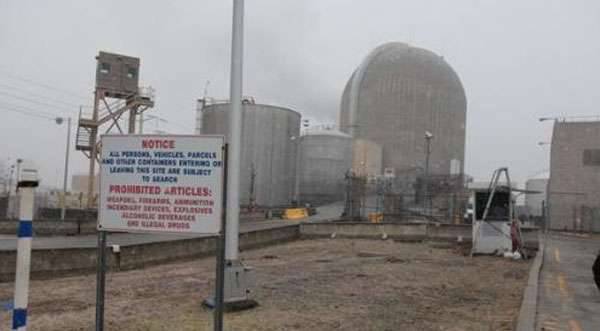 In 70-ies, one of the three units of Indian Point nuclear power plants was closed due to high accident rates and non-compliance with safety requirements.

The governor of the state (the same one who said that the release of radioactive substance does not bear any threat to the life and health of citizens) requested to carefully study the work of nuclear power plants in the state of New York. The appeal was made by Basil Seggos, Commissioner of the United States Environmental Protection Department, and Howard Zucker, the head of the health department.

Ctrl Enter
Noticed oshЫbku Highlight text and press. Ctrl + Enter
We are
209 comments
Information
Dear reader, to leave comments on the publication, you must to register.