Media: in Turkish Diyarbakir there is a battle using artillery

February 7 2016
79
In the center of the Turkish Diyarbakir, where the confrontation between the government security forces and the Kurds continues, an intense battle broke out, artillery shooting and explosions are heard, reports RIA News. 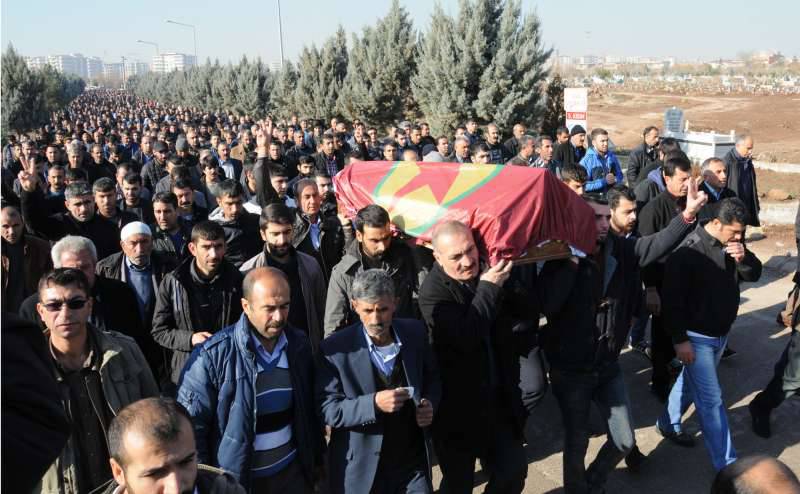 "In the center of Diyarbakir, which is considered the" capital "of Turkish Kurds, is historical Sur district, in which several architectural monuments are located - in particular, it is surrounded by a multi-kilometer fortress wall, in which some fragments date back to the 1500th century BC. Inside the fortress are ancient churches and mosques about XNUMX years old, ”the agency recalls.

But lately, the Sur region has become a war zone between the Turkish security forces and the PKK fighters - the Kurdistan Workers Party.

The area left most of the inhabitants. According to the mayor of the city of Diyarbakir Firat Anli, "out of 70 thousands of residents of Sura, about 50 thousands of people left their homes."

Yesterday, around 2 of thousands of women activists gathered in the city from other cities of the country and staged a protest march. They marched through the center of Diyarbakir, chanting "Long live the resistance of Sura," and "Peace and negotiations."

However, their voices were not heard, literally in 2-s kilometers from the peaceful march, an intense battle began.

Earlier it was reported that during the anti-terrorist operation conducted by the Turkish authorities against PKK activists, more than 750 Kurds were killed.

Ctrl Enter
Noticed oshЫbku Highlight text and press. Ctrl + Enter
We are
Turkish security forces conduct special operation in the province of Diyarbakir (Turkish Kurdistan)Reports from the militia of New Russia for 7 September 2014 of the year
79 comments
Information
Dear reader, to leave comments on the publication, you must to register.