Oil is not for dollars. Are Iranian Faberges Strong?

February 8 2016
85
The world froze in anticipation of the speeches of the official representatives of the State Department, the Pentagon and, possibly, the League of Sexual Reforms about the violation of human rights, the deepest crisis of democracy, the suppression of freedom of speech in the Islamic Republic of Iran. What's the matter? What could be the reason for this waiting? The fact is that at the end of last week the news agency Reuters presented the material with reference to sources in Tehran, which (in the material) refers to Iran’s refusal to export oil for dollars. 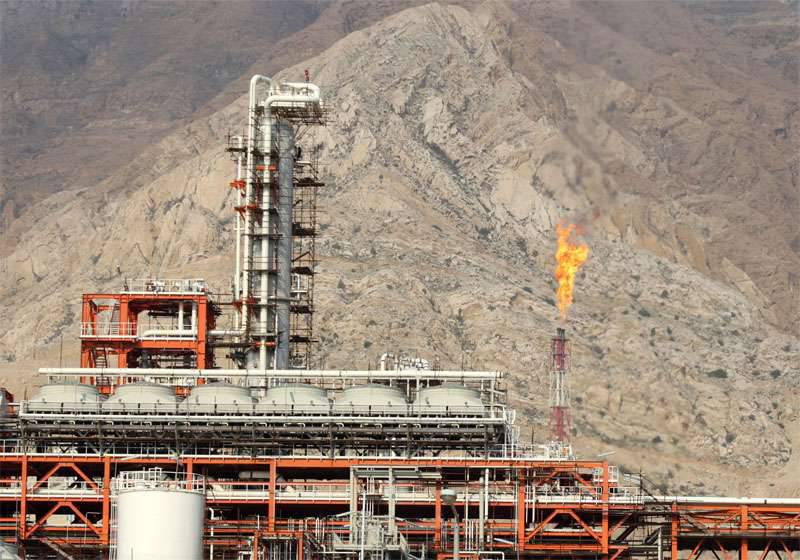 That is how about refusal ?! - startled on Wall Street. - We are here, you know, turning the operation on the next clash of interests, on the crops of chaos using the methods of games with a barrel relying on the dollar, and Iran, from which we also remove the sanctions, decided to arrange a Persian surprise? Naturally, the White House also got excited, because in this building, as is well known, people sitting in their posts are not without financial lobbies and sponsorship from Wall Street - with the desire of these sponsors to get financial returns from their main protégé. And, as again it is known, neither the White House nor Wall Street is very, you know, disliked when someone declares his refusal to use the most democratic currency in the world ...

As soon as Western news agencies spread information about the refusal (at least, it is the Western media that write about the refusal) of Iran to sell oil for dollars, the American hawks attacked their lame duck with new force. They say that this is you, Mr. Obama, just recently signed a resolution on partial lifting of sanctions against Iran, on the basis of which Western banks defrost impressive Iranian assets (about 100 billion dollars). You signed, and they draw figs to us here ... First, our marines are forced to come to snot and kneel, and then they refuse to sell oil for dollars, actually trying to get out of our titanic work of the formed influence.

The Nobel Peace Prize Laureate wanted to once again come up with an “address to the nation,” but it seemed he finally fell into depression, flopped into a chair in the Oval Office and let out a mean presidential tear, realizing that 8 years of presidency are running out, to put it mildly, not quite as originally planned. Already, old Hillary is a kosterit for not leaving her any democratic backing ...

However, let us return to the Iranian "demarche" in relation to dollar oil deals. If you believe the reports of Western sources, Iran intends to trade its "black gold" with companies such as Spanish Cepsafrench Total, as well as with an international trading agent of the Russian Lukoil company Litasco. Moreover, Iranian oil will be traded in euros. A source Reuters at the National Iranian Oil Company announces that this is being done in order not to fall under the total influence of the US currency.

Here, it would seem, one can wonder, what is the currency diversification? .. - What is a dollar, what is the euro - today almost everything is the same, especially if we consider that the US is trying to keep Europe on a short leash. However, the reality is somewhat different. In Iran, they are well aware that if they start trading oil in the US currency, they will receive substantial external control over the produced trade operations from the US side. And if there is such control, then, according to the American tradition, American pressure will also reveal itself with obvious attempts to play with the revenue part of the country's budget and, indirectly, the mood of its ordinary citizens.

Understanding this, Tehran attempted to find a plausible alternative to the US dollar. The alternative does not seem to be the most outstanding, because the dollar-euro peg is unambiguous, but Iran has its own considerations on this, and they are not without grounds.

Firstly, the euro is the currency that all participants in trade relations can afford to pay for transactions, especially if we consider that the buyers at the first stage are European and Russian companies. Secondly, any attempt to weaken the euro, which the States may try to make in order to annoy Tehran, will result in problems for the States themselves. Why? Because the level of competitiveness of European goods in the world market, including, of course, the American one, will automatically increase. And although the euro is often called the same dollar, only of the European type (dollar, profile view), in fact the dollar and the euro are competing world currencies, and such competition often results in serious economic clashes with the constant desire of the US to click on European "friends" on the nose.

So, if we assume that Iran will lobby for oil trade in the euro, what to expect? First of all, we should expect a new pressure from Washington on those whom it almost completely turned into vassals, that is, on the European Union. The European Union is probably already now being explained that trading not for dollars, and even with Iran is “non-kosher” and non-democratic, and that if suddenly ah-ah-ah, then immediately ata-that in the form of sanctions against the same French giant Total or Spanish Cepsa.

But Iran has Lukoil in reserve. This is why there is nothing to lose from American sanctions, if only because Lukoil under these sanctions has been working since 2014 of the year, but continues to carry out trade contacts, including with European colleagues. And if the States still pull the European companies mentioned above for a leash and “clarify” that it is not worth starting oil trade with Iran for the euro, then serious trading prospects may open up for Lukoil. And it is through Lukoil traders that the same Europe will have the opportunity to receive Iranian oil, which in comparison with oil from the Saudis will cost less by about Euro 4-5. It's about oil grade Iran Heavy, the price for which Tehran marked for Europe back in January.

True, there is one thing but. In 2007, Iran has already announced that it is preparing to give up oil trading for dollars. Moreover, the statement was made by then-President Ahmadinejad. But at the same time in Tehran, Ahmadinejad was not supported for a number of reasons. And in 2011, Libya emerged, and the Americans decided to demonstrate how they are prepared to deal with those countries and their leaders if they declare their desire to abandon their dollar dependence. It is worth recalling that the leader of the Libyan Jamahiriya, Muammar Gaddafi, promoted the idea of ​​an all-African gold dinar. What happened to Gaddafi later, the Americans are ecstatic to this day.

In this regard, the question is: does Tehran frizz? Moreover, all other exporting countries (including the Russian Federation) so far frankly treat the dollar as the currency of hydrocarbon trading.

Ctrl Enter
Noticed oshЫbku Highlight text and press. Ctrl + Enter
We are
Results of the week. “I respect you, and you respect me, we are dear people”Iranian air traffic control
85 comments
Information
Dear reader, to leave comments on the publication, you must to register.