February 5 2016
63
A surprising position (although we are talking about the US authorities, and therefore already not surprising) the position of the US State Department spokesman John Kirby on the Turkish artillery shelling of the northern regions of Syria. Mr. Kirby was asked to comment on the information that the Turkish army was launching artillery strikes on Syrian territory. To this, Kirby stated that "Turkey is taking action to improve the security situation on its borders." 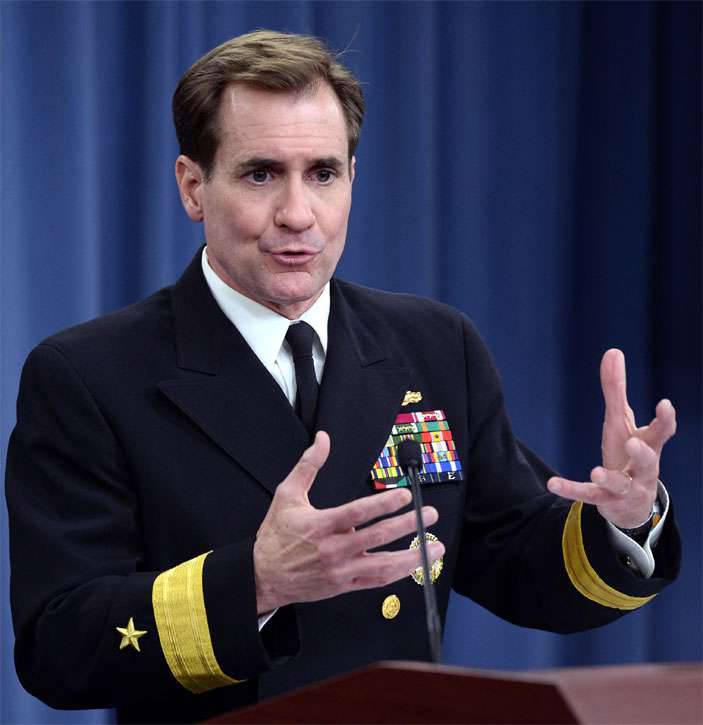 Kirby mentioned the 98-kilometer stretch over which the Turkish side allegedly tries to regain control. When Kirby was asked how the attempt to regain control over the border with shelling of a foreign country’s territory came together, Kirby said he was not ready to comment on the actions of the Turkish military for the simple reason that "Turkey is a US partner in the antiterrorist coalition." Mr. Kirby was immediately reminded that his predecessor as the official representative of the US State Department (Jen Psaki) readily and verbally commented on the "activity of the Russian troops near the Ukrainian border."

Kirby's answer is RT:
I would not even be ready to comment on the actions of the US military. And Turkey is our partner in the antiterrorist coalition. At this point!

It turns out that if anyone (according to the logic of the State Department) is in a coalition with the United States, then he is allowed to conduct shelling of any state, to wreak havoc in which is the goal of the same United States. Clearly a new word in the system of international relations ...