How was Russian military counterintelligence born? 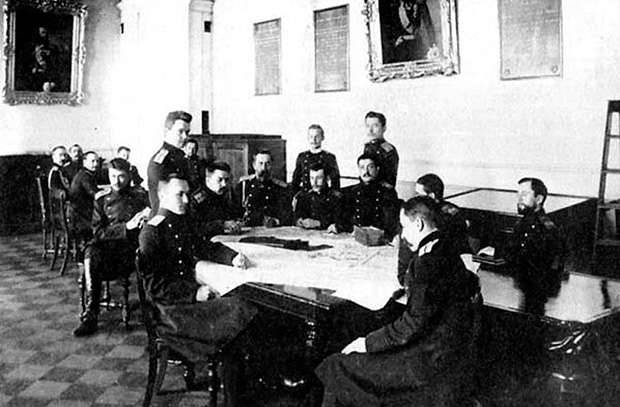 Employees of the Russian military counterintelligence agencies celebrate their professional holiday, December 19 - on this day in 1918, the resolution was made to establish the Special Department of the Cheka, which was entrusted with this difficult work. But in fairness it should be noted that the exact birthday of the domestic military counterintelligence should be considered February 3 (January 20 old style) 1903 of the year. It was on this day that the Minister of War, Adjutant General Alexei Kuropatkin, submitted a memorandum to Emperor Nicholas II “On the establishment of the Intelligence Division of the General Staff”. 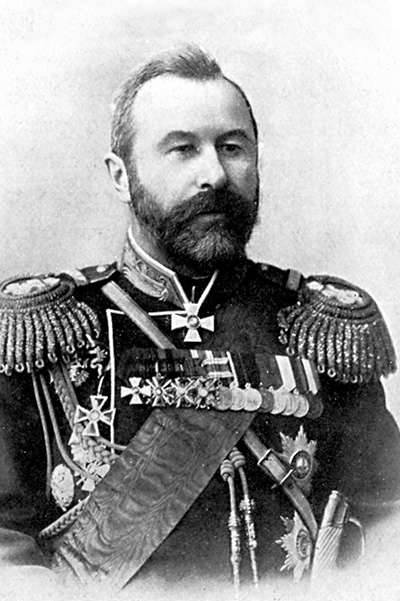 Alexey Kuropatkin. Photo: Historical War Museum
This is how the minister justified the need for a new structure: “Until now, the discovery of state crimes of a military nature was a matter of pure chance, the result of the special energy of individuals or coincidence of happy circumstances, which means that it is possible to assume that most of these crimes remain unsolved threatens the state with significant danger in case of war. To impose measures to detect persons engaged in this criminal activity on the Police Department would not seem appropriate, firstly, because the named institution has its own tasks and cannot devote sufficient forces or funds to this, and secondly, because in this case, which relates exclusively to the military department, the full and diverse military competence is required of the executors. Therefore, it would be desirable to establish a special military body responsible for the search for these crimes in order to preserve military secrets. The activity of this body should consist in establishing the secret oversight of the ordinary ways of secret military intelligence, which have foreign military agents as their starting point, the end points - persons in our public service and engaged in criminal activities, and the connecting links between them - sometimes a number of agents, intermediaries in the transfer of information.

Such an approach to military counterintelligence was not demonstrated by any predecessor of Kuropatkin as military minister. Even the legendary Barclay de Tolly, through the efforts of which in the 1812, appeared in the Russian army "the superior military police" - the predecessor of both intelligence and counterintelligence, focused it mainly on intelligence activities. 27 January 1812, the emperor Alexander I signed the documents on the creation of the highest military police, but the only direct indication concerning counter-espionage is contained only in one of them - in the “Additional rules and comments” to the “Instructions to the Chief of General Staff for the management of the higher military police”. And it sounds like this: “About enemy spies. § 23. Enemy spies should certainly be punished by death in public before the army and with all sorts of publicity. § 24. Their pardon is allowed in that case, when, being caught, they will give themselves important news, which will subsequently be confirmed by incidents. § 25. Until this verification of the information they provide, they must be kept under the strongest guard ”. So in 1903, military counterintelligence as a service-oriented service was created in Russia for the first time.

At first, the scope of the Exploration Department’s activities extended exclusively to St. Petersburg and its environs: the main targets were the “military agents,” as military attachés at the time were called, and they worked at the embassies located in the capital. Accordingly, the staff of the new special service was also small. The report of Kuropatkin states: “At the Main Headquarters, it would be appropriate to establish a special Exploration Department, placing its chief officer and head officer at the head of its department and introducing its chief officer and clerk. For the direct detective work of this department, it would be necessary to use the services of private individuals - detectives on free employment, a constant number of which, until ascertaining its experience, it would be possible to limit to six people. ”

A new special service is located in St. Petersburg on Tavricheskaya Street, at number 17. During the first year, the staff of the Exploration Division was exactly what the Minister of War described him. The head of the department was Vladimir Lavrov, former head of the Tiflis security department, captain of the Separate corps of gendarmes, his former colleague, retired provincial secretary Vladimir Pereshivkin became a senior observant agent. From the Tiflis security department, they transferred to the service of the ex-chief and the first two “observant agents” - gendarme extra-urgent non-commissioned officers Anisim Isaenko and Alexander Zatsarinsky. The rest of the agents were recruited in the process, initially without devoting them to all the subtleties and secrets of the department’s work: as Lavrov himself wrote about it, “some of them will be inappropriate on closer examination and will have to be removed”. The emphasis on preserving the maximum conspiracy was completely justified and was made from the first days of the department’s existence. Even in a memorandum about this, it was said specifically: “The official establishment of this branch would seem inconvenient in the sense that it loses the main chance for the success of its activities, precisely the secret of its existence. Therefore, it would be desirable to create a projected branch without resorting to its official establishment. ”

According to Vladimir Lavrov’s report on 1903, the first year of the exploration department’s existence has already produced significant results. The observation of the military agents of the major powers - Austria-Hungary, Germany and Japan, revealed not only their own reconnaissance efforts, but also agents from among Russian subjects, first of all, officials and officers. It was on the basis of information obtained in 1903 that at the end of February 1904 was arrested a staff officer on special assignments at the main quartermaster, Captain Ivkov, who was the source of information for the Japanese military attache.

Alas, the first successes of the new service almost became the last. In July 1904, the International Spying Department of the Police Department of the Ministry of Internal Affairs was established, a year later renamed IV (secret) diplomatic department of the Special Section of the Police Department. It existed until the summer of 1906, but during these two years it managed to seriously damage the lives of colleagues from the Exploration Department. As Vladimir Lavrov wrote about this, “relying on the exclusive rights of the Police Department and having means many times superior to those of the Intelligence Division, the designated organization began to take over the supervision of the Intelligence Division, not excluding land military agents, to outbid those who worked for the Intelligence Division offices, or simply forbid them to serve the department and generally prevent it from doing so, and then began to invade the General Directorate of the General Staff: to illustrate the correspondence entsiyu officers and establish them under surveillance. "

After the elimination of competitors, the Exploration Division existed for another four years, until the end of 1910. By this time, Captain Lavrov managed to get the rank of colonel and the Order of St. Vladimir: the Russian throne highly appreciated his achievements in the field of counterintelligence. In August, 1910, Lavrov, was replaced by gendarme colonel Vasily Erandakov, who served in that post for less than a year. 8 June 1911 of the year Minister of War Vladimir Sukhomlinov approved the “Provision on counter-intelligence units”, which introduced those in all military districts of Russia and separately in St. Petersburg. The first Russian counterintelligence, the Intelligence Division at the General Staff, was transformed into the St. Petersburg counterintelligence department.

And the first head of the exploration department, Colonel Vladimir Lavrov, retired with the rank of major general. In 1911, he moved to live in France, where he took up the exact opposite of his previous work: the creation of the first Russian intelligence agency in Western Europe - “organization No. 30”, which operated against Germany. How successful this work was, and what the fate of Lavrov was, is unknown: this information was lost forever in the First World War fire that swept Europe.

Ctrl Enter
Noticed oshЫbku Highlight text and press. Ctrl + Enter
We are
Born in the fire of revolution and warDiplomats of the People's Commissariat of Defense: on the eve and during the war
21 comment
Information
Dear reader, to leave comments on the publication, you must to register.