How to survive with low oil prices

February 3 2016
178
There is probably no such person in our country, who every morning, waking up, would not listen to the reports from the Moscow Interbank Currency Exchange (MICEX) about the ruble exchange rate. They resemble reports from the front, because the national monetary unit will not stop its retreat, making millions of Russians poorer and poorer. In this case, the government admonishes us that, they say, do not worry, everything is under control. But is it? Over the past few months, the national currency has become cheaper by almost one hundred percent, which means that citizens ’deposits and property belonged to them have doubled in value. And there is no end in sight. Naturally, questions arise. What does our government do in this situation? How does it fight inflation?

It’s easier, of course, to impose new taxes on the population, raise the retirement age, impose taxes on the poor ... Take, for example, history with the same truckers. Or no less controversial situation with requisitions for overhaul of housing.

Recently, the chairman of the government ordered him to submit proposals on the preparation of an “Anti-crisis program”. 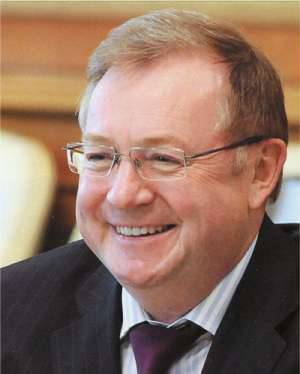 But there were years in the history of modern Russia, when oil was cheaper than today. Recall how literally in half a year the government of Yevgeny Primakov and Yury Maslyukov pushed the country away from the abyss after the default of 1998.

Not everything depends on the price of oil. Much more - on how the financial and economic bloc of the government works. There are countries where oil is not produced at all, but the people there do not live in misery.

Our so-called effective managers of 25 have been saying for years that they are doing everything right, as they confidently keep up with the West, which will help us. But everything, it turns out, was kept on the high price of oil. And when she collapsed, all the wonderful managers were blown away like balloons.

By the way, President Vladimir Putin in Stavropol remembered the experience of the USSR, that there was a lot of good in Soviet times, something that should not be abandoned, for example, the education system and much more. Even condemnation by “effective” managers is planned in the economies of the United States, Japan, and other countries.

What is the way out of the situation?

To listen to serious scientists, including the recommendations of Sergei Glazyev. He has already developed an alternative economic program.

The country should really earn the import substitution program.

Declare a state monopoly on the sale of alcohol that the Accounts Chamber of the Russian Federation proposed ten years ago.

To introduce confiscation of property for corrupt officials, which was also mentioned by Vladimir Putin.

In the meantime, it seems that we live by the principle: where the curve will take out.

Ctrl Enter
Noticed oshЫbku Highlight text and press. Ctrl + Enter
We are
About Stalin and KhrushchevWhat you didn't want to know about England
178 comments
Information
Dear reader, to leave comments on the publication, you must to register.