“What are you complaining about?” - “On Nord Stream-2”


The statement made by the Ukrainian Prime Minister, who recently met with Slovak Foreign Minister Miroslav Lajcak, was as follows (quote RIA News http://ria.ru):
We ask the European Commission to start an investigation and stop this anti-European, anti-Ukrainian, anti-Slovenian, anti-Polish project. We do not want to let the Russians beat us. 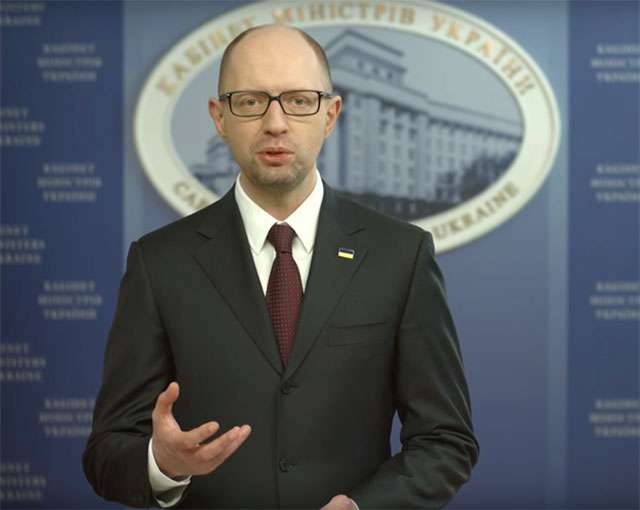 It turns out that Yatsenyuk is seriously confident that Russia is “playing” with him? .. Arseny Petrovich has a very great conceit, because for the very same Gazprom, the essence of the situation is as follows: “Yatsenyuk” come and go, and Europe always needs energy, and sin not to make attempts to reduce dependence on, excuse me, uporotyh transient. And in this regard, Gazprom is not trying to replay anyone or flirt with anyone. The case comes reinforced economic pragmatism, to know about the existence of which the Maidan authorities of Ukraine prohibits Big Western Brother. About the "brother" a little later, but for now that the European Commission announced that they had received a complaint from Kiev and that they were ready to consider this complaint.

Having received a letter of complaint, pedantic officials of the European Commission must have begun to rummage in documents looking for a paper stating exactly when Ukraine managed to join the EU to send complaints to the commission. Looking for a long time, but in vain. Only then someone remembered that Ukraine is asking for associative membership, but immediately this someone began to scratch the back of his head, remembering that such countries and territorial entities as Palestine or Algeria also have associative membership in the EU those before the complaints to the European Commission didn’t ripen anything ... And some time later, the European Commission looked at the list of European companies that signed a promotional agreement with Gazprom in September on the readiness to take part in the implementation of the North Stream project. 2015.

We looked at the list, and more than ever, the representatives of the European Commission combed back the need to make a decision: after all, on the one hand there is a clear interest of the largest EU countries from an economic point of view, and on the other, US interests, actually denoted by a talking doll named Arseny.

The incident also lies in the fact that the European Commission itself does not understand the quality of whom to respond to the Ukrainian (or rather, only those expressed by Ukraine) claims? The EC does not have the right to regulate the part of the pipe that could potentially pass under water, based on the current legislation. It turns out that if Brussels pleases the United States, then it is solely a ban on the extension of the pipeline by land. But this will have to act quickly - until such time as the aforementioned large European companies have invested in Nord Stream 2, otherwise companies from the European Commission will tear off three skins to compensate for their investments.

Are the European Commission ready to chop off "SP-2" like this - right away? It would seem that no one and nothing the EC does not interfere with this, because they actually did the same with South Stream, declaring that, you see, it violates the so-called Third Energy Package, because it strikes the competition in terms of gas supplies to South Europe But this is so that South Stream and Southern Europe, with its Bulgarians, Romanians and Slovaks, who, frankly, spit in Berlin, Brussels and Paris - just to remain a market. And here we are talking about the Northern flow ... That is, the pipe, which a) does not violate any Third Energy Package (there is a “competitive” gas in the north, for example, from Norway), b) is able to meet the needs of the leading economies of the EU , c) it may turn out to be aimed at hitting the monopolist, which Ukraine wants to remain with regard to the transit of Russian gas.

In the meantime, the European Commission is thinking about what answer to give "complaining to Ukraine" (well, that is, you know who ...), in this very Ukraine a big gas billiard continues. So, Canadian company Serinus Energywhich, as it turns out, owned large assets in Ukraine, decided to sell these assets as a matter of urgency. 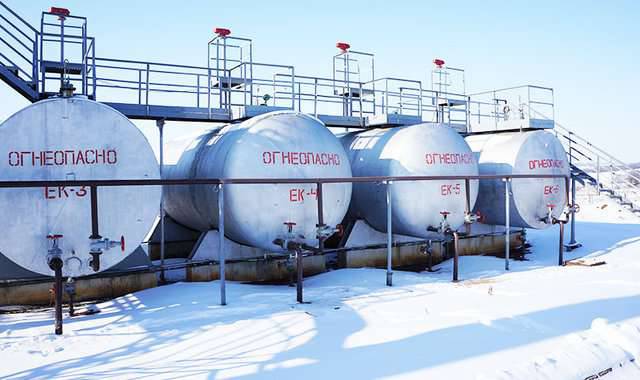 Apparently, the Canadian "investors" were concerned about the situation with the latest reports on the volume of gas reserves in the Ukrainian shale basins. Who was the buyer of the assets of a Canadian company? A considerable surprise, but this is Mr. Biden, Jr. (Hunter Biden). Not himself, of course, but Resano Trading Ltd., a company affiliated with Burisma, which Biden is a member of the board of directors.

Why did Biden and his colleagues need to buy gas assets in Ukraine, if the latest expert reports refer to the previously clearly overestimated volumes of shale gas reserves in Ukraine? The fact is that, firstly, the United States continues to press Ukraine in order to hold onto the gas transit from Russia with its teeth, having the opportunity to influence Europeans in a certain way (on the instructions of the USA), and secondly, Ukraine they are preparing to use as a market for the sale of expensive liquefied gas brought from over thirty lands (from Qatar or from the same US).

Therefore, Hunter Biden's interest in Ukrainian gas issues after the psychological blow associated with the shale, and marked again. I realized that there is something to warm my hand and replenish the family treasury. This means that the Maidan Panopticon in the Ukrainian government will do everything with renewed vigor (scribbling complaints at least in the EC, even the Pope), that “the savior of the Ukrainian land” - Biden Sr. - will order.

Ctrl Enter
Noticed oshЫbku Highlight text and press. Ctrl + Enter
We are
Results of the week. “But is it not enough in Pedro in Brazil ?! And do not count! "Situational analysis of the death of the MH17 flight (Malaysian Boeing 777), made on the basis of engineering analysis from 15.08.2014
118 comments
Information
Dear reader, to leave comments on the publication, you must to register.