February 3 2016
12
The US Army intends to create additional cyber divisions, said the head of the US Cybernet Command, Edward Cardon. The Pentagon will work on this task in the next three years. According to Cardon, the American army does not need such cyber subunits on a permanent basis. Obviously, the “fighters” of the computer front were needed by the USA to counter the “Russian threat”. 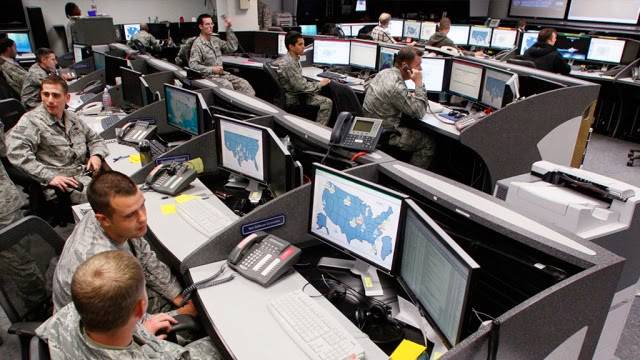 Cardon's statement in the Russian segment of the Internet appeared on the English-language website of the agency "Sputnik".

Let's take a look at it.

According to the head of the US Cyber ​​Command Command Edward Cardon, in the next few years, the US Army intends to recruit additional officers who will not become part of the existing army units.

Currently, according to a military official, the army is looking for ways and means of mobilizing people for cyber command. The question of their future subordination is also being studied.

“They hardly need for a whole year. Usually they are needed for about ten days, ”Cardon shared some details.

Mr. Cardon is seriously examining the question of whether the United States should not use the Estonian model of "cyber militia". According to this scheme, hundreds of citizens undergo appropriate training and can be called to serve as a voluntary “cyber force”.

Cardon promises that “within the next three years” there will be “a lot of work” in this direction.

This “work,” we add, did not originate from scratch.

In April, the Pentagon's 2015 announced a new cyberwarfare strategy. It was presented to the public by Secretary of Defense Ashton Carter himself. This newspaper told "New York Times".

As journalist David Sanger noted with irony in his article, the Pentagon’s move was designed to “scare potential cyber-enemies”.

The strategy spells out “circumstances” in which “cyber-weapon” can be used against the “aggressor”. The document cited a list of the states that are the “greatest threat” to the United States: Russia, China, Iran, North Korea.

US Secretary of Defense Ashton Carter voiced the basics of the document publicly at a speech at Stanford University. The journalist points out that only from January to April, 2015, did the White House administration four times announce new cyber strategies.

Ironically, the correspondent notes that the Obama administration formulates the circumstances in which the United States will inflict cyber attacks, but at the same time, the strategists for some reason "forgot to write about the main role played by the United States in the large-scale cyber-security program of Iran."

Another interesting point. In his speech at Stanford, Carter reported (for the first time) that a few months ago, the Pentagon was attacked by cyber attackers. Allegedly network hacked "Russian hackers." True, a team of American cyber fighters quickly "shed" them out of the network.

About 2% cyber attacks on US systems may require a nationwide response. They will be coordinated by the Pentagon under the auspices of Cyber ​​Command.

With regard to preventive cyber attacks, then decisions about them, obviously, will be taken by the “President or the Minister of Defense”. This is stated in the strategy itself, indicating that the US Army to protect the interests of the homeland may need to conduct cyber operations in order to disrupt the enemy’s networks or its infrastructure related to the military sphere. The publication indicates that the US army can conduct cyber operations to end the ongoing conflict on the terms of Washington or disrupt the operation of the enemy’s military systems and thereby prevent the use of force that threatens the interests of the United States. The correspondent suggested that such a text contains loopholes that allow the Pentagon to conduct preventive cyber attacks.

“This is the transfer of the experience of organizing hostilities to the cyber sphere,” the expert noted. - You can draw an analogy with the creation of operational commands. That is, a tactical group is created for solving a specific task. In contrast to the traditional armed confrontation, a wider range of tasks is being solved within the framework of the “cyber war”. ”

According to Sivkov, due to the many-sidedness of cyber war, similar approaches to it practically do not exist. Therefore, it is impossible to keep the units on a permanent basis to perform specific operations. “It is much easier to form a“ shock group ”for a specific goal, the expert believes. - For example, to influence the psychological state of the whole division before the offensive. Solved this problem, and the division of "information killers" disbanded. " And only then “they start destabilizing the sociopolitical situation in a particular region of a particular country”.

Military expert Vladimir Shcherbakov believes that “cybergroups” can play the role of hackers for the Pentagon.

“Suppose,” he said, “SP”, “if you disable the national payment system, organize a panic on the stock exchange or in the banking system, it will not seem like a little. Only stealing money from bank accounts will not be private individuals, but mercenaries acting on the order of the US military or their top political leadership. ”

Analysts believe that as military equipment becomes more complex, conventional wars will give way to wars based on different principles. “We know,” he said, “that in the armies of many countries, drone drones are actively used, the human factor in controlling which is minimized. If you have complicated electronic components, their software, more and more equipment is used in automatic mode, respectively, the possibility of remote destruction of these systems is enhanced by, relatively speaking, “cyber weapons”. It is clear that the ax will not work in this way. ”

Most recently, in January 2016, we add to this, the main person from the NSA boasted about cyber-sums of the USA. As we can see, not only the Pentagon plows the fertile "niva" of cyberwar.

January 21 The Wall Street Journal There was an article telling about a certain cyberweapon (cyberweapons).

The director of the National Security Agency, Admiral Mike Rogers, boasted that the United States had been developing cyber weapons for five years. In the coming months, a new gizmo will be demonstrated.

The submission indicates that strategic officials still argue when “offensive actions” should be conducted against individual groups or states with the help of the latest developments.

Rogers further stated the “tipping point” and the impending widespread use of cyberweapons.

Both the strategy born by American politicians and the military in 2015, and the “newest developments” from Mr. Rogers, which have been spent for five years, speak of the serious US intention not only to “defend” their network systems from the invasion of China, Russia and beyond list, but also to lead “offensive action”.

Despite the discussions that the NSA director recently said, it is obvious that the Americans will not stop at “defense”. As a matter of fact, the Pentagon, as well as the NSA, have always been institutions designed to attack. The NSA's global cyber espionage, exposed by Comrade Snowden and other public informants, and the endless wars the Pentagon has waged all over the planet, serve as a good argument for this assumption.

Observed and commented on Oleg Chuvakin
- especially for topwar.ru
Ctrl Enter
Noticed oshЫbku Highlight text and press. Ctrl + Enter
We are
US plans to double cybersecurity costsUS Cyber ​​Command, Threats and Laws
12 comments
Information
Dear reader, to leave comments on the publication, you must to register.