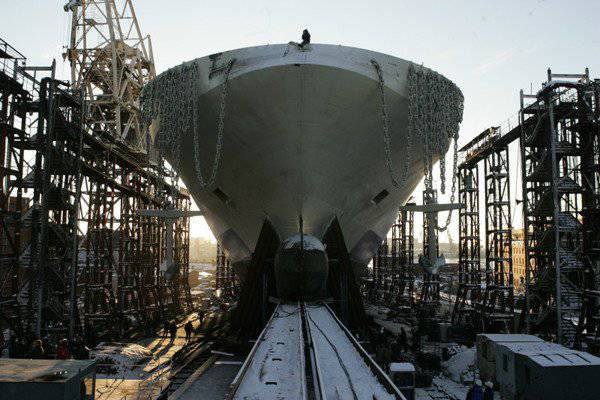 The Baltic Plant and USC (United Shipbuilding Corporation) have signed an agreement for the manufacture of floating hull parts for two Mistral helicopter carriers. The contract in the presence of Vladimir Putin - the Prime Minister of the Russian Federation - was signed by Roman Trotsenko, President of the USC, and Valery Venkov, and. about. general director of the Baltic plant. The contract is signed in the amount of 2,5 billion rubles.


Recall that the French and Russian parties in St. Petersburg signed an agreement at the economic forum (the sum of the contract is 1,2 billion euros) for the supply of two Mistral-type helicopter carriers. 980 million euros of the total amount of the contract will go to the construction of helicopter carriers; the rest of the money includes the cost of adapting documentation, training crews, as well as licenses for technology. The first ship will go into service with the Navy in 2014 g, the second - a year later.

We are talking about the marine operational system of tactical information (SENIT-9), which will be equipped with ships "Mistral". The question of whether technology should enter into the amount of the contract was one of the obstacles in signing an agreement between France and Russia.

It is planned that the Ka-52K helicopters will be based on the helicopter carriers. "The Ka-52K helicopters will be mass-produced by the 2014 year, an experimental batch will be made in the 2012 year," said Y. Denisenko, managing director of Progress holding, earlier. It is planned that more than 2020 helicopters of this type will be delivered before 100. According to Denisenko, helicopters are currently undergoing bench tests. The Ministry of Defense of the Russian Federation put forward a tactical and technical proposal to extend the engine life to 5 thousand hours.

These engines currently run approximately 2-2,5 for thousands of hours. The managing director also indicated that the Ka-52K variant should have folding blades made of composite materials. He also said that unlike the American Apache - the main competitor - the Ka-52 helicopters have a number of advantages, namely, a system of jet pilots rescue, which has no analogues in the world, and a coaxial scheme.

Helicopter carriers "Mistral" is likely to go into service with the Pacific fleet and will be based in Vladivostok. These ships will be used to ensure security in the Far Eastern region and support troops in the Kuril Islands.

Plants, except for the construction of "Mistral", will jointly build nuclear icebreakers. An agreement was reached on the construction of an atomic icebreaker with a capacity of 25 megawatts and 3 of icebreakers with a capacity of 16 megawatts. 25-megawatt icebreaker will cost 7,5 billion rubles, and each of the three - in 4 billion.
Ctrl Enter
Noticed oshЫbku Highlight text and press. Ctrl + Enter
We are
Armament and equipment acquired for the modernization of the "Admiral Nakhimov"In St. Petersburg opened a naval salon
Military Reviewin Yandex News
Military Reviewin Google News
6 comments
Information
Dear reader, to leave comments on the publication, you must sign in.