Intelligence agencies of Russia and Egypt identified the identity of the terrorist who carried the explosive device aboard A321.

January 28 2016
48
TV channel LifeNewsreferring to sources close to the investigation into the case of the commission of a terrorist act on board the A321 aircraft flying from Sharm el-Sheikh to St. Petersburg, reports on the identification of the terrorist. We are talking about a terrorist who carried an explosive device aboard the airliner of the Russian airline Kogalymavia. The name of the terrorist is not called, but it is noted that he worked as a loader at Sharm el-Sheikh airport. 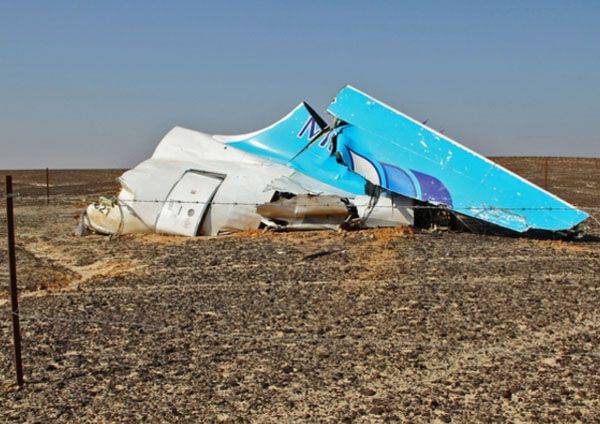 The report says that this man got a job as a loader in the air harbor of the resort town shortly before the attack. The airport management notes that during the interview he showed an interest in loading work. As a result, he was hired as an employee of the baggage loading service with the ability to enter the airfield.

According to the information of special services, immediately after the terrorist act, he left not only Sharm el-Sheikh, but also Egypt itself. According to some information, his last place of residence is in Turkey. Along with him, in search of the Russian and Egyptian special services in the case of the explosion that claimed 298 lives, there are five of his accomplices.

Ctrl Enter
Noticed oshЫbku Highlight text and press. Ctrl + Enter
We are
Two employees of Sharm-al-Sheikh airport were arrested in Egypt on suspicion of involvement in a terrorist attack aboard a Russian airlinerReports from the militia of New Russia for 4-5 of October 2014 of the year
48 comments
Information
Dear reader, to leave comments on the publication, you must to register.