The Japanese are waiting for a "gesture of goodwill" from Russia

January 29 2016
110
As reported by TASS, the Japanese government considers Russia's position on the "northern territories" unacceptable. However, Tokyo will not protest because of the sensational "Kuril" statement by the head of the Russian Foreign Ministry Sergey Lavrov. Instead of protests, the Japanese intend to "pursue an adequate policy" in the matter of territorial dispute. 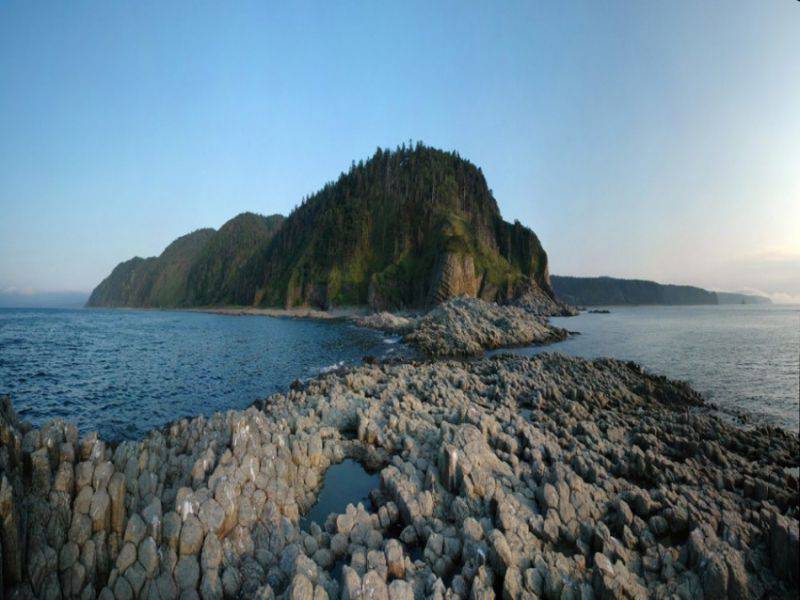 Recall that Japan has long claimed the Iturup Islands, Kunashir, Shikotan and the Habomai Archipelago belonging to the southern part of the Great Kuril Ridge. Hard on the "adequacy" of their intentions, the Japanese want to observe the following outcome of the resolution of the territorial "dispute": the Russians give them the islands, and then the discussion of a peace treaty begins. The position of Moscow today is unequivocal: the full sovereignty of the Russian Federation over the respective territories, enshrined in the outcome of the Second World War, is recognized.

On Tuesday this week, Russian Foreign Minister Sergei Lavrov said that Moscow does not consider the conclusion of a peace treaty with Japan synonymous with resolving a territorial dispute, reports TASS.

“Yes, there is an agreement between the President of Russia and the Prime Minister of Japan that among those issues to be resolved the peace treaty issue must be present,” the agency quoted the minister as saying. - We do not believe that a peace treaty is a synonym for solving a territorial problem. This is a step that is necessary for the relations between the two countries to be normal, not only in substance, but also in terms of legal content. ”

Lavrov also recalled that “the only document that was signed and ratified by the two countries in 1956, the so-called declaration, very clearly puts the signing of a peace treaty in the first place. Regardless of how the islands will be finalized and can be reached. It says: a peace treaty, and then, perhaps, not a return, but a transfer by the Soviet Union as a gesture of goodwill from these two southern islands. ”

27 January correspondent TASS conveyed the statement of the Deputy Secretary General of the Japanese Cabinet of Ministers, Koichi Hagiuda, who spoke at a press conference. According to him, the Japanese government considers Moscow’s position unacceptable on the issue of the northern territories ’, but is not going to protest about the statements of the head of the Russian Foreign Ministry.

“We consider the position of the Russian side to be completely unacceptable,” the agency quotes him. “The position of the Japanese government on this issue is clearly expressed, and we do not think about taking any concrete action in connection with these statements.”

In addition, Hagiuda said that Japan intends to continue to "pursue an adequate policy" in the matter of territorial dispute.

The fact of S. Lavrov’s statement, as well as the reaction of the Japanese side to him, of course, does not mean that the parties will refuse to negotiate.

On Friday last week, the newspaper reminds "Sight"It became known that Russia and Japan agreed to hold talks at the level of deputy foreign ministers of the two countries in February in Tokyo. Earlier, on January 12, Russian Presidential Spokesman Dmitry Peskov said that the possibility of a Japanese Prime Minister’s visit to one of the Russian regions was discussed.

Despite the constant political friction over the “territorial dispute”, Russia is constantly seeking economic contacts with the Land of the Rising Sun. Including on the islands.

The same Lavrov at a press conference on Tuesday spoke on the topic of Japanese business.

“Japanese business is ahead of politics,” he was quoted as saying. RIA News". - And when some Japanese politicians say: if a peace treaty is concluded, and the so-called territorial problem is solved, then Japanese business will take powerful steps into the Russian economy, and if this does not happen, then business will be cautious, we do not feel that Japanese business cautious. Maybe somewhere they are trying to restrain him, I don't know. And, probably, much more can be done in terms of trade, economic and investment cooperation. But the business does not expect any political signals in the majority, it is actively working. And we welcome it. ”

“By the way, we have repeatedly and for a long time offered the Japanese government to support the idea of ​​a widespread Japanese business on these same islands, offered to create there a special additional regime, a free economic zone,” Lavrov added. “There are many options that would allow us to work together on these islands without waiting for a complete final settlement of the peace treaty problem.”

Analyzing the statements made by Lavrov, one can come to a single conclusion (the Japanese should have come to him): the Russian minister outlined a plausible scheme for the normalization of relations between Tokyo and Moscow. The scheme is extremely simple: the signing of a peace treaty is one thing, and resolving the issue with the Kurils is another. In addition, the minister called on Tokyo to cooperate economically with Russia on these very Kuriles. It is clear that from close cooperation to signing a contract is one legal step. Russia is not going to give the islands back: the very cooperation of Japan with Russia on the territory of the latter implies the de facto recognition of the Russian status of the islands. The Japanese come to Russian territory, and not vice versa.

To donate the islands that Japanese politicians dream of obtaining, Moscow does not imply in any way to the Land of the Rising Sun - quite a few statements were made at the highest level. In Tokyo, they have long understood the futility of any attempts to get the “northern territories”. The changing Japanese premieres, however, do not refuse to argue: to forget about the claims would mean to lower the rating and to cancel some of your own election promises (especially for the belligerent Shinzo Abe). The image of the government, which stopped the dispute with Moscow, would have been destroyed. In Japan, immediate elections would start immediately.

The “return” of the Southern Kuriles by Russia would look altogether ridiculous. It would be utter madness to give away important from a commercial and strategic point of view the islands. Their water area is rich in both fish and hydrocarbon resources. In a military-strategic sense, ownership of the islands means free access for Russia from its Far Eastern ports to the Pacific Ocean.

Finally, if one imagines that, for whatever reasons, the Kremlin suddenly gave up the Kurils to the Japanese, one must also imagine a “continuation of the banquet”. Many states will begin to recall various old treaties and the old political map of the world with its borders between countries. Peace-loving Germans, for example, might wish Kaliningrad (formerly Königsberg), and the issue of Crimea would be sharpened by the “world community” to the very limit.

Today, Russia offers special conditions for Japanese businessmen on the islands. Tokyo should agree. The Cabinet of Ministers of Japan would be able to earn on this, if not political, then economic point.

Observed and commented on Oleg Chuvakin
- especially for topwar.ru
Ctrl Enter
Noticed oshЫbku Highlight text and press. Ctrl + Enter
We are
Kuriles - an integral part of our homelandThe history of the Kuril problem
110 comments
Information
Dear reader, to leave comments on the publication, you must to register.