Tricky comments. “People need to understand that for everything, for supporting Putin, for Georgia, for the Crimea and for the Donbass, they will have to pay”

January 25 2016
188
Interesting things can sometimes be seen, heard or read. Take, for example, Kasparov. Well, he should not be a stupid man. Still, the world chess champion was ... 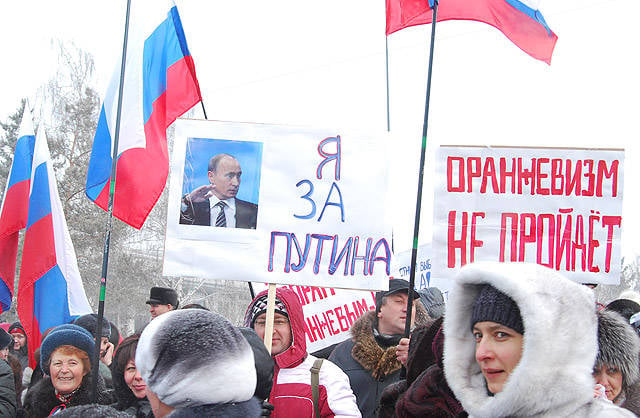 But there is something strange. As a diagnosis of brain burn. Nothing else to explain.

Okay, he does not like what is happening in our country today. Many do not like this, the only question is why and why. This is a matter of each person individually taken. And each (including on our resource) speaks to one degree or another on this topic.

But while reading Kasparov, one necessarily wants to take his head. Does he really believe in all this? Believes in the inevitable collapse of the “Putin regime” (well, you can believe in it) and everything that will follow?

“Obviously, after the collapse of Putin’s regime, Russia needs a period of“ cleansing ”, during which people must understand that for everything, for supporting Putin, for Georgia, for the Crimea and for the Donbass, they will have to pay.”

"They will have to listen to unpleasant things about what happened, that they actually supported the crimes of the regime. They will have to admit that with their consent the country is looted, and the recovery process will take a long time, comparable to the duration of the robbery."

Harry, what an old record! Do you really count on the Russian throne under her accompaniment? Well, stupid! It happened before. We were forced to repent for much. For the defeated German and Japanese armies, for the war criminals hanged and executed, for the fact that our ancestors did not run headlong to build a great Germany, for everything that we are proud of today.

It is clear that in our country there will be those who will frantically applaud the comrade-in-arms of the great freedom fighter Navalny. No problem, this is a question for everyone. Judging by the well-moderated responses in its FB, there are a certain number of fans who frantically drop tears of emotion over every word.

“I think that immediately after the collapse of the Putin regime, it is pointless to hold elections. For right after Putin, those who try to“ console ”the people will come, shifting all responsibility to the dictator and his inner circle - there have been some excesses and minor departures from the rule of law. these are no exaggerations. The Putin regime is the heir to the totalitarian regime that destroyed the color of the nation. "

I'm standing up applauding. It seems that Kasparov really knows even the date of the fall of the Putin regime. Well ... with his analyst of a great chess player ... why not?

But more interesting. Elections, therefore, is not necessary. There is no need. Those who are no better will come. And therefore, it is best to just take and put on the kingdom worthy. Worthy, as I understand it, is Harry Weinstein, a man exclusively Russian and with all his heart rooting for Russia.

No, I'm not an anti-Semite, do not think. But now I'm used to democracy. And here like this, without an election, bam - and on the Russian throne, the son of Kim Moiseevich Vainshtein and Aida Shagenovna Kasparova ... no, not comme il faut. Is it really so sad that we don’t deserve any Sergei Alekseevich? And only Harry Kimovich?

"The Putin regime is a continuation of the criminal activity of an organization called the Cheka-OGPU-NKVD-KGB-FSB. We will need not only our historical "Nuremberg", which will be given a legal assessment of the crimes of the communist dictatorship, but also real criminal trials of architects and accomplices of the current regime. Actually need total desovietisation, and especially decahebization of societybecause we somehow managed to cope with the ideological legacy of the CPSU. The fact that the bespredelschik today in the Kremlin, the Duma and other corridors of power - is, first of all, the result of the fact that the archives of the KGB are still closed. "

In both! No more and no less! I really like the enthusiasm and approach. “Historical Nuremberg”, “real criminal proceedings”, “total de-Sovietization” - this sounds encouraging. So I see these columns of accomplices and supporters of Putin, marching in the direction of Kolyma.

Or, Tsar-father Weinstein, still shoot everyone? Totally. Everyone who served in the KGB-FSB, their families, up to the fifth knee, all those who worked in the Kremlin, from ministers to the cleaners, and their family members. All the journalists who praised Putin (stop, we just don’t have to, hell, you’ll stop you, you’ll like your taste) in the media ...

Total cleaning of all Russia. Not bad, not bad.

But, what is most interesting, Weinstein (or Kasparov, as anyone, I, as a Russian, used to report to the father), knows perfectly well what difficulties will arise on his royal path. After the coronation, in a sense.

"At the same time, one should be aware that Russia will not succeed in avoiding serious political and socio-economic upheavals: the degradation of all spheres of public life in the country during the years of Putin’s rule has gone too far to be able to count on a stable recovery."

Clear. In short, Kolyma is at best what shines for me. Okay ... But how?

"One of the most important factors determining the further development of events will be the way in which Putin will be removed from power. Option with more or less voluntary care following the example of Pinochet or Jaruzelski you should not even be taken seriously, because it is fundamentally incompatible with the basic logic of the existing regime. Options for a palace coup and mass protests separately also have relatively few chances for success. Most likely, the regime will fall as a result of some combination of these two scenarios, when against the background of mass unrest caused by socio-economic collapse and a series of foreign policy defeats, the most imputed part of the ruling elite will finally decide to get rid of the bankrupt leader.

With such a development, the country will initially be in the hands of someone from those who today are part of the ruling regime.

To prevent this from happening, non-systemic opposition must be ready in the first days after the change of power, when the new government has not yet managed to gain a foothold and will be extremely vulnerable, to organize total pressure on power from below in order to impose its own scenario on it. "

Here it is, the moment of truth! What is it that got so sick? Ah, burned tires! Someone cleans Putin, immediately the people on the Maidan, and put pressure on the new government. Oho-ho, Harry, the same Kiev script! Wow! But okay, the most interesting thing to come.

"The only way out of this legal vacuum can be the convocation of a Constituent Assembly, designed to carry out a kind of" reset "of the state, breaking legal and historical continuity with the Soviet Union and declaring the creation of a new Russia - the heir of Russia's historic, destroyed by the Bolsheviks in 1917-1920. within the framework of state renewal, the Constituent Assembly should resolve fundamental questions about the form of government and the form of government of the future Russia, adopt a new constitutioncritically needed lustration laws and desovetisation, as well as approve new electoral legislation. "

Oh how! We will destroy everything here, to the ground, and then ... It is terrible to ask (and there was no text in the text) who, where and how will elect this Constituent Assembly. But, seeing such a disposition, Wang, that, probably, on the square and the universal orom.

In the end, since Harry is working on the Xerox of the Kiev script, why retreat? Once once, then go ahead!

Well, the most important thing: what is behind all this? What should this Constituent Assembly, chosen by the people on the square or somewhere else, do?

"- ... repeal all acts of Putin's powerviolating the Constitution and the norms of international law, including the annexation of the Crimea;

- start the process of "decahebization", open access to the archives of special services, eliminate the all-powerful power-hungry monster and such odious punitive structures like Department for Combating Extremism MIA;

- to eliminate censorship and restore freedom of speech, to carry out a radical renewal of the state-run media outlets, clearing them of those whose hands built the state propaganda machine;

- conduct staff renewal of executive bodies, including power - holding truly free elections is impossible, as long as the posts of governors, heads of internal affairs departments of the Federation and other key posts are held by people who were part of the Putin regime and directly participated in the pressure on the opposition.

Like this. There were still points, but as for me, and this is more than enough.

Once there was a man, he played chess, he received a good salary for it, he even received orders. When hated the USSR. Two whole. And then, apparently, something happened to him. Probably when I got carried away playing with American computers. And so...

Sits now in free Lithuania, and writes such. Hoping that his owners (and in the presence of such, after reading the script of "Perestroika of Russia" I am sure) will give him the opportunity to reign. And we will have solid democracy, lustration and repentance to all without exception. Like the neighbors now. There Valtsman otzhigaet, and we will have Weinstein. Lepote ...

Especially, of course, if the FSB and the Interior Ministry to disperse. And everyone who is like them.

And especially touched "the annulment of the annexation of the Crimea." Here, the Crimeans in joy will be that they will be returned back to Ukraine ... Friend Valtsmanu in a warm embrace ... And about lustration, too, pleased. Some have illustrated, now do not know what to do with these chandeliers.

Harry, I will tell you one thing in confidence, only you do not be offended. Life, especially in Russia, is a complex and many-sided thing. And you can not approach it as a chess game. And to the people - as pawns. You yourself beat the American supercomputers, making unconventional moves. Here and there as well.

The fact that the game you lost in the endgame this time is as clear as daylight. For with a one-percent rating of your supporters, you will not be able to do anything. And we will not give. So I do not own chess, but I would take the board. She can. From the heart and to the shake, if you have something to shake. Here, however, not sure.

And you have to pay for Putin’s support, I agree with you here. So we pay, if that. And we will pay for everything, and for the Crimea, and for Georgia, and for the Donbass, and for Syria.

Only one question: do you get enough health from us?

Ctrl Enter
Noticed oshЫbku Highlight text and press. Ctrl + Enter
We are
Results of the week. "This is not for you ..."Results of the week. “In our cooperative, the board is always agreed”
188 comments
Information
Dear reader, to leave comments on the publication, you must to register.