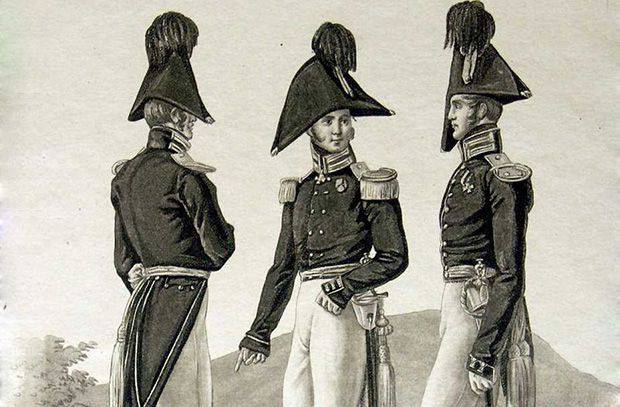 21 January 1701 was established the School of Pushkarsky Prikaz - the first Russian military engineering educational institution
Since 31 May 2006, in accordance with the presidential decree "On the establishment of professional holidays and commemorative days in the Armed Forces of the Russian Federation", January 21 is a memorable Day of the engineering troops. It is noteworthy that it is from this date that the annual list of military holidays and memorable days begins, and this to a large extent reflects the role that military engineers have played in army affairs for the last three centuries.

According to the statute, the engineering troops "are designed to solve the problems of engineering support of the battle." Translated from a dry statutory language, this means that enormous work falls on the shoulders of military engineers! They are engaged in the repair and maintenance of engineering equipment of all types, engineering reconnaissance of the area and objects, mining and demining, create non-explosive barriers and obstacles, build military roads in any terrain, build bridges and equip ferries, build fortifications, from field to in-depth command posts , are responsible for camouflaging troops and equipment from optical and radio intelligence of the enemy, and, moreover, are engaged in the extraction and purification of water for the army and provide electrical troops oenergiey, including turning the electrical field.

Of course, the engineering troops began to perform all these duties not from the first days of their existence, but gradually. And then to say: there were very few first Russian military engineers. In the first quarter of a century of its existence, Russian engineering troops have grown in number to just three and a half hundred people: 12 headquarters officers, 67 chief officers, and 274 conductors. It all began with an even smaller number of people who were accepted into the newly opened Pushkarsky Prikaz School in 1701.

Decree on the creation of this military school - the first in Russia! - was signed by Peter I just 21 (10) January 1701. The original decree, alas, was not preserved in the archives, but the Artillery Order report (the Pushkarsky order received this name in 1701) for 1701 – 1705 there is another document, which says: “In 1701, the year of General Law on 10, The decree ordered the great sovereign ... to build wooden schools in those cannon courtyards and teach Pushkar and other outsiders to children in their schools to use verbal writing letters from the school and other engineering disciplines and not to leave Moscow without a decree, except for artillery is not weaned and feed and water them in the above-mentioned schools. ” In the same decree, Peter emphasized that “engineers really needed an essence when attacking or defending, what is the place and should be such that not only fortification thoroughly understood and already served that, but so that they would have been courageous than this prone to eat. "

The school of the Pushkarsky Prikaz was two years old and consisted of three classes, each of which consistently prepared students to comprehend engineering science. Since far from all the nobility and other underage fell into the school, to the extent necessary, possessing a diploma, the first class - “the school of words” - filled this particular gap. The next class was called “school tsifirnaya”, and there studied mathematics. The third class, the “School of Engineering,” gave already profound knowledge in the field of military engineering and artillery.

After a year, it became clear that the training of artillerymen and military engineers needed to be carried out according to different programs, and 19 July 1702, the "engineering school" was divided into two classes: "Pushkarsky" and "engineering". In the same year, an engineer transferred 24 people to an engineer - and it is this number that, perhaps, should be considered the first reliably known number of Russian military engineers.

16 January 1712, Peter ordered the School of Engineering to multiply, namely: to find masters from the Russian, who would teach tsifir, or Sukharev Tower (in the School of Mathematical and Navigation Sciences. - RP) for this teaching to send, and when the arithmetic will finish, learn geometry as much as before engineering; and then give the engineer to teach fortification and always keep the total number of 100 people or 150, of which two-thirds or out of need were noblemen. " But since a hundred military engineers a year were not enough for the rapidly growing Russian army, in the year of 1719, by St. Petersburg decree, the St. Petersburg Engineering School was created, with which the Moscow Engineering School was transferred to the capital in 1723.

In 1722, in the Table of Ranks, officers of engineering troops were placed to the rank above officers of infantry and cavalry, which is not surprising given the high demands on their educational level. The same was directly stated in the documents of the Military Collegium: “Engineering and mine officers, both in ranks and in salaries, are distinguished from army officers in order that they are other officers, who only serve as a single sword, are superior to science before these to the highest ranks are made. " This was true of other officers of other specialties: in order to push them to master the subtleties of engineering, success in training was tied to an increase in rank: “It is necessary, so that officers know engineering, and noncommissioned officers of the teacher, and always and never know then there will be no higher manufacturer orders. ” To organize such training on the job, with the 1722 year, with each army regiment, the position of chief engineer officer was introduced. He was not only essentially a regimental engineer and the head of all engineering work, but he was also responsible for the engineering training of other officers. 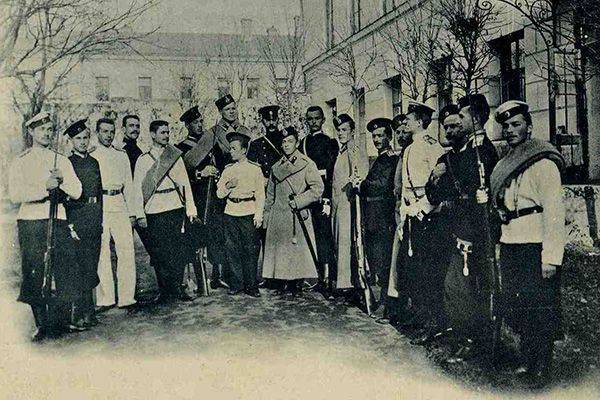 100 anniversary school Pushkarsky order (now Alexander Military School). Photo: Courtesy of M. Zolotarev / russkiymir.ru
Russian military engineers played an enormous role in all the wars that Russia had to wage after the 1701 year. During World War 1812, only at the first stage, during the retreat from the western borders, they built 178 bridges and repaired 1920 versts of roads, ensuring the freedom of maneuver of the Russian army. During the defense of Sevastopol during the Crimean War 1853 – 1856, sappers under the command of talented military engineer Edward Totleben created a unique system of fortifications, which for almost a year ensured the inaccessibility of the Russian positions. During the Russian-Turkish war of 1877 – 1878, military engineers achieved a surprising result: during the defense of the Shipka Pass, several attacks by Suleiman Pasha’s troops were repelled altogether without the use of artillery and rifle fire, solely due to electrically controlled land mines.

The engineering troops also played a colossal role during the First World War, on the eve of which the Russian army had 30 sapper battalions, 27 engineering and telegraph parks and 7 separate sapper companies, united in 7 sapper brigades. And, of course, without the heroism and everyday courage of military engineers, victory in the Great Patriotic War would have been impossible. By the end of the war, the Red Army numbered 98 engineer-sapper and 11 pontoon-bridge brigades, 7 engineeringtank regiments, 11 pontoon-bridge regiments, 6 flamethrower-tank regiments, 1042 engineer and sapper battalions and 87 pontoon-bridge battalions (including as part of brigades), as well as 94 separate companies and 28 separate detachments for various purposes. They planted more than 70 million anti-tank and anti-personnel mines, cleared 765 thousand square meters. km of territory and 400 thousand km of tracks, 11 thousand bridges were built and about 500 thousand km of tracks were equipped. Over 100 soldiers, sergeants, officers and generals of the Red Army engineering troops were awarded orders and medals, 000 of them became Heroes of the Soviet Union, 655 were full holders of the Order of Glory, and 294 engineering units and units were reorganized into guards.

Ctrl Enter
Noticed oshЫbku Highlight text and press. Ctrl + Enter
We are
Former glory of military engineers in UkraineThree hundred years they are the first on the battlefield
7 comments
Information
Dear reader, to leave comments on the publication, you must to register.