Terrorist attack in a major city of Pakistan

January 19 2016
5
In the north-west of Pakistan committed a terrorist act. According to local media, a suicide bomber committed a self-bombing at a police checkpoint in Peshawar. Information Agency Associated Press cites evidence that the terrorist had approached a checkpoint on a mined motorcycle, after which an explosive device was activated.


According to this minute, 11 people died, including four police officers. The rest are civilians, including two children of different ages. In the Pakistani media, they write that a famous journalist is among the dead.

Known and more than 20 injured. Most of them are also civilians.

Pakistani journalists write that numerous vehicles near the checkpoint were engulfed in flames by a suicide bombing, and blood and fragments of human bodies are visible everywhere. 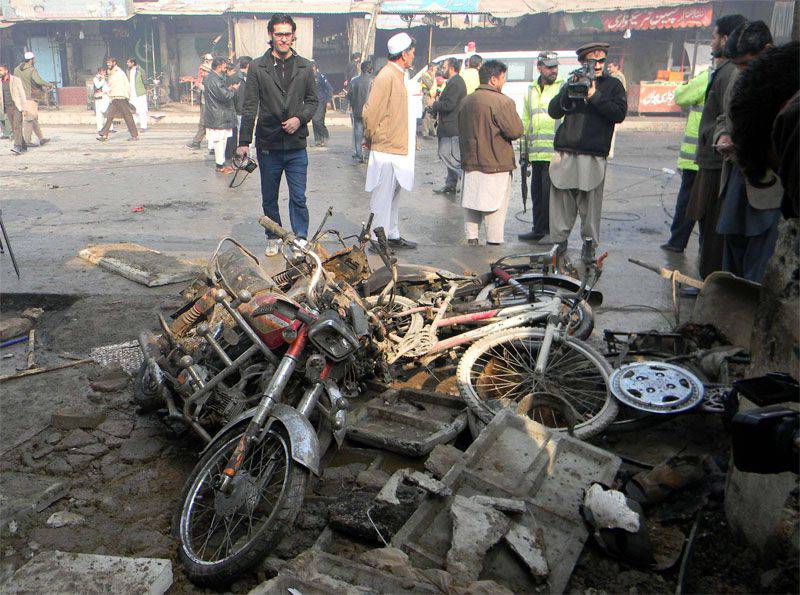 For reference: Peshawar is a large city with a population of more than 3,7 million, which is the administrative center of Khyber Puhtunkhwa. The explosion took place at a checkpoint located on the road connecting the Pakistani province with the adjacent province in Afghanistan.

Responsibility for the terrorist act committed was taken over by a Taliban cell led by a certain MacBul Dawar.