January 19 2016
20
The President of the Academy of Sciences of Tajikistan Farhod Rahimi recently made a statement that pays special attention to itself. The process of implementing the state program for the restoration and further operation of the Argus-FTI nuclear reactor starts in the republic. The program is designed for the time period from 2016 to 2020. It was signed in early November last year by President Emomali Rahmon of Tajikistan. Press service of the Academy of Sciences RT cites Farhod Rahimi’s statement:

Recommendations on nuclear and radiation safety were developed and implemented (in 2015). We have already begun work in this direction and are working within the framework of legislation and international documents signed by the Republic of Tajikistan. Currently, work has begun with our Russian colleagues, and, as we hope, practical work in this direction will soon begin. The main goal is to rebuild a nuclear reactor for its peaceful use in order to begin the necessary research and development work. 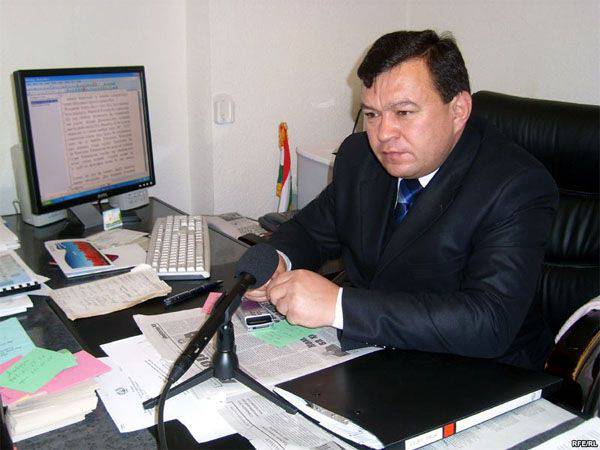 The main tasks in terms of operating a nuclear reactor, as they say in the Academy of Sciences of Tajikistan, are associated with its reconstruction and commissioning to create a special technological complex for the production of radioisotopes for their use in modern medicine and for the analysis of geological samples.

From the program of the Academy of Sciences of Tajikistan:
Radiographic, neutron-diffraction analyzes and non-destructive testing of the properties of objects can be carried out by means of a reactor. Using radiographic analysis allows for a number of elements to simultaneously determine their concentration and spatial distribution in the sample. Neutron-diffraction analysis allows the study of the crystal lattice of new materials, crystals, which have wide applications in microelectronics, nanotechnology, etc. Such materials are created in the Physics and Technical Institute named after S.U.Umarov of the Academy of Sciences of the Republic.

The first stage, which should be completed by 2017, is related to the preparation of the necessary technical documentation and professional staff. These personnel together with Russian specialists will be employed in the process of operating a nuclear reactor.

After the appearance of this kind of information in the press of Tajikistan and the Russian Federation, a frankly hysterical reaction from the side of, if one may put it this way, ultra-liberal panopticon revealed itself. And the Russian first. In the comments to the information on the restoration of the research reactor, statements of the following nature began to appear: from “Trusting Tajiks to work with nuclear energy is an unheard of adventure” and “They have ISIL and the Taliban near by” and “Russia is trying create a puppet nuclear state at the southern underbelly, covering everything with the term "peaceful atom".

But such a tantrum should be treated calmly, if only because the hysterics on the part of the ultra-liberal Panopticon is a thing that has recently been a constant companion of any bold initiative aimed at creation, and not at a new round of chaos. - Initiatives that, in addition, also click on the nose to all those who believe that science can and should develop exclusively in the camp of "exceptional" and their main partners, and the main tasks are raw material aging and systematic repentance "for past mistakes."

It is necessary to touch on what the phrase “restore a nuclear reactor” means in the statements of the president of the Academy of Sciences of the Republic of Tajikistan? And this means that the reactor began to be built in Dushanbe as early as the 80s of the last century. 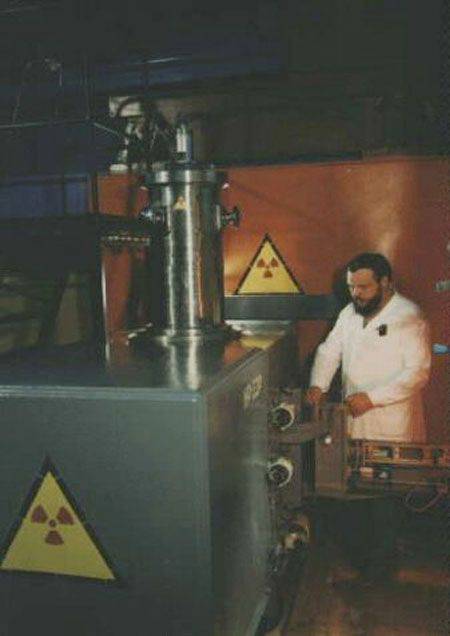 He began to build, but, as it happened, the work was brought to its logical conclusion and was not. This is a research nuclear reactor operating on salt solutions.

For reference. A similar object in the USSR was created at the Kurchatov Institute (now the National Research Center "Kurchatov Institute", Moscow) - a homogeneous nuclear reactor, the active area of ​​which is represented as a salt of one or another nuclear fuel, including uranium or plutonium, which (salt) dissolved in plain or heavy water. In this case, water is a moderator. It is this design of the research reactor that makes it compact, easy to use and highly efficient in terms of isotope production. It is distinguished by its low output power, which is still enough for research. Thus, the thermal capacity of the experimental reactor at the Kurchatov Institute is about 20 kW, and during the annual cycle of operation, no more than half a gram of uranium is consumed. 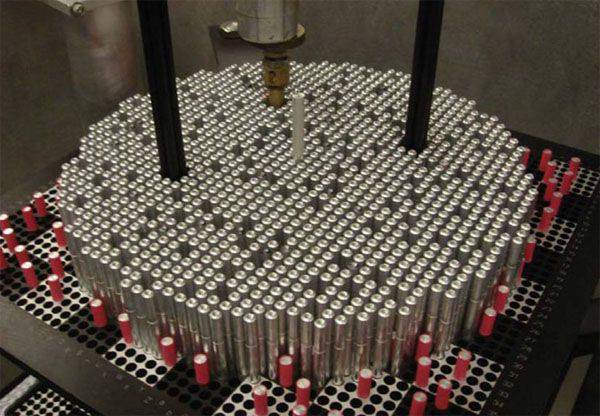 What conclusions can be drawn from the information voiced by Farhod Rahimi? Firstly, the fact that the stereotype of Tajikistan as a hopelessly backward country without any prospects, with the exception of the prospect of "turning the entire population into migrant workers," is nothing more than a stereotype. Secondly, the conclusion is born that, despite all the economic difficulties of the Republic of Tajikistan, scientific work in this country is not only being conducted, but also funded by the state, which in light of the latter News from a number of “tseevrop”, which announced a “complete and unconditional victory of democracy” against the backdrop of canned laboratories and research institutes, it seems quite a tangible achievement. Of course, to conduct scientific work in high-tech industries, it must be not so democratic as to ride in the squares and declare leading scientists and representatives of the scientific sphere “agents of the Kremlin”, but here, as they say, God be godly, Kesar Kesarev ...

And if the research work in Tajikistan really will lead to positive results both in the field of high technologies and in terms of the development of the scientific potential of the country, then it is quite possible to rejoice at this republic.

Ctrl Enter
Noticed oshЫbku Highlight text and press. Ctrl + Enter
We are
Tajikistan wants to get out of the influence of RussiaWhy Uzbeks and Tajiks do not take the world
Military Reviewin Yandex News
Military Reviewin Google News
20 comments
Information
Dear reader, to leave comments on the publication, you must to register.