January 18 2016
28
At the international airport of the Ukrainian capital, an American board was received, on which equipment for military communications and medical supplies were delivered to Kiev. After unloading, all this will be delivered to the landfills, where the training of Ukrainian security forces is carried out by servicemen of the American army. This is reported by the press service. US embassies in Ukraine. 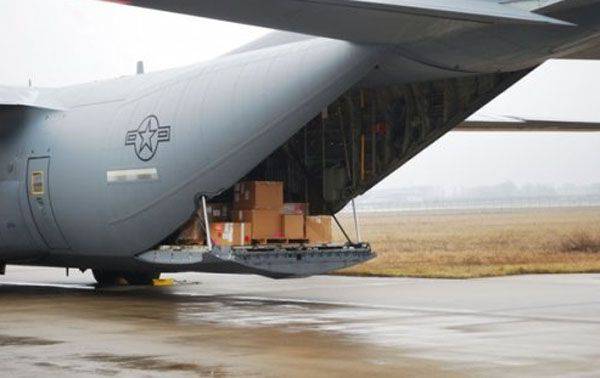 What exactly Washington’s hopes are associated with this initiative (and specifically with this help) is not reported in the press service of the American Embassy in Ukraine.

It should be recalled that the US budget (and in its military part) provides Ukraine with financial assistance. Whether this assistance will be limited to means of communication and medicines is a separate question.

Ctrl Enter
Noticed oshЫbku Highlight text and press. Ctrl + Enter
We are
The action “Military service under the contract is your choice!” In Rostov-on-Don: future contract servicemen, exhibitions and “Russian Knights”
Military Reviewin Yandex News
Military Reviewin Google News
28 comments
Information
Dear reader, to leave comments on the publication, you must to register.