January 18 2016
36
Almost simultaneously, the representative of the President of Russia, Boris Gryzlov, held talks in Kiev with Poroshenko, and presidential aide Vladislav Surkov was constructive and useful, and even in a brainstorming session, talked in Kaliningrad for six (!) Hours with US Secretary of State Kerry. 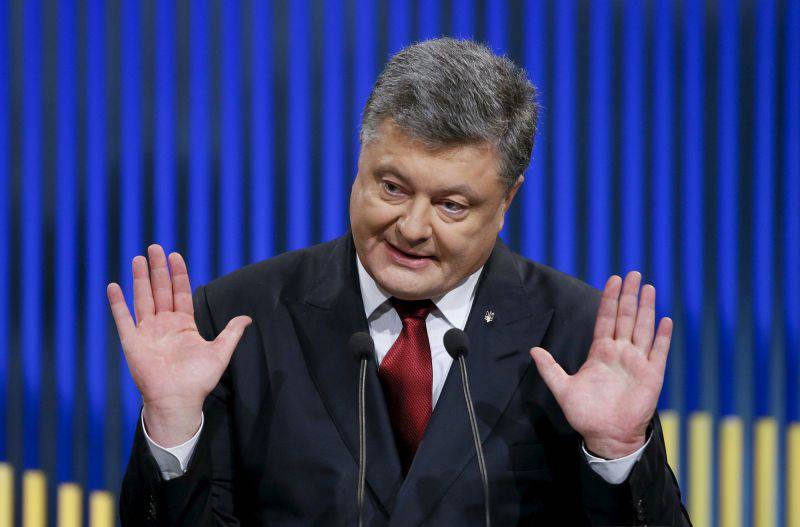 Gryzlov probably brought to Kiev the last proposal of the Kremlin on the implementation of the Minsk agreements, this is evidenced by the increase in the status of the negotiator, Boris Gryzlov - a member of the Russian Security Council. So that the Kremlin could say: “I did everything I could?”

Surkov spoke with Nuland about Ukraine too, but without Ukrainian representatives, to which a number of commentators in Kiev took offense. Do not merge?

This is the case when the secret will very soon become apparent. It seems that Gryzlov is the last chance for Poroshenko. Surkov's meeting with Nuland is even more interesting: who is Surkov, and who is Nuland?

Vladislav Surkov, although he is an assistant to the President of Russia, is clearly not a pair of Victoria Nuland, the US Under-Secretary of State. Vladislav, obviously, of lower rank, and also a non-public face. The former Yukos PR man, who became a Kremlin political consultant and curator of the Donbass policy of Moscow, has always been cursed by the Western press. With such a background - and six-hour negotiations with the second face of American diplomacy! Therefore Surkov was bursting with an excess of feelings, and he switched to a figurative language, speaking of “brainstorming”, together with Nuland ...

Not to mention the fact that for Kiev Surkov is just an odious figure, he even had a "case" about his involvement in the execution of the "heavenly hundred"!

This means that US Secretary of State Kerry really asked the Kremlin to meet with Nuland, and he had no choice. The phenomenon of Surkov in Kaliningrad, along with Nuland, is the message without words of Moscow to the entire Kiev top, so that everyone understands what is happening: they gave up on Kiev, and Washington, too! And there is some kind of denouement!

At this time, the General Prosecutor’s Office of Ukraine, under the leadership of the unsuccessfully dismissed, at the insistence of Nalyvaichenko and the company, Shokin, Poroshenko’s faithful oprichnik, conducts “large-scale checks” of the Right Sector battalions, Bandera’s avant-garde. Right before the second anniversary of the “revolution of dignity” ... The official Kiev press reported about this.

But the president of Poroshenko’s zits-president, on the contrary, continues to make aggressive and anti-Russian statements: “Ukraine will return to the Donbass!”, Although according to the Minsk agreements it’s right to say “will return”, according to these agreements. “Since January 1, Russia has begun economic aggression against Ukraine,” Poroshenko broadcasts, regarding the cancellation of TSN benefits, while the “most favored” regime in trade with Russia is “aggression” for him.

At the same time, the Security Service of Ukraine in Kiev kills one of the well-known Bandera saboteurs, the Man-Forester, during a detention at the safe house. One of the special forces is also dying. Kiev's “free press” immediately shouted that the Russian terrorist group had been neutralized.

Or maybe it was the Russian task force that detained the Forester? These questions today torment the true Nazi Bandera, because they know exactly who the Forester is. Or do Poroshenko's oprichniki clean up the “Right Sector”, from which Dmytro Yarosh very soon left?

Looking at all this, the true Banderots, who with dignity, are now experiencing a terrible cognitive dissonance, a kind of split personality or schizophrenia. When they hear one thing, they see something completely different. For two years, Poroshenko has been loudly speaking about “peremogs” over the “Russian aggressor”, but his eyes see only “zrady”.

And the next tranche from the IMF is expected only in February, although it should have been last year. And it will not do, but “expected” - feel the difference ...

The ex-president of Ukraine Leonid Kravchuk also struck a cognitive dissonance, and he suddenly declared that “the Ukrainian people are ready for disobedience and an explosion.” Is it really timed to the second anniversary of the Bandera coup? Maybe Kravchuk knows something about the Minsk political backstage, or he has a presentiment, because he himself participated in the collapse of the USSR ...

... Rosaviatsiya, analyzing the Dutch report on the Malaysian Boeing crash, pointed out to the Dutch Security Council that it was falsified, and roughly: there are no characteristic traces of "I-beams" on the wreckage of the aircraft - the damaging elements of the Beech missile warhead, which appears, nevertheless, in the Dutch report If the Minsk agreements are still disrupted, the Rosaviatsia will probably prove further which rocket leaves traces on the fragments of the Malaysian Boeing.

Ctrl Enter
Noticed oshЫbku Highlight text and press. Ctrl + Enter
We are
Or maybe just the way it should? A couple of words about the "Immortal shelf""Pathological liar" from the State Department
36 comments
Information
Dear reader, to leave comments on the publication, you must to register.