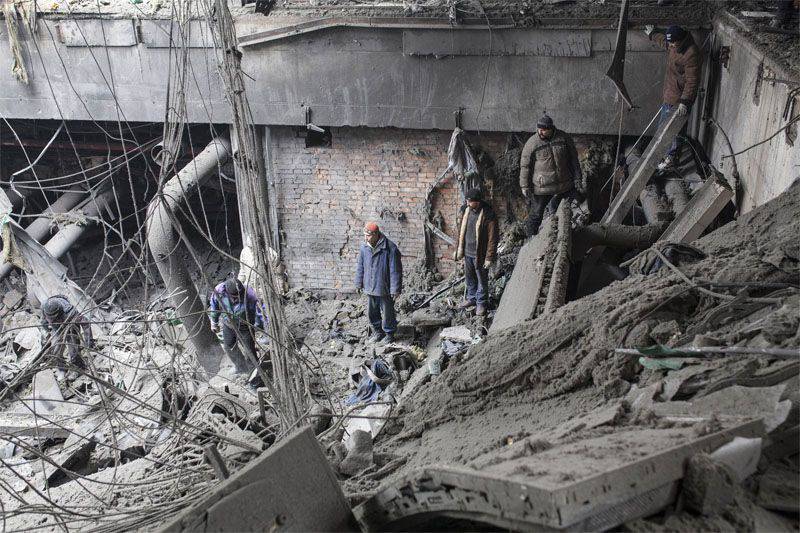 In addition, the Ukrainian security forces shelled the town of Kominternovo. As a result of the shelling, ten houses were damaged, one of which burned down completely. The shelling was carried out using anti-tank missiles, as well as mortars of 82 and 100 mm. Representatives of the OSCE mission headed by the deputy head of the special mission Alexander Hug left for the place.

The whole trouble is that no one can say what kind of visit the OSCE mission to the scene of the shelling, which (the mission) as a result does not find any particular violations, if we are talking about the Ukrainian side. And if it finds it, information about such violations is lost in piles of documentation, which, as a result, is not given a turn in the main office of the OSCE. This reduces the effectiveness of the organization in the Donbass to virtually zero.

Ctrl Enter
Noticed oshЫbku Highlight text and press. Ctrl + Enter
We are
Weekly summary (30 January-5 February) on the military and social situation in the DPR from the military officer "Mag"Reports from the militia of New Russia for 13-14 September 2014 of the year
Military Reviewin Yandex News
Military Reviewin Google News
44 comments
Information
Dear reader, to leave comments on the publication, you must to register.