In Syria, for the first time, a joint combat operation was conducted by the crews of aircraft of the Russian Aerospace Forces and the SAR Air Force

January 14 2016
91
The Information Department of the Ministry of Defense of the Russian Federation issued a report that a joint air operation was carried out in Syria for the first time, aimed at the destruction of terrorist groups, using the aircraft of the Russian Aerospace Forces and the SAR air force. On the Russian side, Su-25CM attack aircraft were involved in the bombing of terrorist infrastructure. Syrian MiG-29 fighter jets covered Russian military aircraft striking militants. 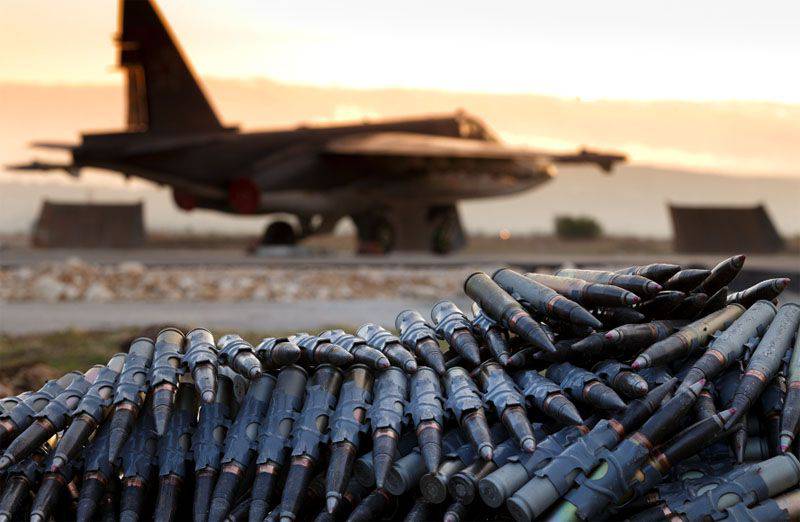 RIA News cites the press release of the main Russian military department:
The crews of the Su-25 WKS of the Russian Federation and the MiG-29 airplanes of the SAR Air Force performed a joint combat mission in the skies over Syria. A pair of MiG-29 fighters carried out a cover in the air of Russian attack aircraft, which attacked the infrastructure of terrorists. Syrian fighters flew from a home airfield and met Russian attack aircraft in the designated area, taking off from Khmeimim airfield, after which they escorted and covered Russian attack aircraft throughout the flight to the area of ​​strikes and back.

The report says that all aircraft successfully returned to their home base.

And at the Khmeimim airbase, representatives of the Russian Defense Ministry awarded Syrian soldiers who showed themselves during the search and rescue operation on the day of the attack on the Russian Su-24M Turkish fighter, and during the liberation of the city of Salma. This city, located in the province of Latakia, was a stronghold of terrorist groups, including the Al-Nusra Front group.

LifeNews quotes the words of the Syrian Colonel awarded by the Russian Order:
This order was awarded to me by the Russian military command for the courage I had shown in the province of Latakia, in the battles for the cities of Gmam, Guaybek and Salma and for participating in the operation at the height of Gmam, where gunmen shot down a Russian helicopter.