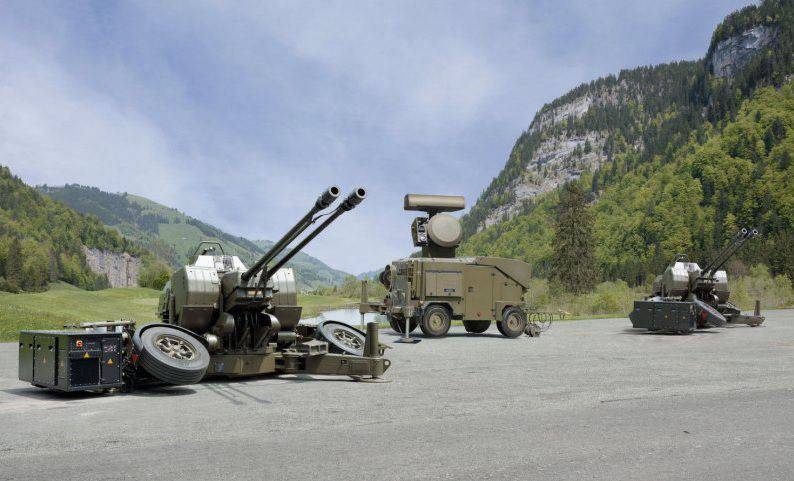 According to the press service, "the production and supply of the complexes will be carried out by the Swiss division of Rheinmetall Defense - Rheinmetall Air Defense."

We are talking about advanced complexes, the delivery of which is scheduled for 2017.

According to the company, “Each complex includes the Oerlikon Skyguard 3 fire control system (includes radar, electro-optical and laser channels and is located on the trailer) and two Oerlikon GDF35 Twin Gun towed automatic anti-aircraft artillery guns 007.”

“The GDF007 unit was created as a modified version of the previous 35-mm dual-engineered twin-gun version of this GDF005 family, featuring the use of digital-guided electric drives and the ability to use AHEAD projectiles with a programmable fuse,” the report says.

Thailand is the second buyer of complexes after Chile, which received a batch of these installations in 2012.

Ctrl Enter
Noticed oshЫbku Highlight text and press. Ctrl + Enter
We are
The action “Military service under the contract is your choice!” In Rostov-on-Don: future contract servicemen, exhibitions and “Russian Knights”Automatic guns for armored combat vehicles. Point of view of a Western specialist
Military Reviewin Yandex News
Military Reviewin Google News
49 comments
Information
Dear reader, to leave comments on the publication, you must to register.