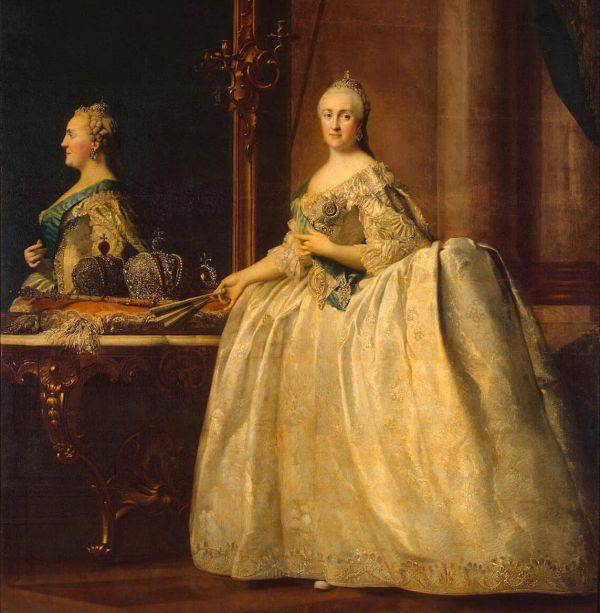 The Hermitage and the Rodina magazine continue a joint project, in which we acquaint readers with little-known rarities from the vaults of the main Russian museum.

Among several other Orlov family heirlooms, this letter was received in the Hermitage in 2007 by the will of Prince Nikolai Vladimirovich Orlov (1896-1961), great-great-grandson of Catherine’s nobleman Count Fedor Grigoryevich Orlov (1741-1796), brother and associate of the Chesme hero. The unique document, dated December 11, 1775, confirms the award to Count Alexei Grigoryevich Orlov (1737-1807) of four thousand souls with which Catherine the Great awarded him for the victory over the Turkish fleet in the famous battle of Chesme on June 26, 1770.

The letter was signed by Catherine II personally; it is distinguished by a magnificent decoration and is equipped with a wax seal embedded in a silver ark-hive with a chased coat of arms of the Russian Empire on the lid.

“We declare through this,” says the text of this document, “that OUR IMPERATIVE majesty, the most gracious for the good, judged welcome to the Chesmen battle forever and then to OUR General Anshef and Cavaler Aleksei Grigoryevich Orlov, four thousand men and women, and half a year ago, our son Anshef and Kavaler Graf Alexei Grigoryevich Orlov, four thousand men left and lands belonging to them, forests, meadows, lakes, mills and all sorts of land, leaving only seven hundred and eighty seven souls remaining from that parish as much as they belong to: and such is OUR IMPERATIVE The very closest pleas to both our Senate 17 September and 22 December 1772 were issued by decrees ... " 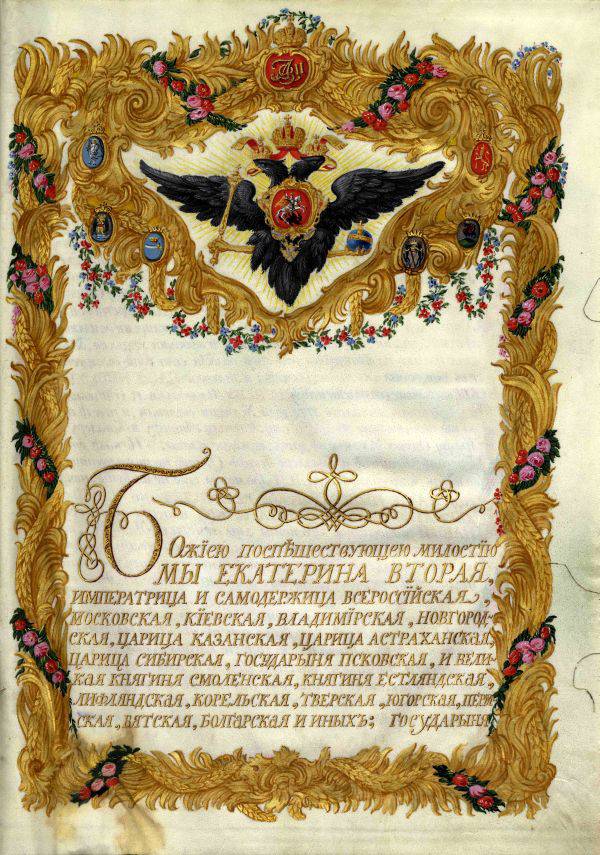 Alexey Orlov was born on September 24 of the year 1737 in the village of Lyutkino, Bezhetsk District, Tver Province. At the age of five he lost his father, the Novgorod governor, and for twelve years he was enrolled as a soldier in the guard. Endowed with an athletic build, in early youth, Alexey was famous for his wild temper; from twenty years on his cheek flaunted scar, obtained in a brawl brawl from the Life Lab Alexander Shvanvich. The brothers called him Alekhan; in the light, the nickname la balafre stuck to it (marked - fr.).

Despite the very modest rank, Alexei Orlov was popular in the guard and actively recruited in her ranks supporters of the enthronement of Catherine, whose favor was enjoyed by his older brother Gregory. Sergeant Alexei Orlov, who was not yet twenty-five, played a major role in the 28 coup of June 1762 of the Guard. A few days later, he provided the new empress with an equally important service, becoming, apparently, one of the reasons for those "hemorrhoidal colic" from which, according to the official version, deposed Peter III died ... 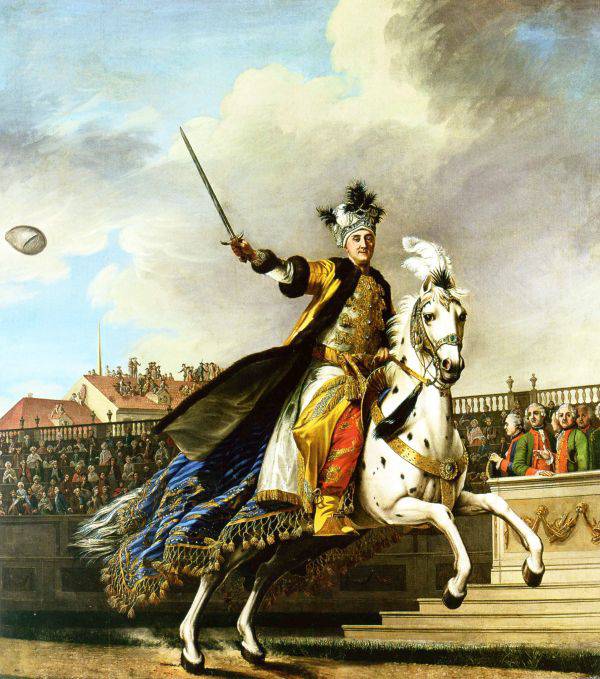 V. Eriksen. Portrait of AG Orlov. GE. 1766. Graf is depicted in the costume of the chief (leader) of the Turkish quadrille, in which he performed on that year on the famous court carousel. Photo: State Hermitage Museum
Battle of Chesme

Upon assuming the throne, Catherine II elevated the Orlovs to the count's dignity; golden rain fell on the brothers. Gregory and Alexey shared with the Empress her works and fun. In the summer of 1766, both became winners in the famous court carousel - a costume horse competition of four quadrille teams - Slavic, Roman, Indian and Turkish. Alexey Orlov headed the Turkish.

Two years later, the Turkish Sultan concluded our ambassador to the Seven Turret Castle and declared war on Russia.

The news of this found Count Alexei Orlov in Italy. From there, he sent the Empress a plan to fight the Ottoman Porte at sea. His plan was accepted; the empress sent two squadrons and sent them to the Mediterranean. At the head of these squadrons, Orlov joined the fight with the Turkish fleet and completely destroyed it in the battle of Chesme, despite the twofold superiority of the Turks in the number of ships. 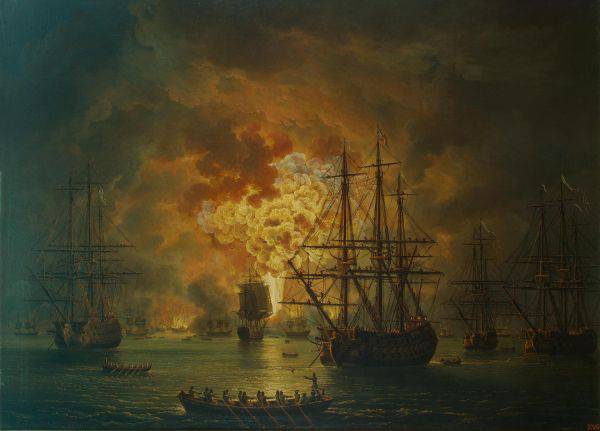 Ya.F.Hakkert. The death of the Turkish fleet in the Chesme battle. GE. 1771. Photo: State Hermitage
Triumph and disgrace

The first Turkish war ended in Moscow with celebrations in honor of the ratification of Kucuk-Kaynardzhiysky world. However, Catherine arrived in Belokamennaya long before the arrival of the Turkish ambassador Abdul-Kerim, Beglerbey of Rumeli, 25 in January 1775, two weeks after the execution of Pugachev, to celebrate the victory over the rebel. Count Alexei Orlov was at that time in Italy with a secret and responsible mission: he had to neutralize the princesse de Voldomir, an impostor who pretended to be the daughter of the Empress Elizabeth Petrovna and Razumovsky, the famous Princess Tarakanova. Catherine feared that the claims of the "princess" to the Russian throne would find support in Europe.

Alexey Orlov entered the impostor into trust, invited him to Livorno and lured the Russian warship into which she was arrested. On May 25, the prisoner was taken to the Peter and Paul Fortress, where on December 4 she died at the age of twenty-two. A week later, on December 11 in Moscow, 1775, the Empress signed a signed instrument to Alexei Orlov on a 4000 soul for a victory won more than five years ago ...

After the breakup of Catherine with Count Grigory Orlov, his brothers moved away from the court, and after the death of Catherine the Great fell into disgrace. Having ascended to the throne, Paul I transferred the remains of his father from the Alexander Nevsky Monastery to the Peter and Paul Cathedral. In the mourning procession, the emperor ordered Alexei Orlov to take part: he had to carry the crown, which he had once taken from Peter III ...

When the hero of Chesma was informed of the will of the emperor, he, according to the testimony of a contemporary, "went into a dark corner and wept sobbing." Soon he left Russia and returned only on the accession of Alexander I.

Burning at the stake

The Khotun volost, most of which the empress bestowed on Count Orlov-Chesmensky, belonged to the Serpukhov district in Moscow; Hotun village (now Khatun) is located on the Lopasne River, one hundred versts south of Moscow. The Orlov brothers lived in perfect harmony; from the possessions of Catherine, Count Alexei Grigorievich, keeping Hotun for himself, singled out significant estates to the brothers Vladimir and Fyodor. In his estate Semenovskiy Count Vladimir Grigorievich built a magnificent mansion Otrada. In it, he erected a family tomb in which they buried Alexei Orlov, who died in Moscow on December 24 1807 of the year.

Alas, his remains, like the ashes of Peter III, were not destined to find peace. The daughter of Count Anna Orlova-Chesmenskaya in January 1832 carried the sealed copper coffins of his father and his brothers Gregory and Fedor to the Novgorod Yuriev Monastery. In February, 1896, the ashes of Alexei, Gregory and Fyodor Orlov were returned to the tomb of the graves. But in 1924, the mausoleum was opened, the remains of the Orlovs were removed from the crypt and burned at the stake ... 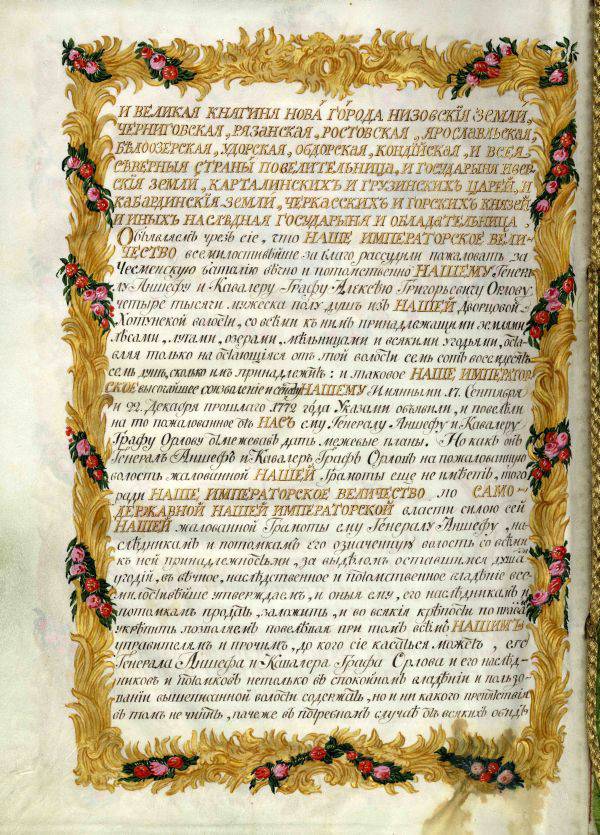 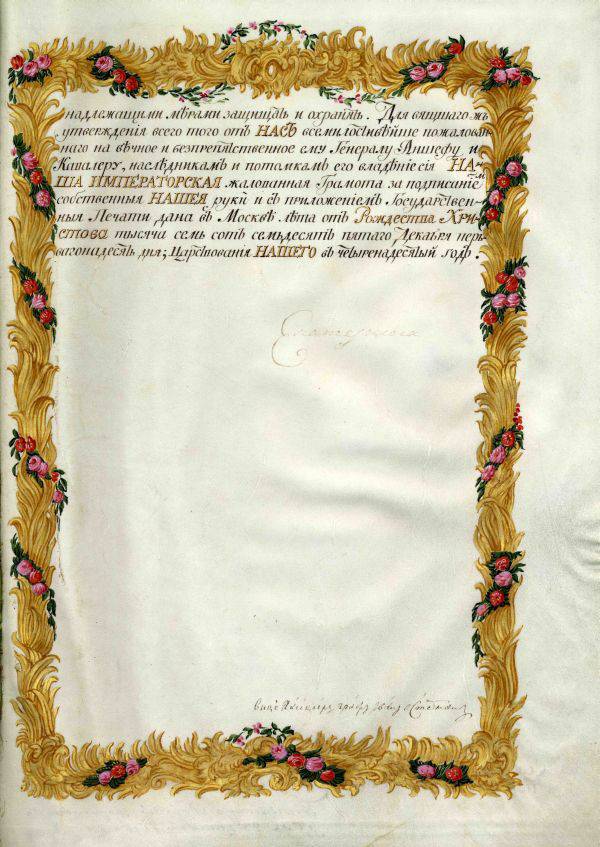