"Crimean" test for the federal government

January 12 2016
50
As you know, at the end of last year, a scandal broke out associated with claims of certain individuals from the federal leadership to the regional Crimean authorities. Claims - this is still relatively mildly ... Officials from among the central elites announced that the authorities of the Crimean Federal District, they say, useless business executives, because they did not manage to master the funds allocated from the state budget in a timely manner. They say, in Moscow, you understand, they climb out of their skin to provide the Crimeans with all the necessary financial assistance, and the Crimean authorities inhibit all federal initiatives and hamper the development of the peninsula that has returned to Russia.


It came to regional resignations. Several ministers of the Government of the Republic of Crimea left their posts. The resignation of powers was also announced by the chairman of the legislative assembly of Sevastopol Alexey Chaly. No resignations in the federal government followed ... How would everyone in their places, and all cope with the work ...

At the beginning of 2016, some details come to light, related to what was the reason why the Crimean authorities were so “indifferent” that the billions allocated from the state budget could not be mastered.

As previously assumed, according to the modern Russian tradition, the main amount of budget funds allocated for the development of the economy of the Crimean Federal District began to come in for 1,5-2 a month before the end of the financial year. More than 10 billions of budget rubles floated to the Crimean accounts in the usual emergency mode, according to the formula “just to report what they spent.” Apparently the main thing that worried at the time of allocating funds officials - "suitable" reporting. Does this scheme have a corruption component? - a separate question and concerning, as it happened, not only the Republic of Crimea and the hero-city of Sevastopol. This is real regional karma - all year expect the promised center of finance, and then, when there is no way to effectively spend these funds - “manna from heaven” in the form of federal millions or billions (depending on expenditure items) still falls on the region ... Many regional authorities in the country, they adapted to this method and succeeded with the "correct" reporting.

But for the Crimean authorities, who had not yet had time to join the all-Russian realities, this approach was very unexpected. So unexpected that in the Republic of Crimea alone, 8 billion rubles were left undeveloped, which, according to a number of rules, may require returning to the federal jug because of the “inability to effectively spend” these funds. 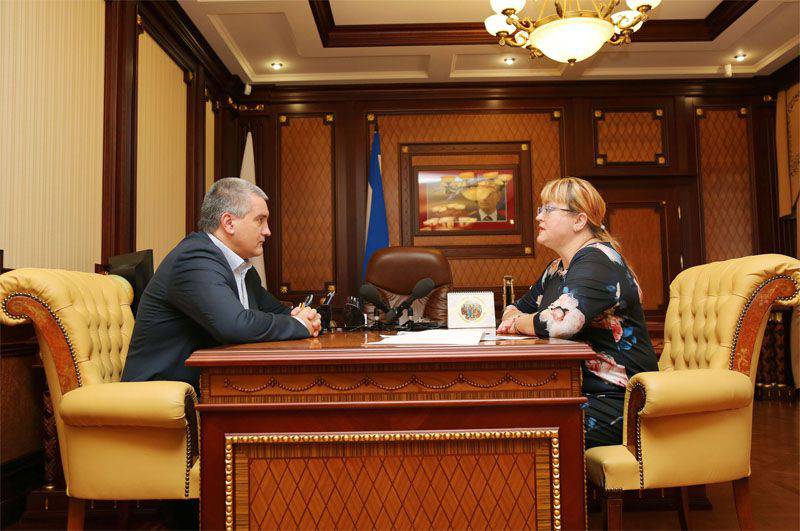 In order to make the appeal not look unsupported by the argument, the republican authorities remind the government of the country that the Crimea has been living since November in an emergency situation caused by the diversion of the Ukrainian side - undermining the power lines in the Kherson region. 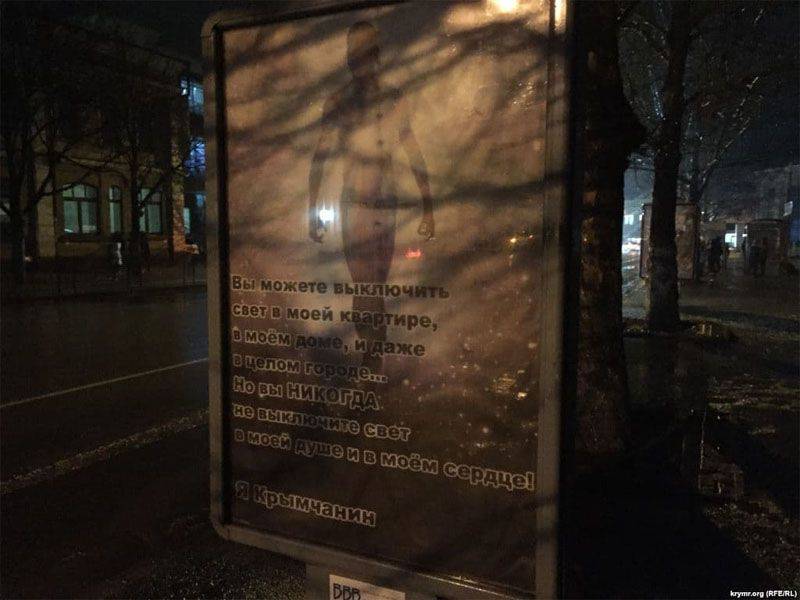 According to the head of the Crimean Ministry of Finance, Irina Kiviko, due to the emergency situation in force in Crimea since 22 in November, the regional authorities did not have time to close the acts of completed work and transfer funds under previously concluded contracts.

Irina Kiviko:
Therefore, I petition you to apply to the government of the Russian Federation so that the remnants of the municipalities and the over-fulfillment of the budget of the Republic of Crimea we can use in 2016 year. The municipalities - 3 billion rubles, and about 5 billion rubles - this means the budget of the republic. We have expenses, if we talk about the development of purely republican funds - 96 billion rubles. Federal funds were received in November-December, so it turned out that the percentage of federal funds disbursed was 83,3% of the amount received.

Sergey Aksenov:
A month and a half of emergency situations knocked us off track. I will contact the government of the Russian Federation. But all the ministries responsible for the use of budget funds must write official memos in which the procedure for disbursement of funds, terms and responsible persons must be written.

So, now the Crimean authorities have decided to arrange a sort of test for lice for the federal government. If there are officials sitting in the central cabinet, for whom it is more important not the statements on a piece of paper, but the destinies of millions of citizens, then, of course, they will not select the funds not spent for objective reasons, but will postpone their implementation to the current year. If, in the economic bloc of the government, the paper god and some doubtful desires are above the interests of the Crimeans, who are faced with serious problems in terms of energy supply, then they will withdraw the rhetoric about the “inefficient regional authorities” to be exploited with the sole purpose of reducing the amount of funds allocated this year to a minimum.

It remains to wait whether the “Crimean” test will pass the economic block of the federal government, or the Crimean authorities, having spat on honesty and transparency, “learn” the “traditional” spending of funds - first of all on paper ...

Ctrl Enter
Noticed oshЫbku Highlight text and press. Ctrl + Enter
We are
Energy blockade of the Crimea. Great damage to the economy and an attempt to genocide the populationRussia, Turkey and the "Crimean Question"
50 comments
Information
Dear reader, to leave comments on the publication, you must to register.