Briefly about the modern educational strategy ...

January 12 2016
333
The school year passed through the equator, and, by tradition, in the educational environment - new hopes, aspirations, plans. The main hope is connected with the fact that, finally, the era of reforming the educational system will end, and both teachers and students breathe deeply, freeing themselves from a series of various experiments and “innovations” that, excuse me, zatyukali (in the framework of the standards of decency pick up more or less literary word) officials from education.


However, unfortunately, there is no need to talk about the completion of the reform process, which has lasted for two decades at least. It seems that somewhere “above” there are people who simply benefit from the endless process of violence against the educational environment, which does not lead to an adequate result. A sort of controlled chaos in a single branch of the country; and in the industry, which by definition is strategic for any state that is really going to defend its interests and develop.

At what stage of reforming the education model is Russia now? Answering this question, we can single out several very “original” areas, which, as it turns out, in fact have little in common with the real stage-by-stage development. One of the pillars of the modern domestic (if it can be called a term derived from the basis of “Fatherland”) is a document written by the Ministry of Education and Science of the Russian Federation - the Federal State Educational Standard, acquaintance with which causes genuine emotions.

An important aspect of the Federal State Educational Standard (GEF) is a paragraph devoted to what should, according to the authors of the document, be a modern school graduate. You know, this is a very interesting piece of reading, especially considering the fact that quite recently Mr. Fursenko (the one who served as Minister of Education and Science) announced the need to educate and educate not creators, but qualified consumers ...

So, what does this GEF itself say about the qualities of a modern graduate who are ordered to be ordered by the state itself (the state standard)? Item 6 Section I GEF:

The standard is focused on the development of the personal characteristics of a graduate (“portrait of a graduate of a primary school”):
who loves his land and his homeland, who knows Russian and his native language, who respects his people, his culture and spiritual traditions;
aware of and accepting the values ​​of human life, family, civil society, multi-ethnic Russian people, humanity;
actively and keenly knowing the world, aware of the value of work, science and creativity;
able to learn, aware of the importance of education and self-education for life and activity, able to apply this knowledge in practice;
socially active, respecting the law and the rule of law, commensurate their actions with moral values, aware of their responsibilities to family, society, Fatherland;
respecting other people, able to conduct a constructive dialogue, achieve mutual understanding, cooperate to achieve common results;
consciously adhering to the rules of a healthy and environmentally sound lifestyle that is safe for humans and its environment;
based in the world of professions, understanding the importance of professional activity for a person in the interests of the sustainable development of society and nature. 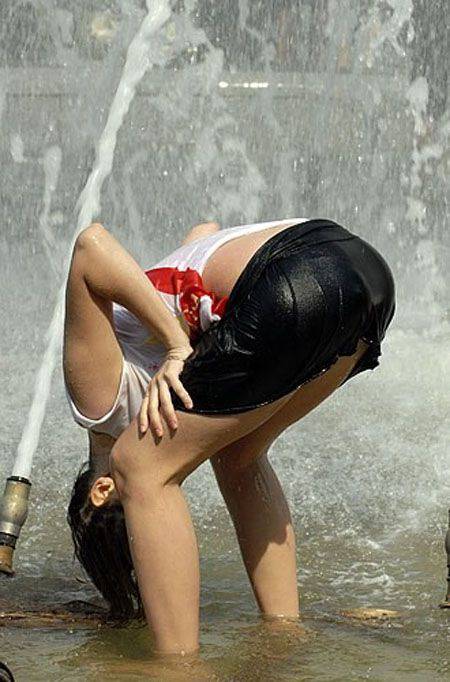 As you can see, everything is more than constructive. They even mentioned creativity, praising the statement of educational guru Fursenko ... On the threshold of the school, waving her hand in farewell, there must be a truly ideal graduate who knows the purpose in life, respects other people, honors traditions, recognizes the importance of education, work, science and creativity ...

Further, in the Federal State Educational Standard, 100500 points, which state that a modern Russian graduate is generally unique with formed mathematical, physical, geographical, literary and other types of thinking, able to operate with symbolic languages ​​and interpret the results .

It would seem that pure idealization and utopia, which in modern realities, God forgive me, the Bologna system and the EHE of the whole country looks absurd. However, f is not idealization, the Ministry of Education and Science tells us all. This is the standard! That is, a graduate of a school must possess, by definition, the kind of thinking that is unique with all the officials recalled. And do not care that such a single person has one hour of the same physics a week, but he, you know, must have physical thinking and (extract from GEF) “An understanding of the physical fundamentals and principles of operation (work) of machines and mechanisms, vehicles and communications, household appliances, industrial technological processes, their influence on the environment; awareness of the possible causes of technological and environmental disasters; gaining experience in applying scientific methods of knowledge, observation of physical phenomena, conducting experiments, simple experimental studies, direct and indirect measurements using analog and digital measuring devices; understanding of the inevitability of errors of any measurements ".

It can be seen that the child prodigy graduate (and so, as the standard says, every young consumer must be on paper) must understand the inevitability of errors of any measurements, and officials from the educational system, judging by everything, do not recognize any errors of their own work. Well, what kind of, sorry, mathematical and physical thinking is being discussed now, when instead of the systematic transfer of knowledge and skills, a pseudo-educational mess is exploited. For only one secondary school, hundreds of textbooks and study guides, which sometimes publish mutually exclusive theses (primarily speaking about the humanities), are “approved” by the bureaucratic apparatus.

This mess with textbooks has repeatedly been the subject of discussion. From the lips of President Vladimir Putin sounded the words about the need to create a single textbook (for a start) stories. However, in the autumn of the past year (2015), the government rejected the Yarovaya-Nikonov bill, which spoke about the concept of a single line of textbooks. The Cabinet said that a single textbook, you see, violates the principle of variation in education. But if so, then what, I'm sorry, why the hell did government officials enter in stormy long standing ovations when Vladimir Putin offered to introduce the mentioned single history textbook for Russian schools. That is, before the eyes of the president, they sweaty in their sweaty palms, and then the initiative was lowered on the brakes, without particularly betraying the result to the public. Hypocrisy? It turns out that it is the most ...

And is it not hypocrisy to publish the pretentious GEF, which refers to the “standard wizardkind graduate” against the background of the monstrous decline in the level of education and the growth of the level of powerlessness of the teacher ... Against the background of all the same statements about the “qualified consumer” ... Is it not a hypocrisy to improve the final statistics by not growing the quality of schoolchildren’s knowledge on the basis of an adequate standardization that meets real public and state demands, and a lowering of the “satisfactory” score? As you know, you can adjust anything to positive statistics, but will such statistics give impetus to our engineers in the future creating their own projects, rather than being content with projects purchased abroad (if sanctions allow ...)? ... They made their own competitive product, rather than puzzled over which country is now more profitable to be friends with in order to borrow the necessary products from it.

So far, all reform activities have been reduced to ensure that, at any inspection by a higher authority, all the papers of the director, the head teachers and the ordinary teachers are, as they say, in order. And in order - it is, according to modern norms, how? And this is so that the higher the stack of papers, the more “professional” the teacher would be ... The more he “drew” fours and fives, even if there is nothing to draw, the better - a) for personal statistics, b) for ministry reporting .