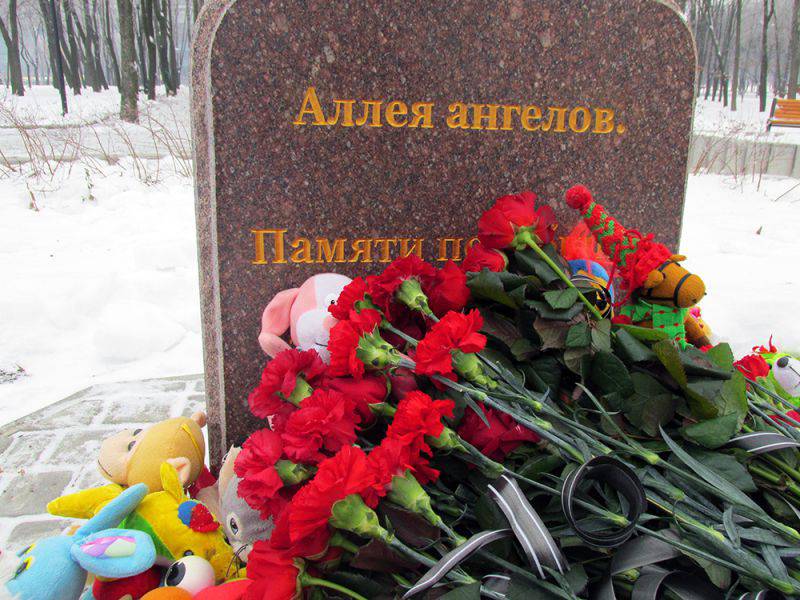 In Donetsk in the Leninsky Komsomol Park there is a monument to dead citizens of the DPR - a bouquet of mourning black roses forged from fragments of shells. This mournful bouquet is in memory of both adults and children whose life was cut short as a result of a criminal war unleashed by ukrohunta. And yet - two alleys of angels, where there are monuments to the dead children.

One of them is in Victory Park. Forged arch, under which is a plate. On this plate are carved the names of the dead children. The second is still in the same Park of Lenin Komsomol. This is a small, modest stove, located not far from the majestic memorial "To your liberators, Donbass". 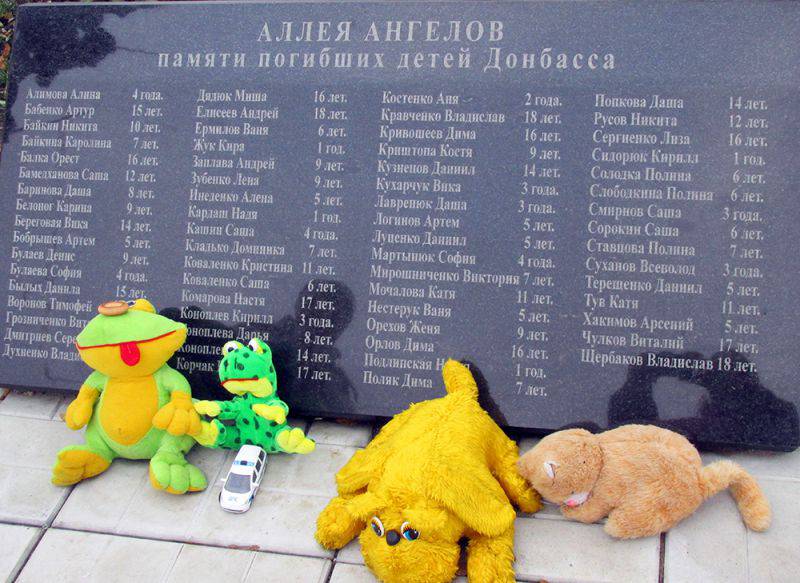 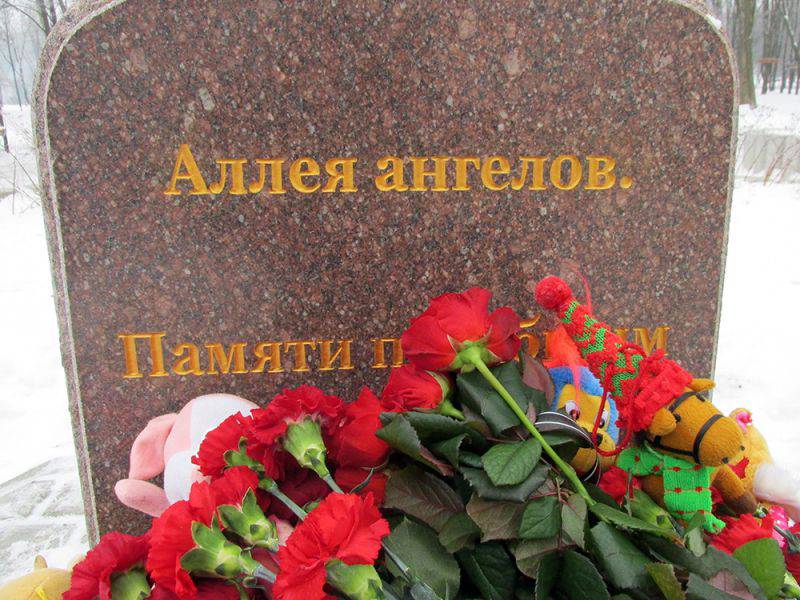 I do not want to say platitudes that children are the most defenseless in the face of war. In the end, everyone is equally defenseless against a flying mortar shell or a full package of "Grad". One should not, perhaps, argue about whose life is more precious - an adult or a child. Any life is priceless, except, perhaps, the non-lives of fascists, murderers and punishers. And yet - special monuments are erected to children who died in the war. And they bring not only flowers to them, but also toys ...

On Christmas Eve, 6 in January, carnations tied with a mourning ribbon and toy animals were brought to the mournful stone at the Alley of Angels in the Lenin Komsomol Park. "Angels of Christmas" - the so-called action of memory of the dead children. The main participants in the mournful ceremony were small residents of Donbass, many of whom are of the same age as those who will never frolic under the sky of a mining region. 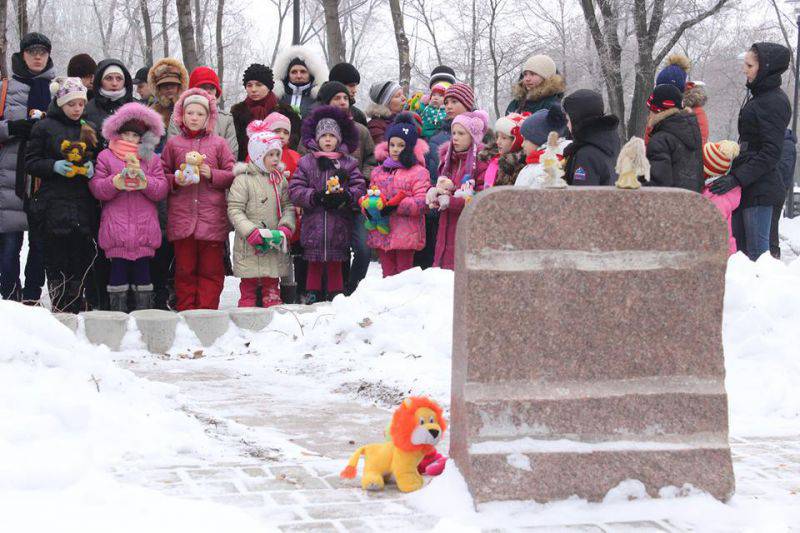 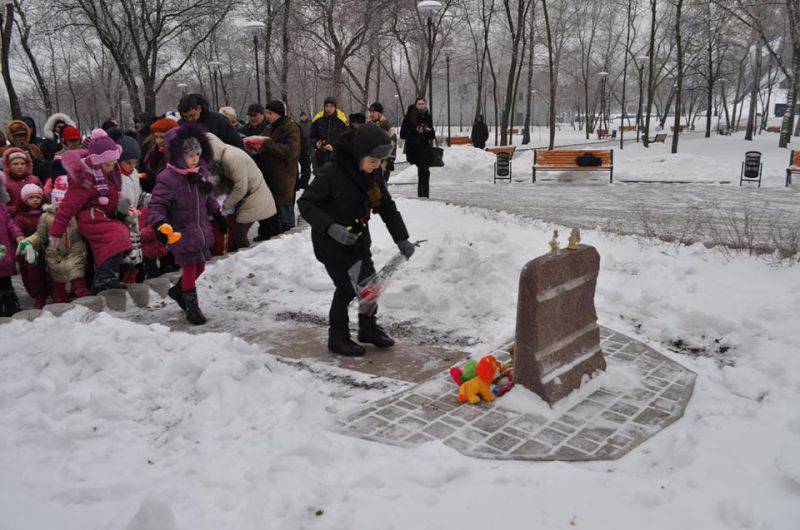 According to the adviser to the Head of the DPR on the rights of the child Yana Chepikova, 78 children became its victims during the long months of the war in the Donbas. So far, she said, a complete list of their names has been prepared. Among the young victims of punitive - a girl from the Kiev region, who came to her relatives and died as a result of shelling from the side of Ukrohunta.

“Our sacred duty is to remember the children who suffered and who died due to the fault of adults who threatened that the children of Donbass would be sitting in basements. But our children will raise our country in the post-war time. They will build cities and factories, develop the economy. But the memory of children who cannot do this should remain forever in our hearts, ”Chepikova said.

And in the museum of the Great Patriotic War another event took place with the participation of children - they wrote letters to Santa Claus, soldiers to the front, veterans.

“Dear Russian Grandfather Frost! Thank you for my new school. It is very warm and cozy, ”writes fourth-grade pupil Nazar in his message. “Give peace to all the children. I believe you can do it, ”the boy does not forget. And only after that makes a personal desire - table sea battle. 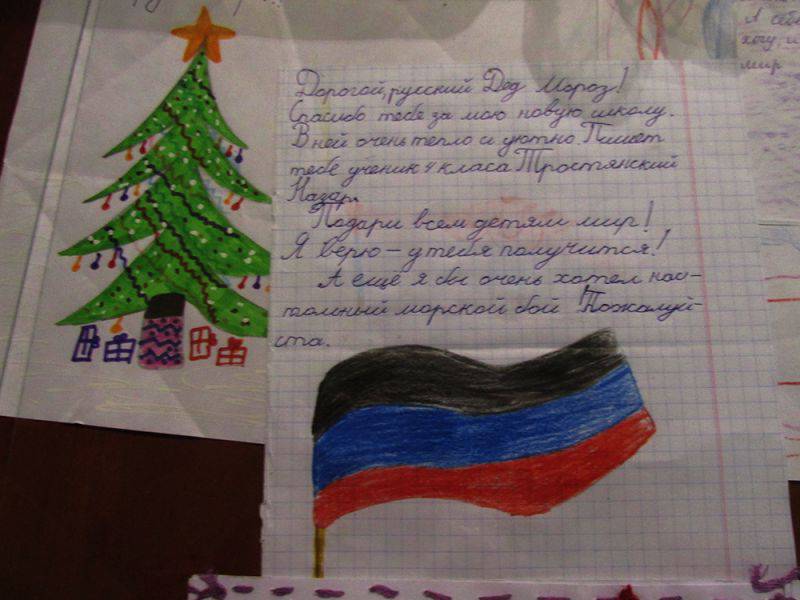 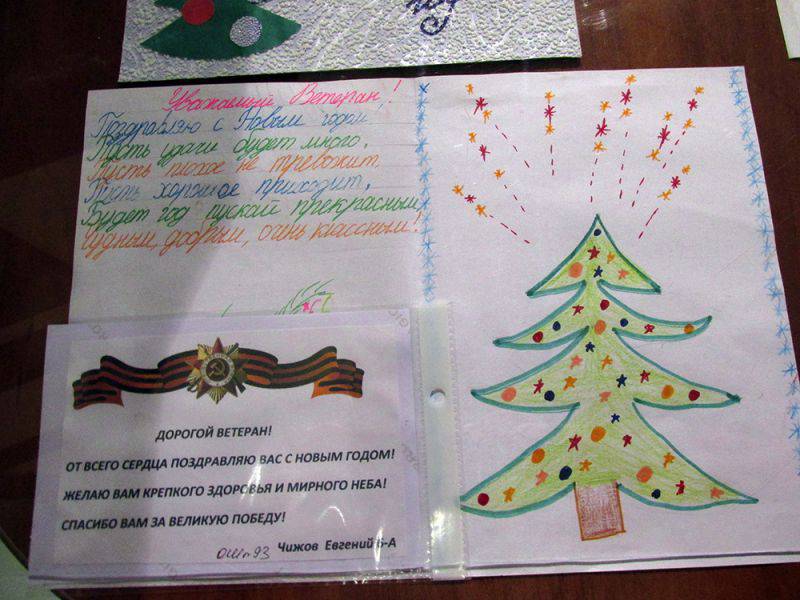 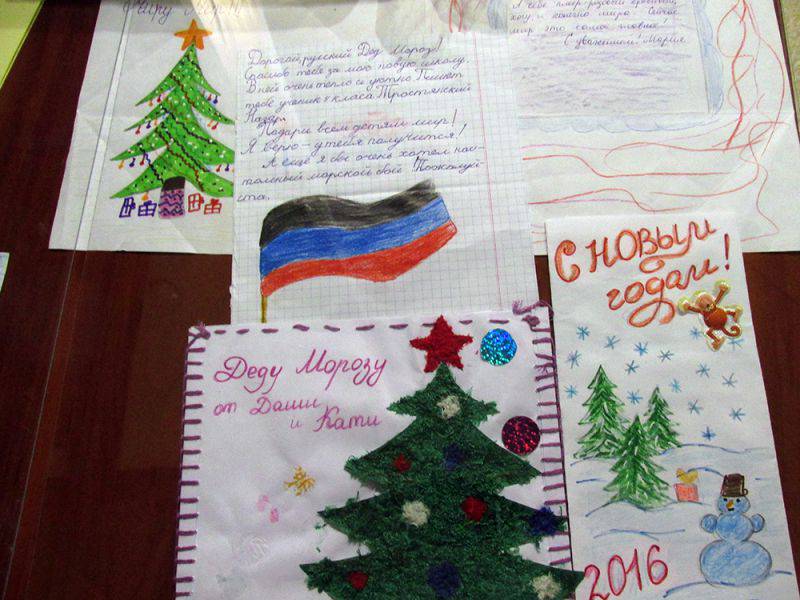 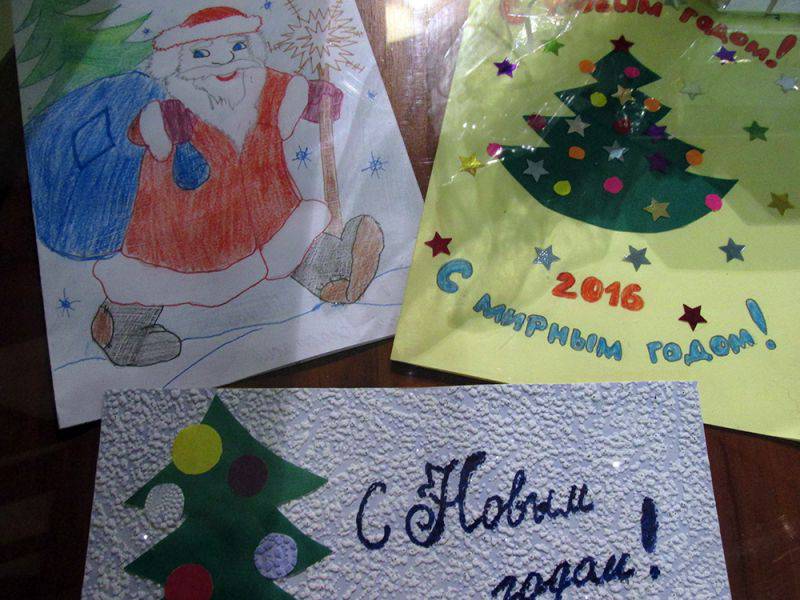 People are always pleased to receive gifts, but such touching and naive, made by children’s hands, are perceived in a special way, cause tears ... And, of course, the death of children is also perceived in a special way, more acutely, although any life is priceless. Letters will go to the defenders of Novorossia in the trenches, go to the apartments of veterans of the Great Patriotic War ... And soft toys brought to the stone on the Alley of Angels will stand silently, quietly swept away by the snow.