Why did Russian students disappoint America? 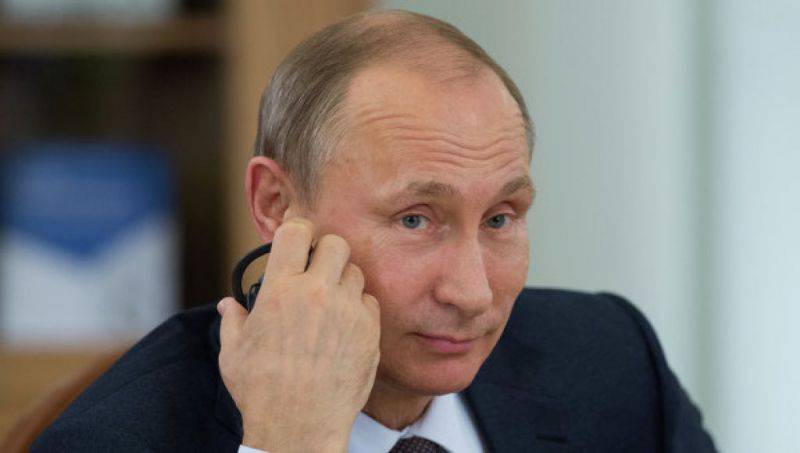 For more than 20 years of teaching experience at leading universities in Russia and the United States, few Western publications about Russian students and young people gave me more joy than the recent book by Ellen Mickiewicz Without Illusions: Voices of Future Leaders of Russia and the following comment by Sarah Mendelssohn Generation Putin’s ”in the magazine Foreign Forfears.

Mickiewicz - Professor of Political Science, Director of the Center for the Study of Communication and Journalism of the prestigious Duke University in North Carolina. Her last monograph was devoted to the views and attitudes of the younger generation of Russians. Mickiewicz is an honest analyst. If the results of her research do not correspond to what she expected, she does not try to manipulate them or sweep them under the carpet.

Despite the aggressive attempts at brainwashing of young Russians, which were delayed from perestroika times (including through textbooks published with Soros' money), most of the respondents questioned the claims of homegrown liberals and their overseas mentors that “Western liberalism would be the best political system for Of Russia. "

When asked whether such “blessings of civilization”, such as mobile phones, easy Internet access, the opportunity to visit other countries of young Russians to accept more liberal values ​​than those shared by their parents, young Russians answered “no” inspired.

Twenty-year-old Russians want to see Russia as a sovereign power opposing the Euro-Atlantic community and rejecting the primacy of international law over national law. Moreover, most of the students surveyed believe that Putin is leading the country on the right path.

And the last conclusion of the author: the more educated the young Russians, the more anti-American views they share.

With Sarah Mendelsohn, the author of the book review Ellen, I am familiar with 1995. In those years, Sarah worked with Mike McFaul at the Moscow office of the American National Democratic Institute (NDI), funded by the United States Agency for International Development (USAID).

We must pay tribute to her. It was she who highlighted the unseemly role of the US Embassy in Moscow during the presidential election in Russia 1996 of the year. According to Mendelssohn, the US Embassy expected falsification of the election results in favor of Yeltsin and officially "warned" the Moscow office of the US Agency for International Development "to distance itself from election monitoring, which could reveal real falsification episodes." The US embassy had every reason to expect election fraud because she herself participated in their organization.

Here, this is our way, in American style! Yanukovych tried to falsify the election results in Ukraine, so let him drop all the dogs from NGOs living in handouts from the US Embassy.

“Twenty years ago,” Sarah recalls nostalgic memories, “when I worked at NDI, I watched the election campaign in Khimki, not far from Moscow ...”

"Observed" - an obvious stretch! American salespeople did not "observe", but took a much more active organizational and financial part of "old Boris" in Russia, as Yeltsin called Clinton.

“We had a“ tormenting hope ”(and tantalizing hope) that Russia“ will eventually move to democracy, ”continues Mendelssohn.

Wait a second! How does the “transition to democracy” fit in her head with falsifications of the 1996 presidential election sanctioned by the US Embassy? And where would Russian political consultants find themselves in Mendelssohn’s place if they took part in the election process of a congressman in the United States?

When Mendelssohn read the review, I caught myself thinking that there are two analogies to her Russophobic spells.

The first is the “Heart of a Dog” Sharikov: “We were strangling and strangling cats!” And, to the displeasure of Polygraph Polygraph, we survived.

The second is a phrase from a composition about Trotsky of the legendary group 1980-x DK: “We attach carcasses to Russian // Our clever heads!”

It did not work under Trotsky, the new McFaul and Mendelsons arrived in Russia on 90, when our country was a "banana republic." And then a bummer! What Russian ungrateful ...

Why did I remember this today? In November, 2015, Sarah Mendelsohn, was approved by the US Senate as the representative of the United States in one of the main UN bodies - the Economic and Social Council. They did not have time to get rid of McFaul, whose upcoming departure was announced by LifeNews as the first of the Russian media, how Mendelssohn, another nominee from the nest of NDI's head, Madeleine Albright, became ambassador. I would not be surprised if she will soon replace the pensioner Tefft as the US ambassador to Russia.

But, as Lenin used to say: “dragging you, not dragging!” With such thoughts and faith in my Russian students, I will enter the class next week.

Ctrl Enter
Noticed oshЫbku Highlight text and press. Ctrl + Enter
We are
The honest story of euro Maydanovtsa about money, murder and window dressing MaidanFourth Scenario for Russia: What the American Experts Spoke for and What the Speak Out
Military Reviewin Yandex News
Military Reviewin Google News
121 comment
Information
Dear reader, to leave comments on the publication, you must to register.